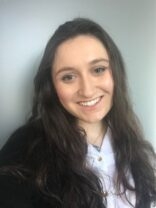 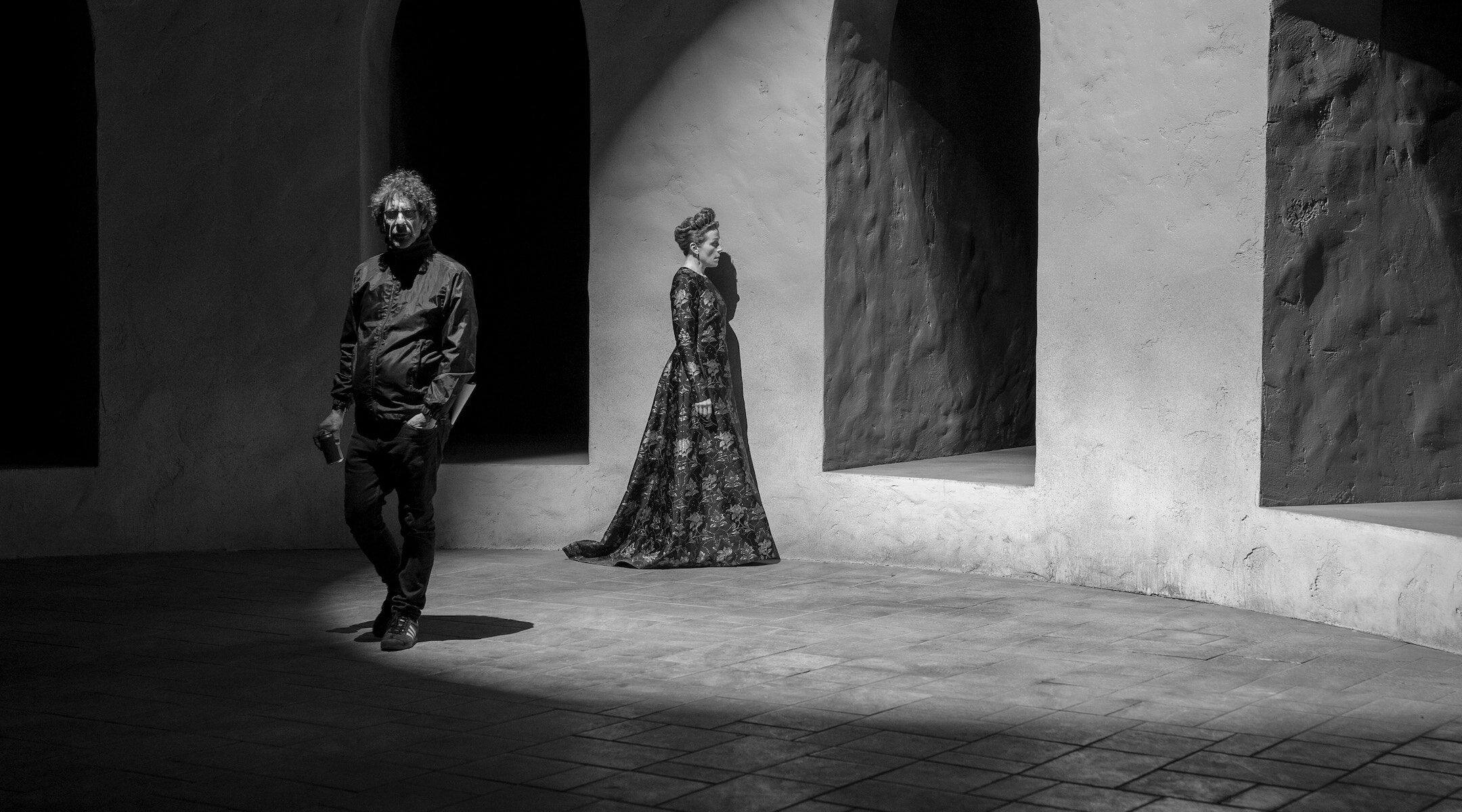 Writer-director Joel Coen and his wife, actress Frances McDormand, on the set of "The Tragedy of Macbeth," Coen's first film without his brother Ethan. (Apple TV+)
Advertisement

(JTA) — There is a Jewish interpretation of the story of Adam and Eve that situates the two back-to-back. Instead of God creating woman from the stolen rib of Adam, the two walk away and split — crack — into separate beings.

This is where we now find the Coen brothers, the Jewish filmmaking duo who have captivated audiences with their wacky, zany, beautiful, grandiose work for over thirty years: once a single unit, each indistinguishable from the other to the eyes of the average moviegoer, now improbably split — crack — into separate beings.

Joel Coen’s “The Tragedy of Macbeth,” which is seeing a theatrical release on Christmas in advance of an Apple TV+ screening premiere Jan. 14, 2022, is the first truly solo Coen film — that is, the first to be helmed by only one brother in either of their careers. (Though Joel was given sole directing credit on some of their early films, this was due to a Directors Guild rule, and did not reflect their actual collaboration; his brother Ethan has previously written plays solo, as well.) In addition to adapting and directing “Macbeth” himself, Joel also co-edited the film under the pseudonym “Reginald Jaynes” — perhaps a newly ascendant brother to “Roderick Jaynes,” the fictional alter-ego the brothers used for decades when they would edit their films together.

The Torah is full of stories of brothers who betray each other, but Joel and Ethan’s breakup, according to their collaborators, isn’t as grim as Cain killing Abel or as dramatic as Jacob buying Esau’s birthright. In an interview with LA Magazine earlier this year, the duo’s longtime composer Carter Burwell claimed that the brothers simply don’t want to work on the same projects anymore. Ethan, feeling burned out on filmmaking, is now turning his attention back to theater. Maybe Joel feels some kinship with his latest protagonist: like Macbeth, he pushes forward with his ambitions against the odds of his own legacy, if not prophecy.

A newly individuated director, known for his idiosyncratic approach to storytelling, looking to make a statement on his own: you’d hardly expect adapting one of history’s most frequently staged dramas to be Joel Coen’s next logical move. And in fact, in its close fidelity to the Shakespeare play’s text, “Macbeth” is a tonal departure from every other Coen Brothers entry. Even when the duo is adapting another’s source material, as in “No Country For Old Men” and “True Grit,” their films tend to emphasize their creators’ singular (and, until now, single) voice — a voice of relentless Americana, quirky dark humor and occasional off-kilter nods to Jewishness.

These signifiers — which in the past have included explicit Jewish philosophical musings about the nature of suffering in “A Serious Man,” as well as gags about Jewish rituals and beliefs in “The Big Lebowski” and “Hail, Caesar!” — have now been replaced by the Bard’s all-too-familiar iambic pentameter. The dense, macabre language is layered over an all-consuming atmospheric dread, as Denzel Washington’s gullible Scottish general and his scheming, seemingly ruthless wife (Coen’s actual wife Frances McDormand) execute their misbegotten plot to seize the throne by murdering those who occupy its line of succession.

Thus, a quirky, distinctly Jewish American sensibility (one that once allowed for a Vietnam War veteran to scream about being “Shomer f**king Shabbos” onscreen) has been exchanged for a classical one that echoes European cinematic traditions. This is true not only regarding the source material, but also in the visual allusions to the works of Scandinavian auteurs Ingmar Bergman and Carl Dreyer — both lapsed Christians whose works frequently invoked an absence of God.

At face value, there is no overt Jewishness coursing through “Macbeth” — neither Shakespeare’s original, nor Coen’s version, with the exception of the three witches’ curious spell recipe that calls for one “liver of blaspheming Jew” alongside “gall of goat and slips of yew.” (This brief moment is not, of course, Shakespeare’s most famous foray into depictions or discussions of antisemitism.) Yet the material is oddly appropriate for a storyteller known for spinning yarns about men who get caught up in their own doomed schemes.

As seen through Coen’s eyes, the ramping paranoia that seizes the title characters also echoes the watchful, calculating eye of our traditions. The inclination to celebrate success is nullified by the need to look over your shoulder, out the window, above your head — to always be on the lookout for who or what may spurn you. In this way, the creeping tension of Coen’s “Macbeth” is quintessentially Jewish, capturing the apprehensive need for validation at every turn — and the Torah, of course, has its share of power-mad kings consumed by fears that those around them may grow too powerful. The witches’ warnings, which alternatively edge Macbeth down his dark path and predict his own demise, become a substitute for our sages’ superstitions.

What is to be made of the most influential Jewish filmmakers of a generation parting ways, if brothers can ever truly do so? Some have posited that Joel Coen’s shift to a bleaker, more deliberate story with “Macbeth” represents a new journey, one that he was unable to undertake with his brother sharing the helm. Perhaps Ethan was responsible for more of the duo’s characteristic stylized zaniness, while Joel’s sensibility tilted more to traditional dramas.

Perhaps they really are a modern match for Esau and Jacob, respectively, with Joel now channeling his desire for the birthright of theater by laying claim to one of the most famous tragedies of the English language. (This metaphor sours when you remember that Joel is actually the older brother.) But evaluating “Macbeth” only by what it may have been with Ethan Coen onboard serves no artistic or critical purpose; it neglects the film in front of us.

A more fruitful conversation, instead, is what mark Joel Coen will leave as a solo filmmaker whose vast library of influences has always included his own work. With no reports of a feud between the brothers, it’s unlikely that Coen will eschew future references to Ethan’s work, even if only the sharpest, most Coen-obsessed minds in the audience can distinguish whose hand was responsible for what.

Will Coen’s singularity be the honor that he, like Jacob, loves beyond all other possessions? Or will his grasp for creative control liken him to Shakespeare’s tragic hero, dampening his achievements with the stain of what could have been?