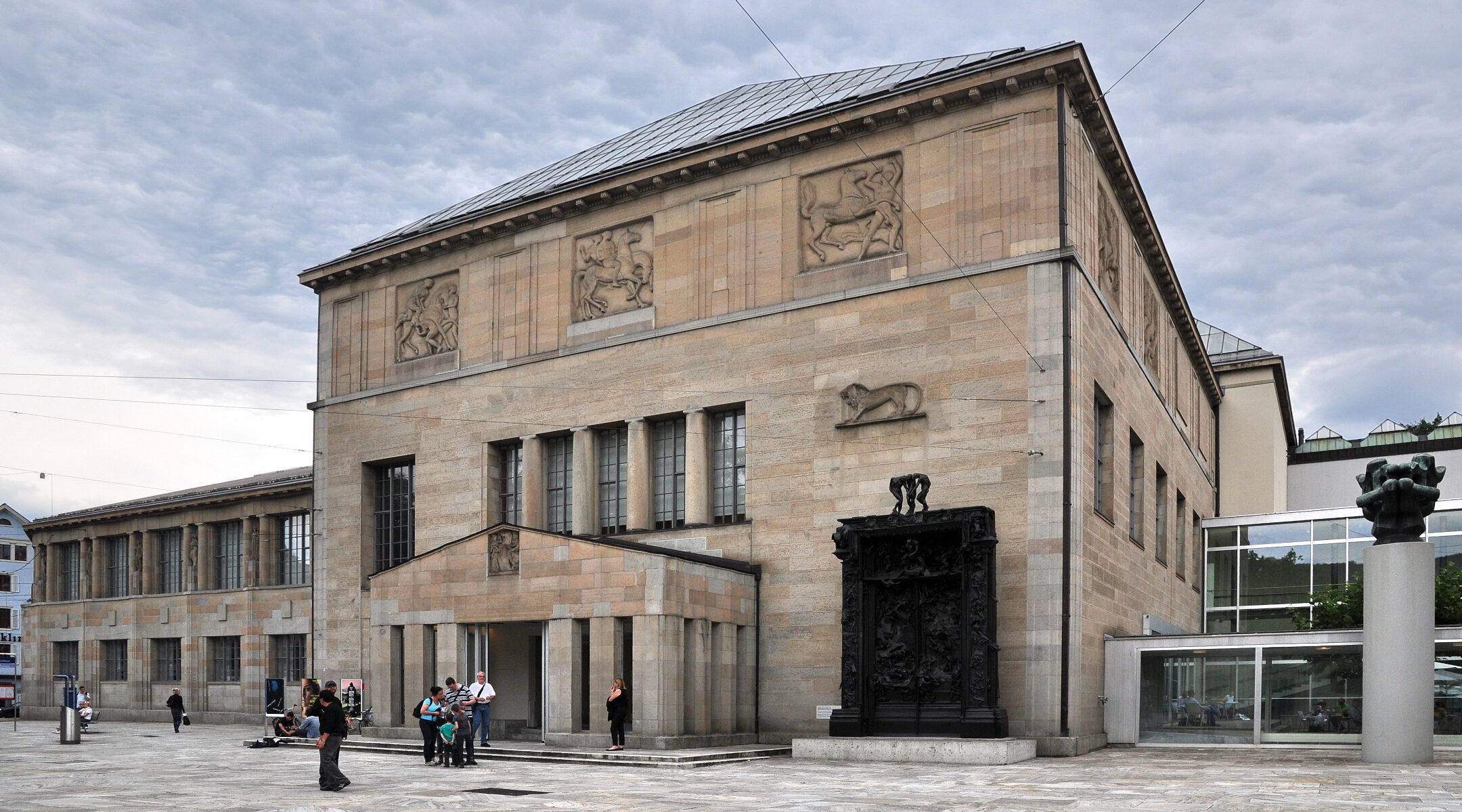 Visitor enter and exit the Zürich At House in Zurich, Switzerland on Aug. 5, 2011. (Wikimedia Commons)
Advertisement

(JTA) — A Swiss-Jewish artist has asked the Zurich Art Museum to return her paintings due to concerns that the museum features works bought for below-market prices from Jewish refugees in dire circumstances in the years leading up to and during the Holocaust.

“I no longer want to be represented at the Zurich Art Museum and would like to withdraw all of my work from it. I will buy them back at the original price of the purchase,” she wrote in a letter obtained by Tachles.

Cahn, a feminist artist whose work has won numerous awards, wrote the letter in response to a controversy that has been swirling for years concerning the Emil Bührle Collection, which is a central element of the museum’s new extension that opened earlier this year.

Emil Georg Bührle was a tycoon who accumulated considerable wealth selling arms to Nazi Germany and used his wealth to purchase the artworks that currently make up the collection named for him. The museum has faced criticism for acquiring the collection due to allegations the collection contained art whose provenance had not been properly researched or that had been purchased from Jewish sellers who felt compelled to settle for a fraction of the market price.

Alexander Jolles, the president of the Bührle Foundation which manages the collection, appeared to defend the collection at a press conference Dec. 15. Jolles said that Switzerland, which was neutral during World War II, had no anti-Semitic policies in the 1940s and that some artworks bought from Jewish dealers in those years changed hands in ethically-acceptable circumstances.

“It is not the case that every legal transaction that a Jewish emigrant has carried out in Switzerland and the USA and in other unoccupied areas is suspect and can primarily be regarded as forced due to persecution,” he said.

The Bührle Foundation says that none of the collection’s 200 artworks were looted or unethically obtained from Jews, but has also said it will facilitate the establishment of an external review to prove this.

Separately, the Museum of Fine Arts Bern last week said it would return two artworks by Otto Dix to a Jewish family, the heirs of Ismar Littmann from Wrocław, due to evidence suggesting — but not proving — it was looted from them, Tachles reported.

The paintings came from Cornelius Gurlitt, the son of an art dealer who targeted Jewish art owners ahead of and during World War II. Cornelius Gurlitt died in 2014, leaving his father’s collection to the Bern museum. It accepted the collection, stipulating it would return any work suspected as looted.

Out of approximately 600,000 artworks stolen by the Nazis, more than 100,000 have never been returned, according to Deutche Welle. Some of them hang in museums and private collections across Europe and beyond while others are the subject of drawn-out legal fights.

So far, only five countries — Germany, Austria, the United Kingdom, France and the Netherlands — have set up national committees to determine the provenance of suspect artworks. Such committees were a key requirement of the Washington Principles on Nazi-Confiscated Art, a landmark document agreed upon in 1998 by 44 countries.