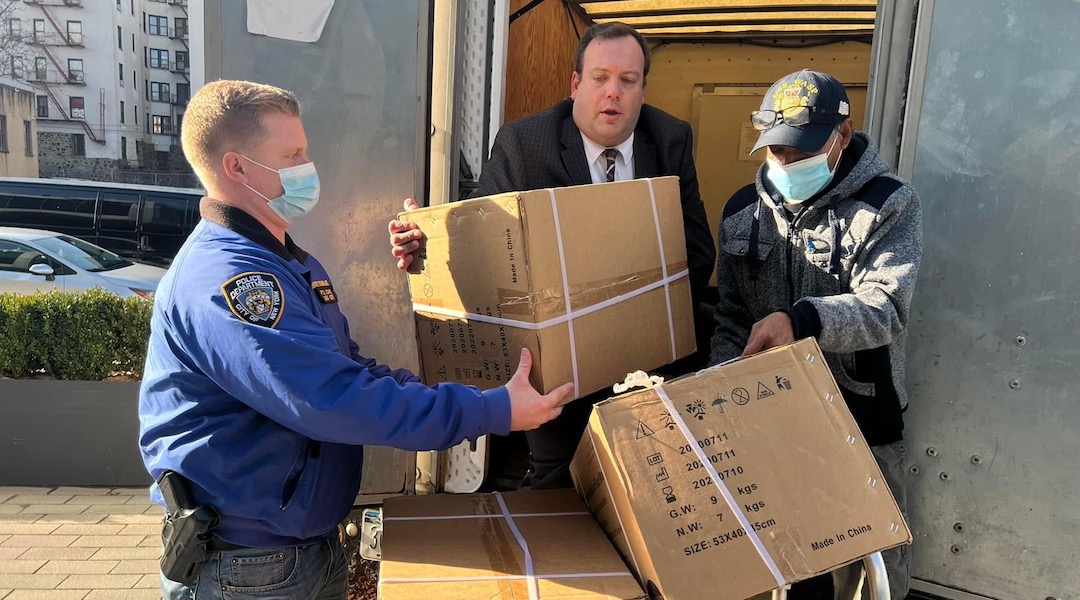 Good morning, New York. The city announced that schools will come back from winter break on Jan. 3, as scheduled, and students will return to a new testing system. New York City saw over 27,000 new cases and a nearly 20% positivity rate on Tuesday.

VETOED: Orthodox Jewish groups praised Gov. Kathy Hochul for vetoing a conservation bill they said was specifically intended to keep Hasidic Jews from buying land on the outskirts of Kiryas Joel, the Satmar community in Orange County. Agudath Israel of America issued a statement decrying “the antisemitism and discrimination implicit in the bill,” which proponents said would have preserved open space and protected natural resources in nearby Blooming Grove.

MORTGAGE RELIEF: The Boro Park Jewish Community Council is offering a new program to help homeowners meet overdue mortgage payments. The program, funded by the NYS-Homeowner Assistant Fund, can help homeowners apply for funding of up to $50,000.

HELPING HANDS: A Jerusalem-based charity is expanding to the New York area, providing a platform for volunteers to prepare food staples and packages that are distributed to needy families. The Pantry Packers pilot program launched this month at North Shore Hebrew Academy in Great Neck, where students packed over one ton of rice for some 325 families and raised over  $8,000 in contributions.

PANDEMIC RESPONSE: The Council of Jewish Organizations of Staten Island is teaming up with the NYPD and Project Hospitality, an interfaith program helping hungry and homeless people, to tackle new challenges created by the spread of the Omicron variant. The partnership will include  food collections and efforts to educate the community about COVID-19.

FROM THE ARCHIVE: With New York City capping its Times Square New Year’s Eve celebration at just 15,000 people, we look back at another moment when the annual tradition was almost up-ended: In 1990, when no sponsor came forward to pay for the traditional ball drop, comedian Jackie Mason agreed to cover the cost. “The tradition of the ball is almost as holy as Yom Kippur or Passover,” Mason said at the time.