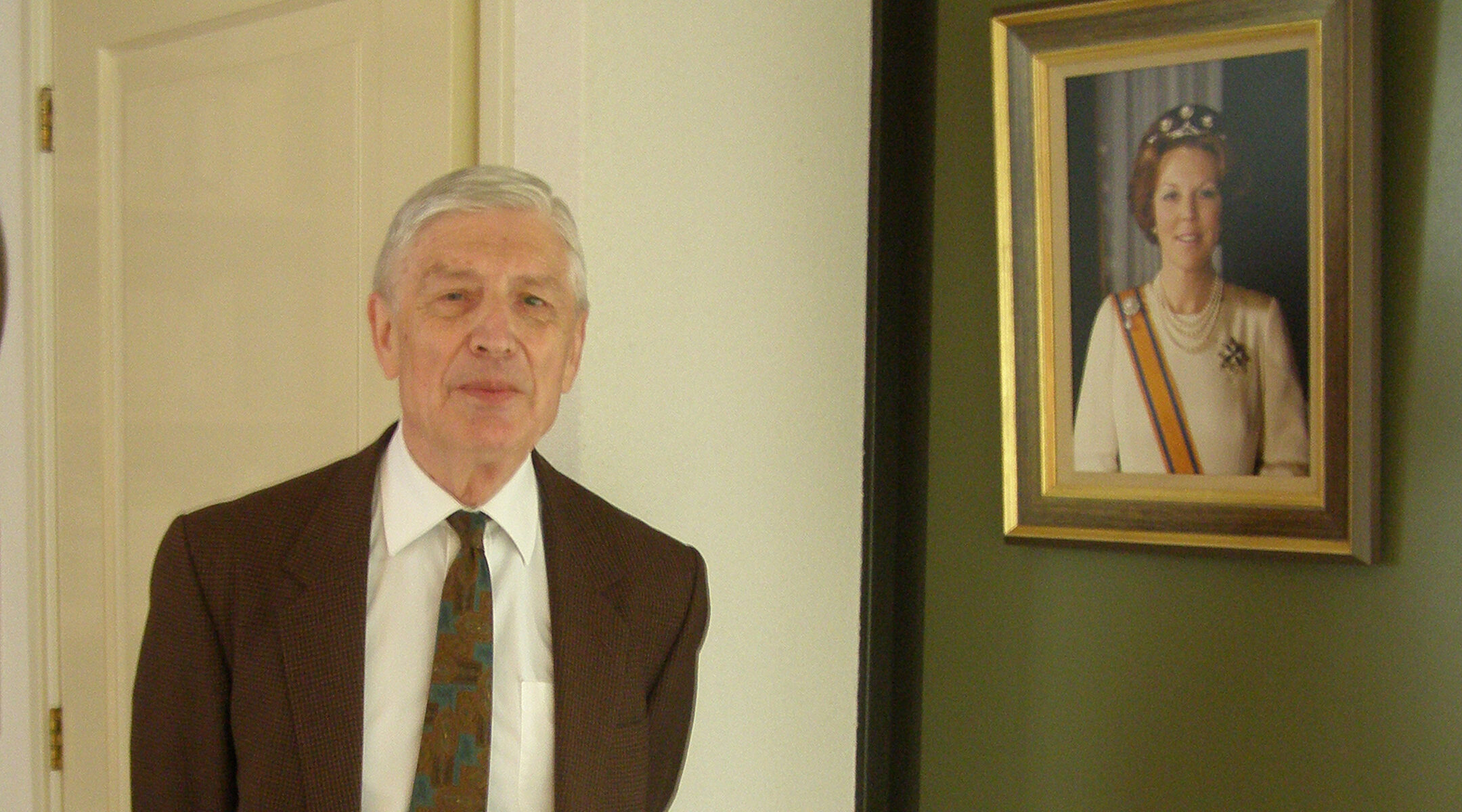 (JTA) — A former prime minister of the Netherlands, Dries van Agt, said in an interview for a recently aired documentary that Israeli settlers poisoned their Palestinian neighbors in 2015, drawing criticism from Dutch Jews who say he is perpetuating a centuries-old antisemitic blood libel.

B’Tselem, the leading Israeli organization devoted to documenting alleged human rights violations, said it is not aware of the incident described by van Agt.

“The colonizers who conquered the hill a week or two earlier came each night to pound on their door at night, to achieve maximum intimidation, to tell them to go away and they refused,” Van Agt said in the interview for a documentary on antisemitism that was aired in November by the KRO-NCRV broadcaster. “And then one morning something terrible happened: The olive grove and the vegetable garden below — the colonizers always take to top hills – were strewn with poison. And a three-year-old child became very ill. The only explanation was that she drank the milk of a poisoned goat. She was poisoned.”

Van Agt, 90, then began crying and apologized for his emotional state. The incident occurred in 2015 near Nablus, he said.

His interviewer, Frans Bromet, asserted: “These things, they’re not unusual.” Van Agt replies: “Oh, no. That’s what the wonderful people from the peace organization say. This happens all the time in the occupied territory.”

B’Tselem spokesperson Dror Sadot told the Jewish Telegraphic Agency his group is aware of one case of alleged poisoning by settlers in 2005, resulting in no human casualties.

CIDI, the Netherlands’ main watchdog on antisemitism, accused van Agt, who served as prime minister from 1977 to 1982, of spreading a blood libel. Chairman Ronnie Eisenmann criticized KRO-NCRV for airing the documentary “without checking the basic accuracy” of van Agt’s claims.

Kees Broer, an author who has written extensively about anti-Israel sentiment in the Netherlands, wrote on his website that van Agt is helping to spread a common conspiracy theory.

Van Agt has fought accusations of antisemitism since the 1970s, saying they have been the result of his support for Palestinians. In 2008, he compared Israel to Nazi Germany and spoke at a rally in Rotterdam that featured a televised address by a leader of Hamas, the Palestinian militant group considered a terrorist organization by the United States, Israel and others.

Van Agt has also said that the Jews “should have been given a piece of land” in Germany instead of Israel. In 2017, he praised the Dutch Labour party for being “good for the Palestinians despite the strong Jewish lobby” in its ranks, according to the Central Jewish Board of the Netherlands, or CJO. And as justice minister in the 1970s, he cited his “Aryan” roots in explaining his plan to pardon four Nazi war criminals due to health reasons.

Van Agt said this to a journalist in explaining that his predecessor, who was Jewish, allegedly had also supported giving the pardon but failed to realize it. Van Agt had a slim chance of succeeding where his predecessor, Carel Polak, had failed because he’s “only an Aryan,” he told the journalist. The criminals were not released during van Agt’s term.

The CJO called van Agt an antisemite publicly for the first time in 2017.

KRO-NCRV did not respond to a request for comment sent to their spokesperson.

The Rights Forum, a pro-Palestinian organization founded by van Agt, said it forwarded JTA’s request for comment to van Agt. He did not reply in time for the publication of this article.