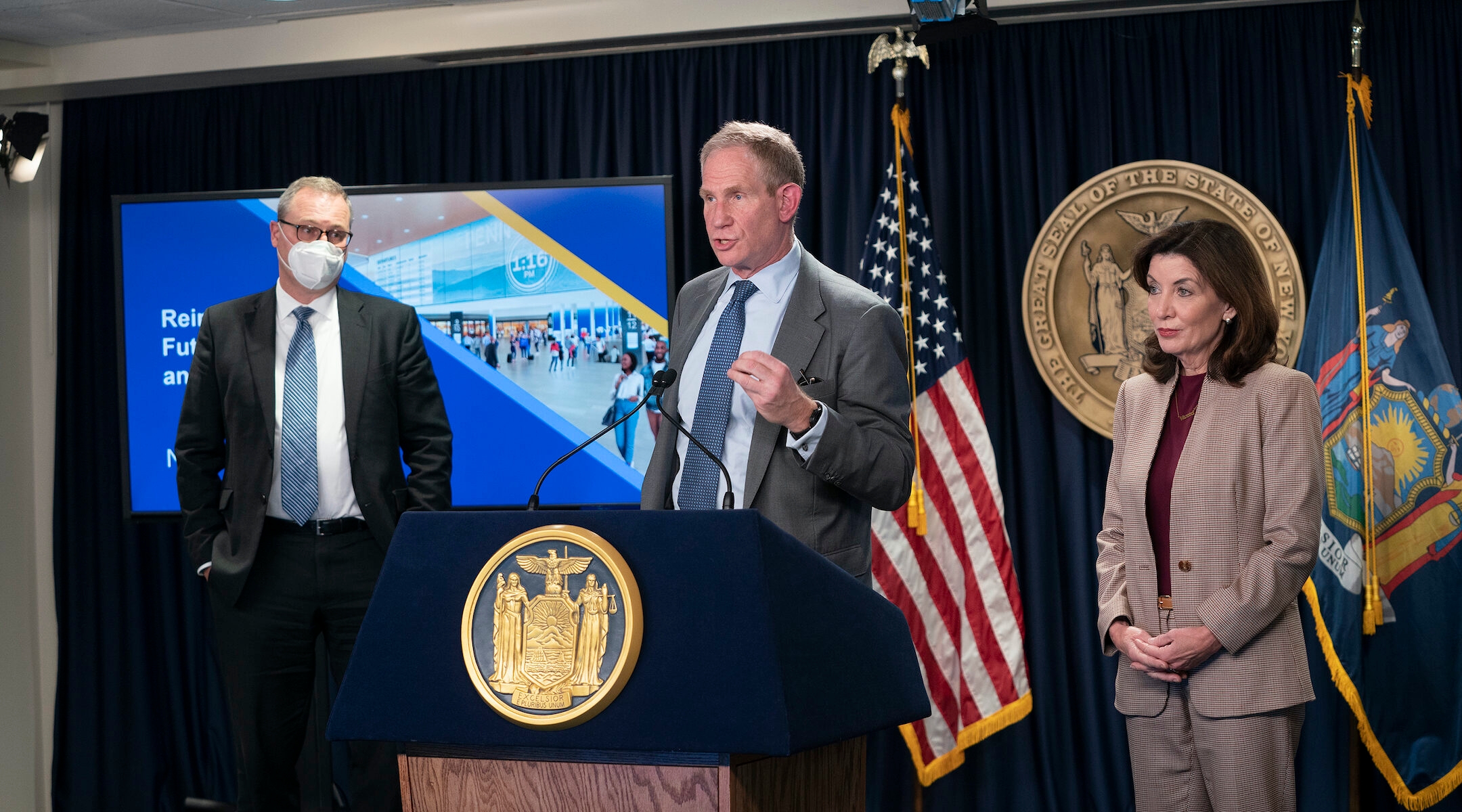 If confirmed, he would serve as chairperson and CEO of the MTA, a position he’s held on an acting basis since July. New York Gov. Kathy Hochul announced his nomination Monday in a statement also announcing the appointment of Elizabeth Velez, president of the Velez Organization construction firm, to the MTA board.

Lieber, whose given name is John Nathan Lieber — “My parents made up nicknames for all their children that were sort of loosely based on the dead European relatives,” he told the New York Times in 2015 — joined the MTA in 2017 as chief development officer, where he oversaw strategic capital initiatives, including the expansion of the long-delayed Second Avenue Subway line on Manhattan’s East Side.

Lieber is the son of the late Charles Lieber, who served as president of the Hebrew Publishing Company and chairman of the Reconstructionist Foundation, a founding organization of what today is Reconstructing Judaism. Lieber is married to Amy Glosser, who is a current a board member as well as a past president of Brooklyn’s Hannah Senesh Community Day School.

Lieber’s mother, Mimi Levin Lieber, was featured in a recent New York Jewish Week article honoring 18 notable New York Jews who died last year. Mimi Lieber, who died on Oct. 16, 2021 at age 93, was a Detroit native who moved to New York after completing her bachelor’s and master’s degrees at the University of Chicago. During her career in marketing she “revolutionized the use of focus groups to understand consumer preferences,” and, as a member of New York’s Board of Regents, she lobbied for increased funding for schools in low-income neighborhoods.

The Jewish family, noted the New York Times in its obituary for Mimi Lieber, is “thick with political achievement.” Mimi’s first cousin, the late Carl Levin, was a Democratic senator from Michigan; his brother, Sandy, was a Democratic representative from the state. Sandy’s son, Andy Levin, now holds the same seat as his father.

Janno Lieber is rather accomplished as well: Prior to joining the MTA, the graduate of Harvard and the NYU School of Law oversaw the redevelopment of the World Trade Center as president of the World Trade Center division of Silverstein Properties, a real estate firm. He served as a transportation policy advisor in former New York City Mayor Ed Koch’s administration, as well as an acting assistant secretary in former President Bill Clinton’s Department of Transportation.

“Janno is leading the MTA forward with expert management and vision,” said Hochul in her statement. “These are strong, competent leaders who will help steer the MTA through this critical time.”

These appointments come at a crucial time: According to Bloomberg, the subway serves just over half the weekday passengers it did in 2019, prior to the pandemic, and the MTA is facing a possible $1.4 billion when deficit federal pandemic aid runs out in 2025.