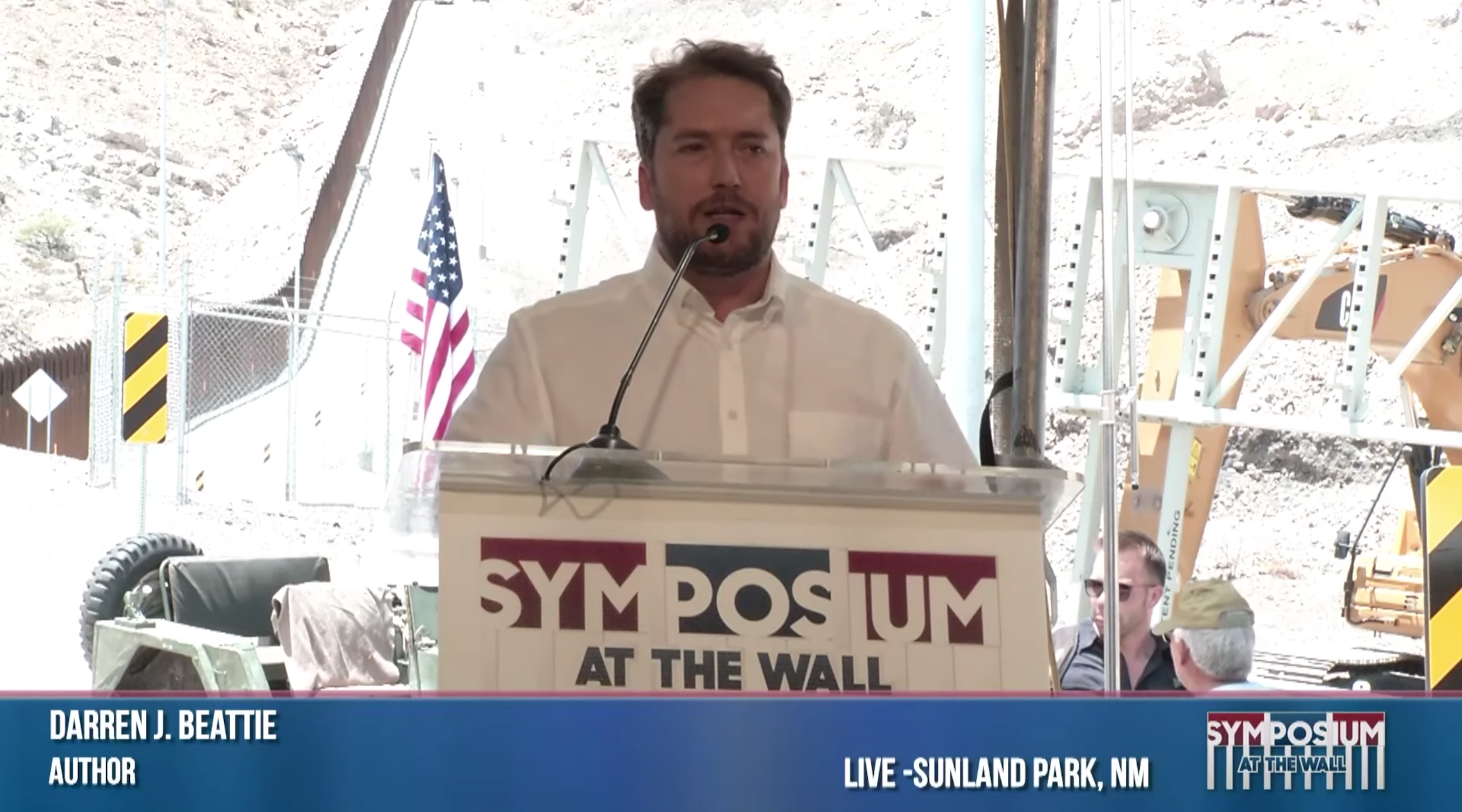 Darren Beattie, the former White House speechwriter who attended a conference with white supremacists, speaks at a "Symposium at the Wall" in 2019. (Screenshot)
Advertisement

In a letter obtained by a reporter for Politico, the White House asked Darren Beattie on Jan. 14 to resign from the Commission for the Preservation of America’s Heritage Abroad by the end of the day or be removed.

The commission identifies and works to secure the preservation of historical sites in Europe, such as cemeteries, monuments and Holocaust killing sites, that are associated with the heritage of U.S. citizens.

Former President Donald Trump’s appointment of Beattie to the commission in 2020 stirred controversy among Jewish groups and led to demands for his removal. It was one of several appointments of young loyalists to prestigious commissions that Trump made after he lost the election.

Beattie, who is Jewish, had been a speechwriter for Trump until it was revealed in 2018 that he had two years earlier attended a conference of the H.L. Mencken Club. According to the Southern Poverty Law Center, the conference “has hosted some of America’s most prominent white nationalist ideologues in the past, and serves as a safe space for professors to vent their racist views.”

Beattie appeared at the conference on a panel with Peter Brimelow, a white nationalist who runs the anti-immigrant website VDare. Beattie has vociferously defended Trump’s policies limiting the entry of Muslims into the United States.

The same day he sacked Beattie, Biden named seven new commissioners to the Commission for the Preservation of America’s Heritage Abroad, including two with ties to Jewish organizations.

Nancy Kaufman is a former longtime CEO of the National Council of Jewish Women and executive director of the Jewish Community Relations Council of Boston.

C. Jonathan Greenwald, a former diplomat, is active with J Street, the liberal Jewish Middle East policy group; has worked in negotiating Holocaust reparations; and, according to the White House statement, “directs and funds an initiative to bring young Israelis and Palestinians to study together at leading university preparatory schools.”