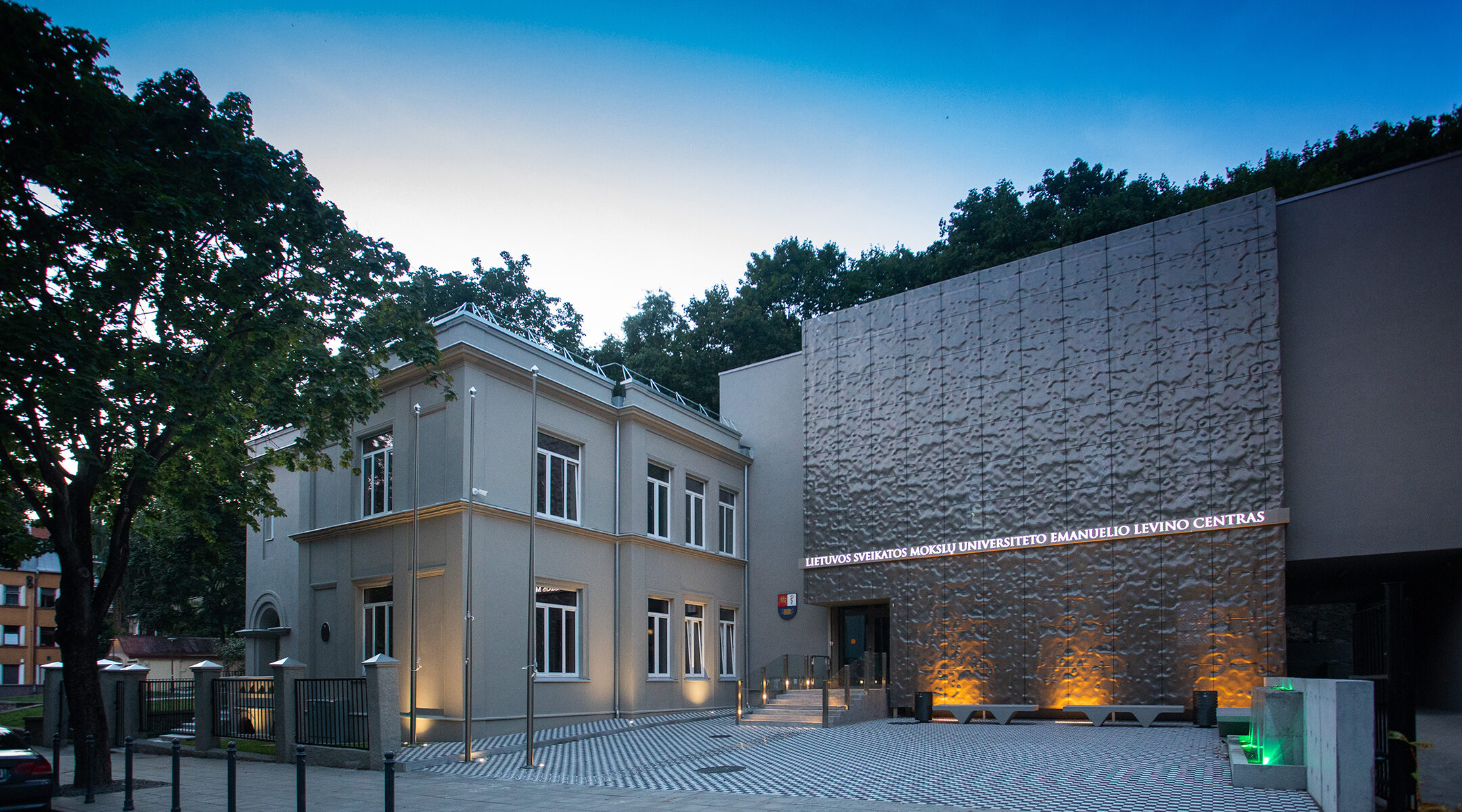 (JTA) — The inauguration of a cultural center named for a prominent Jewish person isn’t an unusual occurrence in most of Europe, where Jews have been at the forefront of intellectual endeavors for centuries.

But the city of Kaunas in Lithuania isn’t quite like the rest of Europe.

The scene of horrific murders of Jews by locals during the Holocaust, Kaunas is at the center of an ongoing controversy over how perpetrators should be treated in a country where enthusiastic collaborators helped the Nazis annihilate 95% of the country’s 250,000 Jews.

Which is probably why the European Jewish Congress and the Jewish Community of Lithuania this week highlighted and commended how city officials in Kaunas named a large new cultural and scientific center in memory of Emmanuel Levinas, a famous Jewish philosopher who was born there.

The Emmanuel Levinas Center, which opened last month, is part of the Lithuanian University of Health Sciences. It will host scientific and cultural events, as well as exhibitions about Levinas, the university said.

The opening occurred amid a series of bitter disputes in Lithuania on commemorations of people and events connected to the country’s rich Jewish presence – and its near annihilation by locals and the Nazis during the Holocaust.

Gercas Žakas, the chairman of the Jewish Community of Kaunas, said in a statement Wednesday that it was “endlessly pleasant” to tour the new facility. “I hope ties of partnership and cooperation will join the Levinas Center and the Kaunas Jewish Community, inspiring us to carry out numerous projects,” he said.

Levinas left his native Kaunas, known in Yiddish as Kovno, for France at the age of 18. His writings straddle classical philosophy and Jewish text, greatly influencing postmodernist scholars in Judaic studies and Bernard-Henri Levy, the French Jewish thinker and filmmaker. Levinas’ relatives who remained in Kaunas were all murdered.

“We are mature enough to see the progress of friendship, development, courage, science, philosophy and culture,” Yossef Levy, Israel’s ambassador to Lithuania, said at the Levinas center’s inauguration last month. “I wish for this institution to become the Center of Kaunas culture, where people meet, share experiences, respect, and love each other.”

In recent years, however, multiple commemoration projects in Lithuania have infuriated local and foreign Jews because of how they celebrated locals who collaborated with the Germans.

One recent controversy revolved around a resolution by the Lithuanian parliament designating 2021 as the year of Juozas Luksa-Daumantas, a nationalist accused of participating in a  Holocaust-era massacre of Jews. Several municipalities, including Vilnius, have squares, streets or monuments named for him.

Witnesses placed Luksa-Daumantas, a leader of the pro-Nazi Lithuanian Activist Front militia during World War II, at the 1941 Lietukis Garage massacre in Kaunas, where locals tortured and beat to death dozens of Jews.

Many in Lithuania and Eastern Europe regard such collaborators as heroes because of their opposition to communism and the former Soviet Union, a feared enemy. Such nationalist fervor has grown in scope amid moves widely regarded as expansionist by Russia under President Vladimir Putin.

Lithuanian authorities have addressed some of the criticism over this. Vilnius Mayor Remigijus Šimašius in 2019 ordered the removal of a plaque honoring another alleged war criminal, Jonas Noreika, from an external wall of the Lithuanian Academy of Sciences.

In parallel, the same authorities have celebrated Jewish heritage in Lithuania, including by celebrating last year the 300th anniversary of the birth of the Vilna Gaon, a rabbinic luminary. The celebration featured multiple events and the minting of coins bearing his name.

But the celebrations were also mired in controversy because of the selection of a symbol popular with the far right, the Columns of Gediminas icon, to commemorate the anniversary.

Separately, a controversy has been brewing for years in Lithuania over plans to build a conference center on the site of a former Jewish cemetery in Vilnius. Last year, a government official said the plan was dropped following a years-long campaign to stop it. The official cited the COVID-19 pandemic’s effects on international tourism as the reason for the change.

Opponents of the plan, including Dovid Katz, a Yiddish professor based in Vilnius, said the plan exposed a disregard for Jewish community sensitivities.

The opening of the new Emmanuel Levinas Center was nevertheless welcomed by Jewish community leaders. The ceremony was attended by a grandson of the philosopher, who died in 1995 at the age of 90.

David Hansel, a French-Jewish neuroscientist living in Paris, said of his grandfather at the opening: “A French Jew and Litvak from Lithuania, [he] was proud of his origin. The Center embodies the entire life and work of Emmanuel Levinas and the Kaunas Jewish community.”