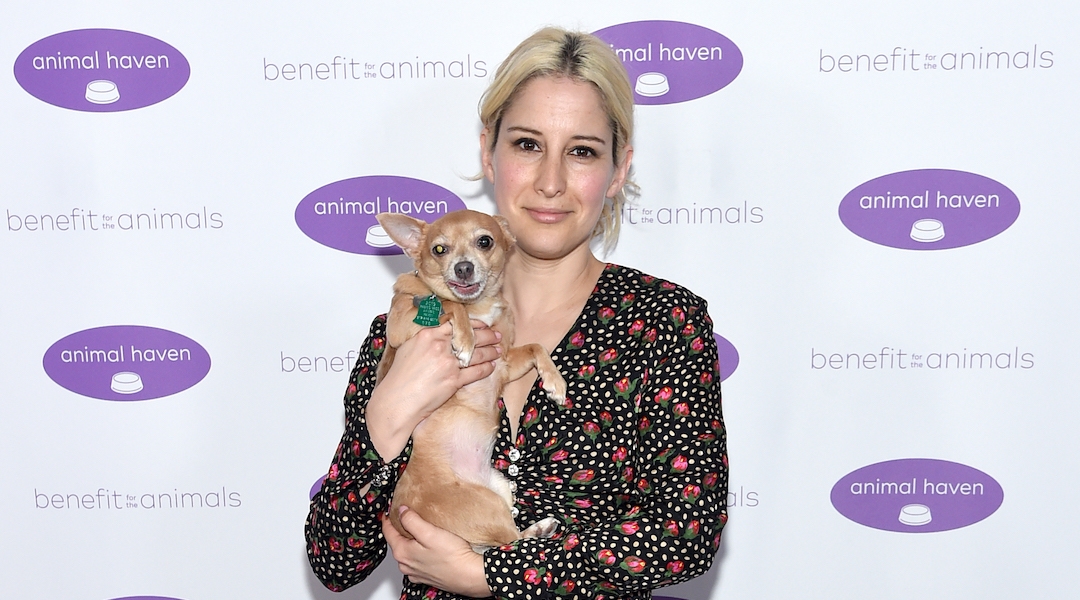 (JTA) — Jewish fashion designer Rachel Antonoff is known for the quirky and innovative ways she displays her creations — think a staged science fair or murder mystery.

Her latest lookbook is no different, and features the Jewish comic actors Bob Balaban and Susie Essman.

“I really want to play and to have a little silliness this season,” Antonoff said, according to Vogue, which published the images.

The lookbook shows the models clad in bright knits and patterned outfits in a home straight out of a suburban sitcom set. It is meant to be a sequel to Antonoff’s fall 2021 collection, in which her own family modeled her clothes.

Essman is a standup comedian best known for her loudmouth role on Larry David’s “Curb Your Enthusiasm.” She talked to the Jewish Telegraphic Agency about the recent season of “Curb” — the most Jewish one yet.

Balaban’s long film and TV career includes several roles in films by esteemed directors Christopher Guest and Wes Anderson. He recently starred in Netflix’s “The Chair,” and earned an Academy Award nomination in 2001 for producing the film “Gosford Park.”

The collection provided a bright break in the news for some on social media.

you need a little joy today. why not try: @rachelantonoff: https://t.co/E8j5NS045g

Check it out in full here.