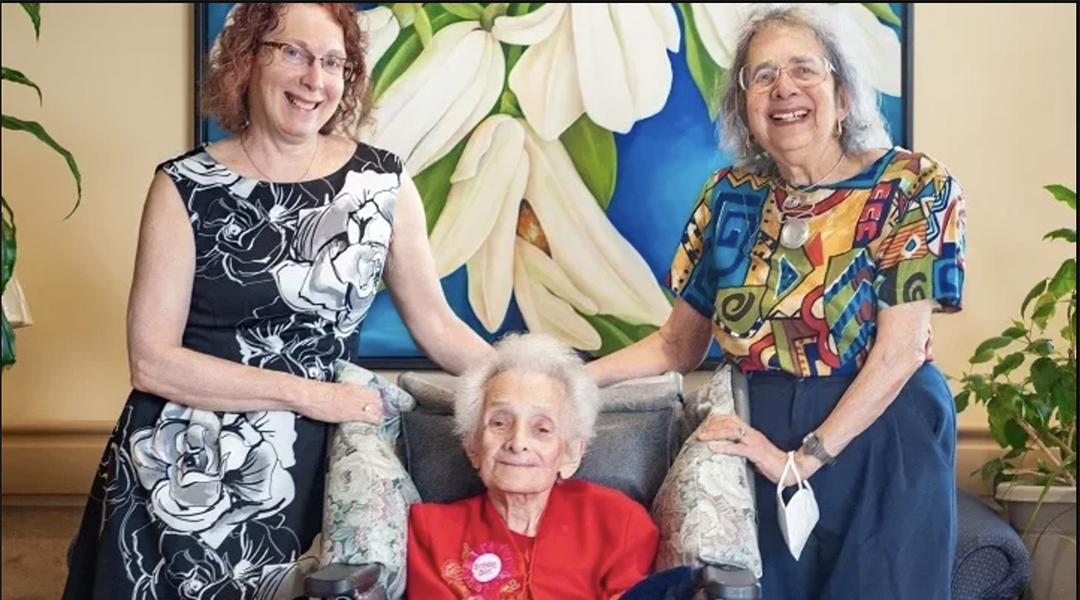 (JTA) — Cecile Klein, an energetic supercentenarian with ties to Montreal’s Jewish community and institutions, spent seven months as Canada’s oldest person before passing away on Jan. 13.

An obituary for Klein published in the Canadian Jewish News notes that in addition to living through two pandemics and two world wars, and working for her Israel-born husband’s pharmaceutical company, she volunteered throughout her life, notably helping her father fundraise for Montreal’s Jewish General Hospital.

The Montreal native attended continuing education-style courses at the hospital, which is affiliated with McGill University, into her 100s. According to the Jewish News, she kept up with world news on the daily, reading a newspaper — without glasses — until she was 111. She also regularly went to fitness classes at the city’s Cummings Jewish Centre for Seniors, which opened in 2000 — suggesting she exercised well into her 90s and beyond.

Rose was the daughter of a seltzer salesman, who at first made deliveries with a horse-drawn wagon, according to a New Jersey Jewish News article about her 100th birthday in 2010. Her parents immigrated from what is now Latvia, the NJJN reported, at the turn of the 20th century. Six of their eight children lived into their 90s, and two of them, including Rose, lived into their 100s — leading the New York-based Albert Einstein College of Medicine to enroll them in a study about longevity, NJ.com reported.

Rose grew up in Newark and later lived in Maplewood, and along the way was a member of multiple New Jersey synagogues, along with Essex County’s National Council of Jewish Women. She answered the time-honored question of how she lived so long for the NJJN.