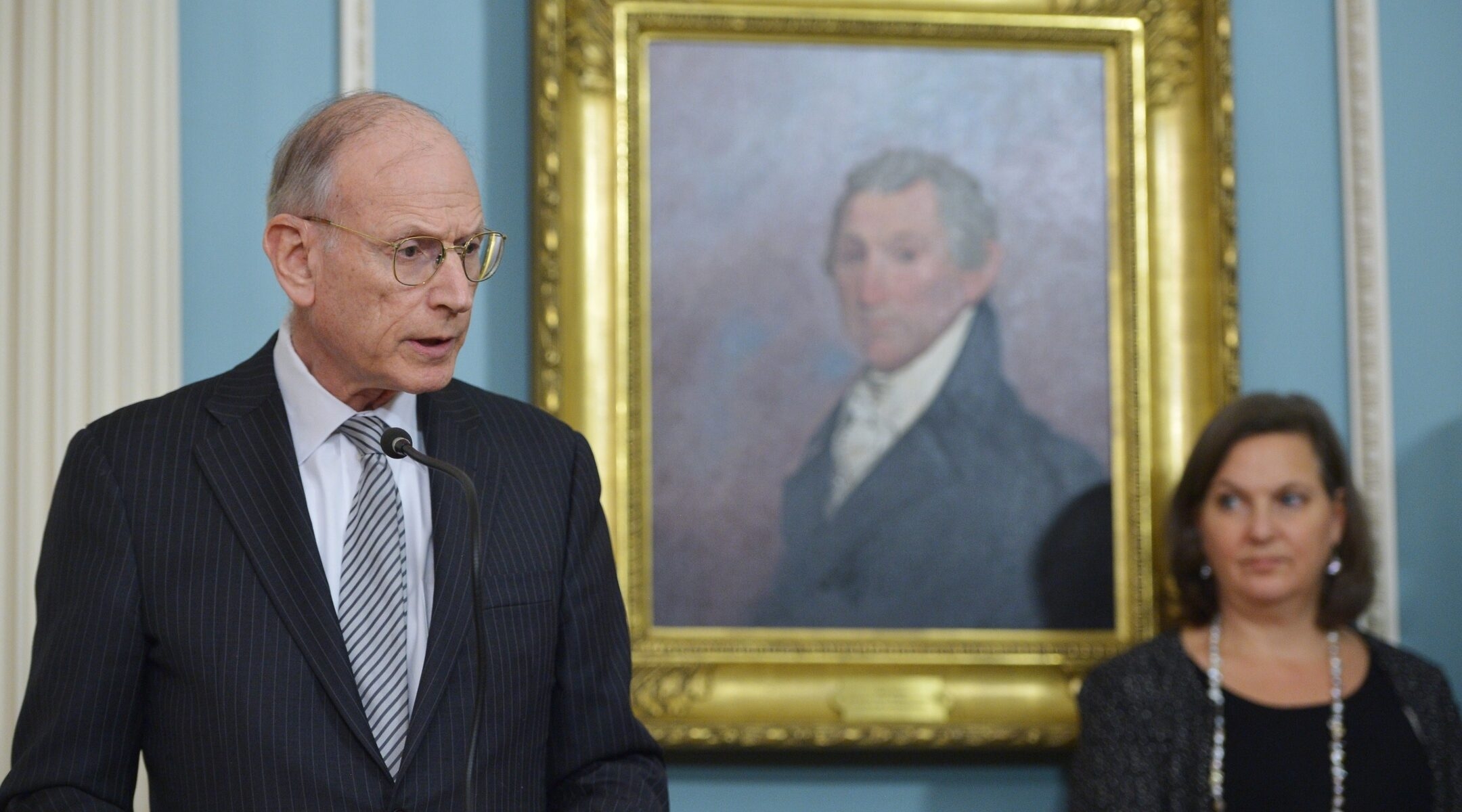 U.S. lead negotiator and the Secretary of State's Special Adviser on Holocaust Issues Stuart Eizenstat speaks during a signing ceremony between the US and France for compensation for Holocaust victims deported from France, in the Treaty Room of the State Department in Washington, D.C. Dec. 8, 2014. (Mandel Ngan /AFP via Getty Images)
Advertisement

WASHINGTON (JTA) — The Biden administration is naming 12 people to the U.S. Holocaust Memorial Museum Council, many of whom have longstanding ties to advocacy for Holocaust survivors and for Holocaust education.

Among those to be named Wednesday in a list obtained by the Jewish Telegraphic Agency is Stuart Eizenstat, who has for decades led Holocaust reparations negotiations for multiple administrations, including the current one. Biden has named Eizenstat to be chairman of the council.

Also named to the council is Abraham Foxman, who retired in 2015 as the national director of the Anti-Defamation League and who is a Holocaust survivor who has spoken frequently about his experience of being kept in hiding by a Christian woman.

Another appointee is Leah Pisar, the daughter of Samuel Pisar, a Holocaust survivor who wrote extensively about the genocide. The elder Pisar wrote the spoken text to accompany “Kaddish,” a seminal work by Leonard Bernstein. Leah Pisar has recited her father’s script at performances of “Kaddish” and heads Project Aladin, which combats antisemitism and other bigotries.

Biden has also named two longstanding members of the council to additional terms: Tom Bernstein, a former chairman, and Allan Holt, its current vice-chairman. Another appointee is Susan K. Stern, who has for decades been involved in the Jewish Federations system and is a past chairwoman of UJA-Federation of New York.

Former President Donald Trump raised eyebrows a year ago when he named to the council during his lame-duck period after his election loss a number of young acolytes who had little to no background in relation to the Holocaust.