Liviu Beris, Romanian Holocaust survivor who became a genetics pioneer and debated an infamous antisemite on TV, dies at 93 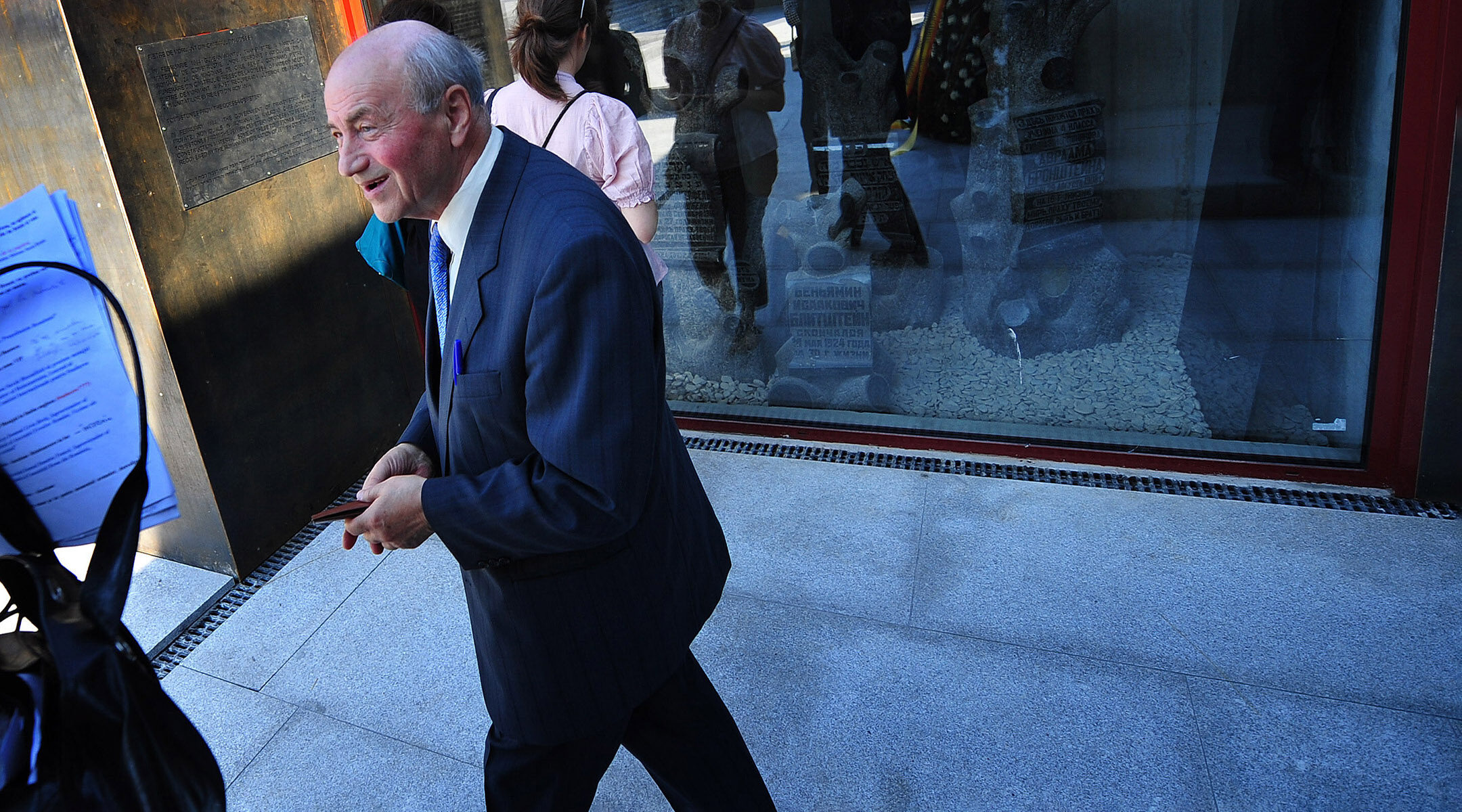 BUCHAREST (JTA) — Liviu Beris, who survived the Holocaust in Transnistria to become an internationally recognized geneticist, died last week at 93 in Romania, where he tirelessly shared his personal story with younger generations and famously debated an antisemite on live TV.

Born in Herta, then a part of Romania and now a part of Ukraine, Beris was deported at the age of 13 with his family to the region of Transnistria, a strip of land in Soviet Ukraine under the administration of the Nazi-allied Romanian regime. According to official figures, between 220,000 and 300,000 Soviet and Romanian Jews were shot dead or died of typhus, starvation and extreme weather conditions in improvised camps and ghettos there run by Romanian officials.

Upon his return to Romania in 1943 — ruler Ion Antonescu allowed some Jews to be repatriated during the war — Beris had to start his education over, after suffering acute memory loss induced by the trauma of his experiences in Transnistria. But he excelled in his studies and went on to become a leading engineer and researcher in the genetics field. Scientific papers credit him with the creation of a swine breed called Peris 345, after the village in Romania where his research institution was located.

Due to his involvement in the development of Romanian zootechnics, Beris was repeatedly denied a passport to travel abroad by communist dictator Nicolae Ceausescu, who considered him a key asset and feared he might defect. While other Romanian Holocaust survivors were allowed to leave the country, Beris was barred from attending international remembrance events until Ceausescu’s execution in 1989, which ended communism in Romania.

One of Beris’ fellow Romanian survivors who was allowed to travel abroad was Oliver Lustig, who had survived Auschwitz. Together with Beris, Lustig toured the country’s schools to tell children about their experiences and lessons of the Holocaust.

“They were friends and formed an unforgettable team that complemented each other to tell the story of two central aspects of the Holocaust in this part of Europe,” Anca Tudorancea, a historian at the Center for the Study of the History of Romanian Jews, told the Jewish Telegraphic Agency. “I always remember them together.”

Besides his works on genetics, Beris published a book titled “The Holocaust Under the Antonescu Government,” in which he countered popular myths that exonerated the philo-Nazi dictator Antonescu of his responsibility in the genocide of the European Jews.

“He was one of the few Holocaust survivors who had the strength of countering the insidious affirmations of Romania’s greatest antisemites and Holocaust deniers,” said Jewish studies scholar Felicia Waldman, who worked closely with Beris in educating students and history teachers about the Holocaust.

Waldman referred to a TV program in the late 2000s during which, for some two hours, Beris confronted the invectives and lies of history professor Ion Coja, who had translated “The Protocols of the Elders of Zion” into Romanian. (Coja still peddles antisemitic tropes and Holocaust denial in arguments both online and in a fringe print magazine.)

“In spite of this apparent strength, he was deeply traumatized and dreamt that he was back there [in the camps] to the end of his life,” he said.

Beris was buried on Jan. 22 at the Giurgiului Jewish cemetery in Bucharest. He is survived by his wife and his daughter.