Can a food festival foster Israeli-Arab peace? A new documentary says it can. 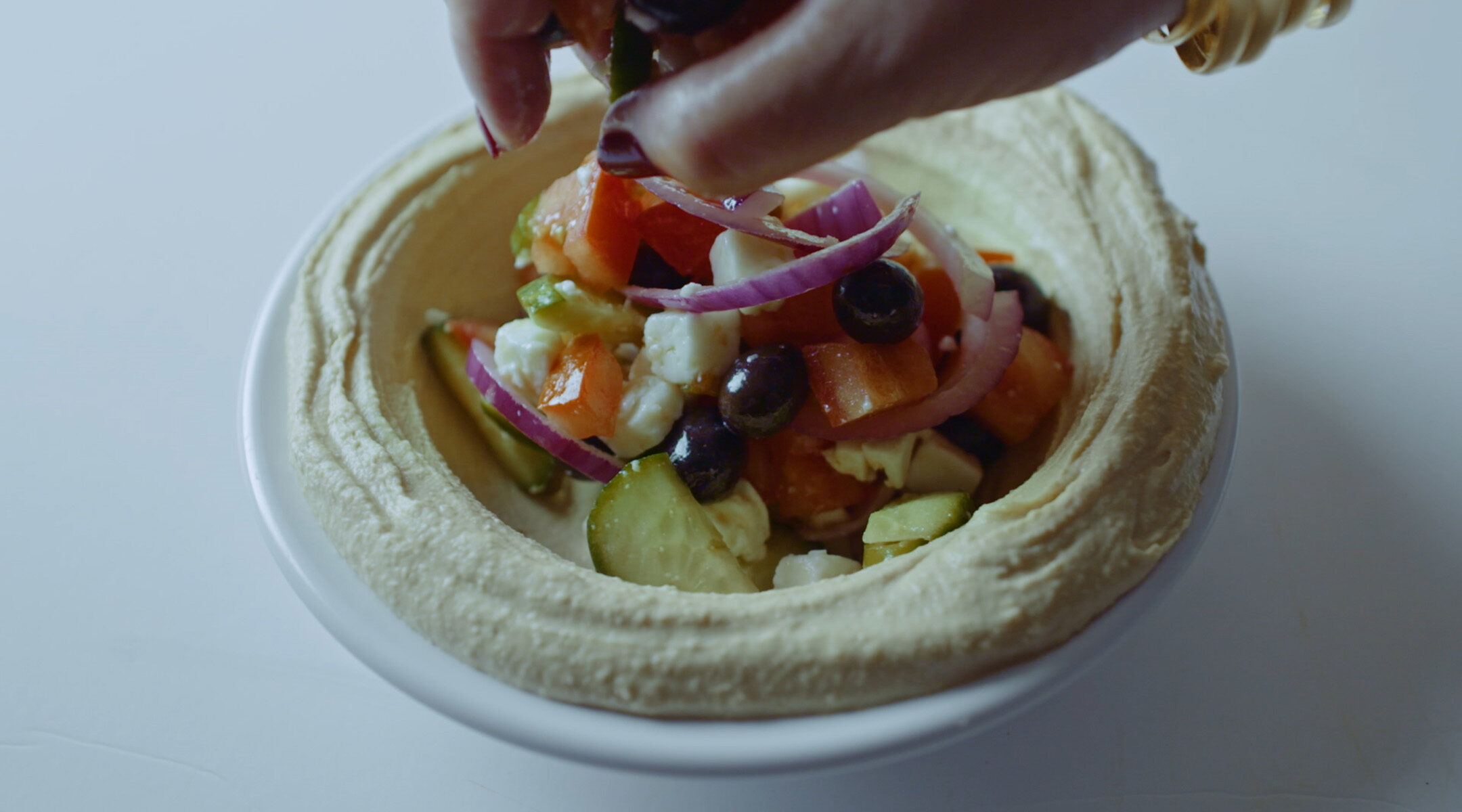 (JTA) — Hummus is the glue that holds society together in “Breaking Bread,” a new documentary about Israeli and Arab chefs that strives to be as delicious as its dishes.

Unfortunately, the film is missing a few key ingredients.

The film’s main protagonist is Dr. Nof Atamna-Ismaeel, a microbiologist-turned-chef who organizes a food festival in Haifa, which she sees as a poignant symbol of Arab-Jewish coexistence. There is a special section of both the film and festival devoted to “The Hummus Project,” in which different chefs make different variations of the chickpea dip. Viewers are treated to a montage of smashed-and-swirled bowls of the stuff accompanied by every garnish imaginable, from lamb to garlic to lemon and more.

Why hummus? “It’s very symbolic,” Atamna-Ismaeel tells the camera. “It coexists with whatever topping you choose to put on it.” 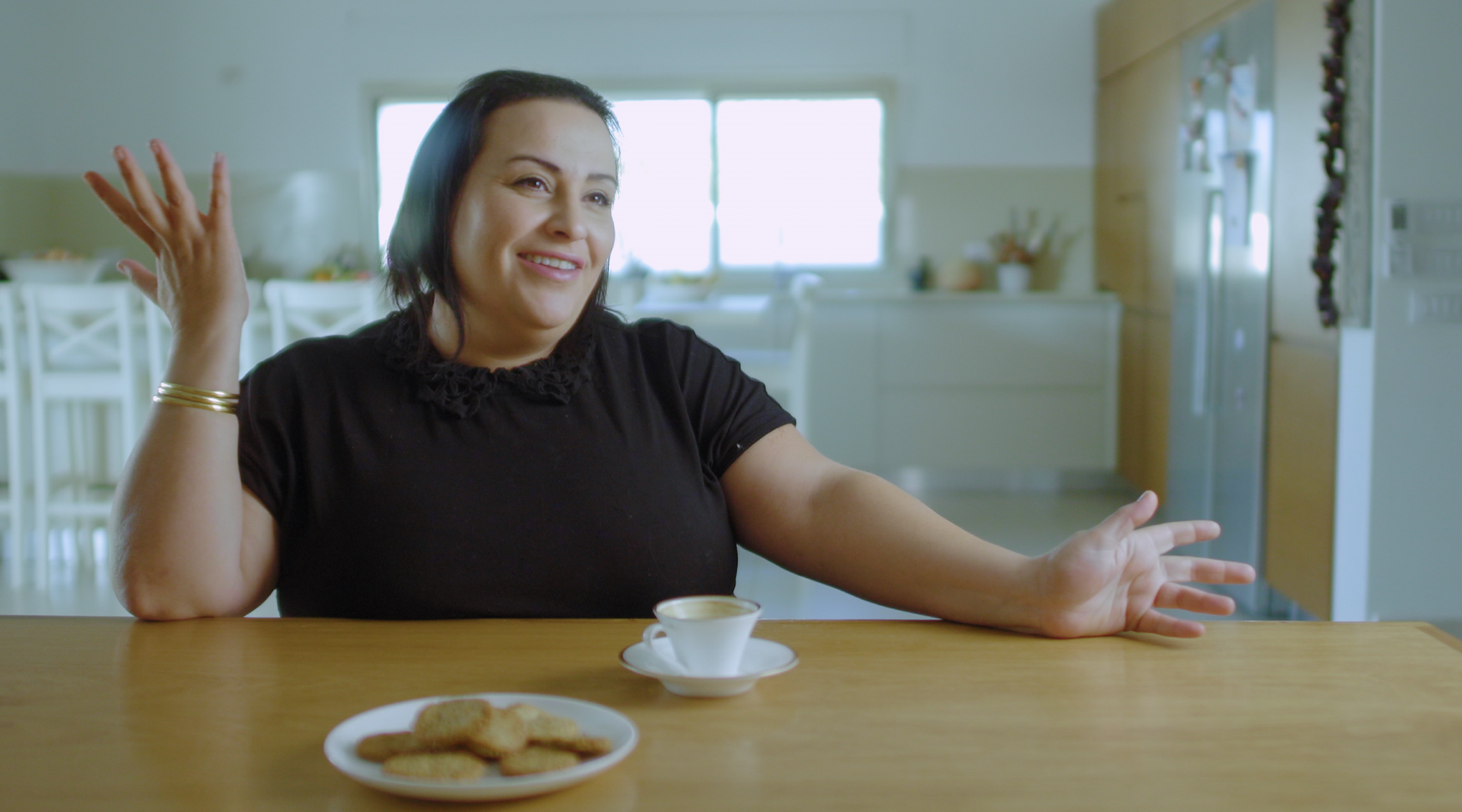 Opening in New York and Los Angeles this Friday, with a nationwide release to follow, “Breaking Bread” is essentially that statement about hummus stretched to feature length: a relentlessly upbeat, food-forward vision of Israel, in which chefs from all backgrounds succeed in achieving peace through their cuisines.

Director and producer Beth Elise Hawk — who’s also a producer on MTV’s e-dating thriller series “Eye Candy” — heavily underlines her intentions in the film. Every chef she profiles will inevitably make a grandiose statement about using the power of cooking to bridge their differences and heal their divided nation.

As the film’s hero, Atamna-Ismaeel is an appealing presence. She has a deep belief in Israeli-Palestinian reconciliation and she also has the distinction of being the first Arab-Israeli to win Israel’s “Master Chef” competition. (Also: her mother was a Hebrew teacher.) She won in 2014, and later that year launched the A-Sham Festival, a food festival in Haifa devoted to culinary collaborations between Israeli and Arab chefs.

“Breaking Bread” tells the story of that festival, although it largely skips over its actual founding. Instead, it combines footage from the 2017 and 2018 editions, and interviews participating chefs and supportive Haifa politicians to present a case study of coexistence. Along the way, we meet chefs like Shlomi Meir, a third-generation descendant of Israeli cooks, who is carrying on his grandfather’s legacy of Eastern European cuisine despite his grandfather having never written down a single recipe; and Osama Dalal, a Palestinian celebrity chef who has found success in the world of Israeli haute cuisine. (Apart from Atamna-Ismaeel herself and a husband-wife team, every chef profiled in the film is male.)

Of course, we also meet their dishes, thanks to plenty of scrumptious closeups as the festival’s items are being prepared. Qatayef, an Arab cheese-and-nut dessert dumpling, and a traditional Gaza wedding dish called sumaghiyyeh (flour, tahini, meat and other items cooked in sumac) are among the delicacies getting a moment in the spotlight. We also see a lot of salads — the question of whether to call them “Arabic salads” or “Israeli salads” is raised but not resolved. The film’s take on such issues is best demonstrated by a segment that visualizes “the Levant” as a giant falafel pita, which its chefs can then accentuate with new flavors, roll up and serve without incident.

“I believe that there is no room for politics in the kitchen,” Atamna-Ismaeel says to the camera while sitting at a table. It’s a difficult statement to back up when politics has colored every aspect of Arab-Israeli life like an olive oil infusion. When one lays claim to a land, does one also express ownership over all the food grown and cooked upon that land? When cuisine is such a huge component of national identity, do fusion foods help express that identity, or erase it? The film doesn’t dig deep enough into those questions to answer them.

What it does deliver is a smooth, consistent layer of hummus. And for foodies craving both chickpeas and peace, maybe that’s enough.