Kathryn Kates, actress who played the babka purveyor on ‘Seinfeld,’ dies at 73 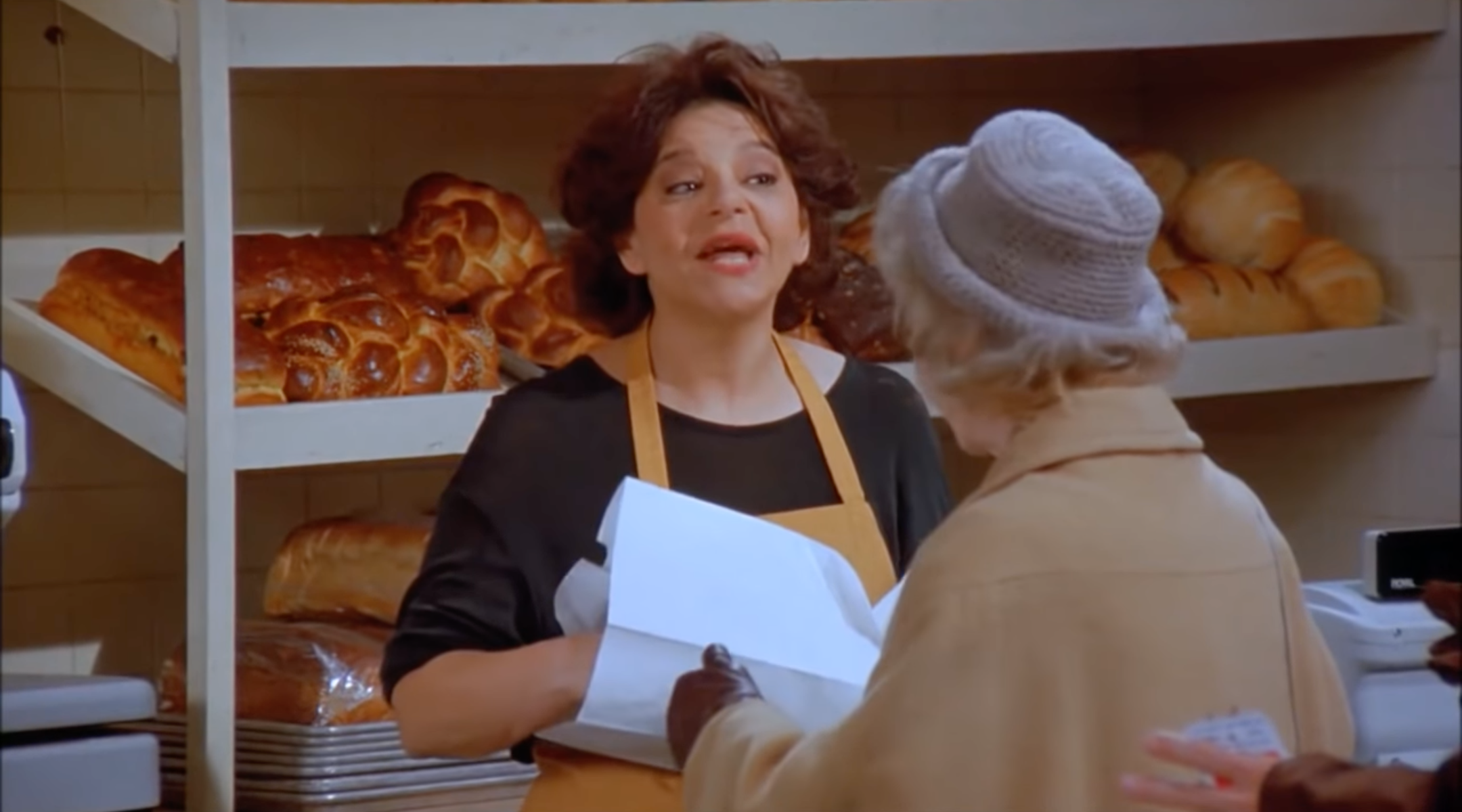 Kathryn Kates was known for her role as the bakery clerk who perpetually disappointed Jerry Seinfeld. She died in January 2022. (Screenshot from YouTube)
Advertisement

(JTA) — When it came to babka, actress Kathryn Kates, who died last month at 73, preferred chocolate, according to The New York Times.

But when Jerry and Elaine finally got to her bakery counter on “Seinfeld,” the only babka Kates had to offer was cinnamon. And that was a problem.

“There’s chocolate and there’s cinnamon,” Kates says in the famous episode, “The Dinner Party,” to a disappointed Elaine after selling the last chocolate babka to the previous customer. Elaine calls cinnamon the “lesser babka,” to which Jerry replies with an impassioned retort.

“Cinnamon takes a backseat to no babka!” Jerry declares as Kates looks on, framed by shelves of fluffy challah.

The babka bit wouldn’t be Kates’ last appearance as the gatekeeper of Jewish New York culinary classics on the sitcom.

She made another appearance in a 1996 episode as the bakery clerk who sells the last loaf of marble rye bread to an older woman ahead of Jerry in line. After Kates confirms they are out of marble rye, Jerry desperately offers to pay the older customer $50 for the $6 loaf. When she refuses his offer, he steals the loaf and runs off.

Kates, who died of lung cancer, also appeared in “Law and Order,” “Orange Is the New Black” and “The Many Saints of Newark,” the “Sopranos” prequel movie.

Kates, who lived in Manhattan, was born in Queens and grew up in Great Neck, N.Y. She studied acting at New York University, and went on to co-found and run The Colony Theater in Burbank, Calif.

Her mother, Sylvia Kates, was also an actor who played a classic New Yorker role in a scene opposite Gene Wilder and Zero Mostel in Mel Brooks’ 1967 film “The Producers.” The elder Kates plays an older woman who guards the first floor of a Greenwich Village brownstone. “I’m the concierge!” she says more than once in a thick New York accent.