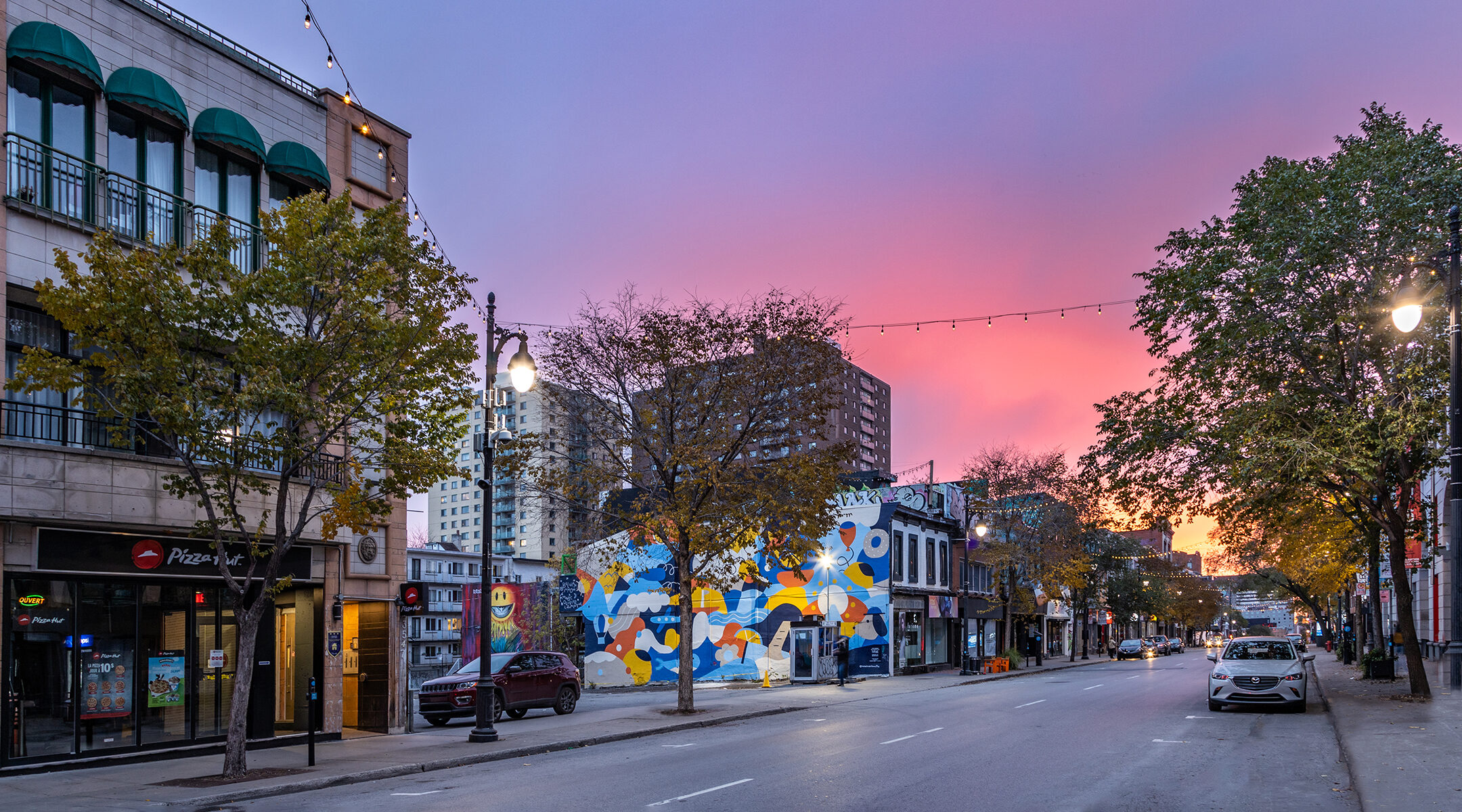 A view of the future site of the Montreal Holocaust Museum on Saint-Laurent boulevard. (Dominic Lavoie)
Advertisement

(JTA) — The Montreal Holocaust Museum, which first opened its doors in 1979, will move into a new $80 million site in the city’s historic Jewish quarter in Plateau Mont-Royal by 2025.

Lined with hip eateries and indie bookstores and bordered by the city’s Gay Village to the south and Little Italy to the north, the Plateau Mont-Royal borough is now a creative hub for hipsters and artists. It was also once the home to several of Canada’s immigrant communities, including Jews leaving Europe after the Holocaust. The area’s Mile End neighborhood is still home to a large Jewish population.

“This area was an important hub for many,” Sarah Fogg, head of marketing, communications and public relations for the museum, told the Jewish Telegraphic Agency in an email. “Survivors vividly recall visiting the Jewish Public Library, the YMHA[Young Men’s Hebrew Association], Fletcher’s field and many other important landmarks in the Plateau Mont-Royal neighbourhood.”

The current museum, located about four miles away from its future site on Saint-Laurent Boulevard, tells the stories of survivors who came to Canada after World War II. In addition to traveling and virtual exhibitions and public programs, the museum provides teacher training across the country.

The new expanded space, which will include a 150-seat auditorium, will allow for more public events. It will also allow for the display of more artifacts from their collection of 13,500 objects and for the creation of a special exhibit space aimed at families.

“There are many features of the new Museum that will allow us to expand what we already do and create new learning opportunities that are simply not possible in our current space,” Fogg said.

The government of Quebec is covering $20 million of the cost of the building, and the rest is being financed by private donors. The museum is currently holding an international architectural competition to select the designer of the future building.

Daniel Amar, the museum’s director, said in a news release that “At a time marked by mounting antisemitism, racism, and discrimination against minorities… the new Museum will be unifying, inclusive, and a place to come together.”