I know the obstacles faced by people with disabilities. That is why I am lobbying for change. 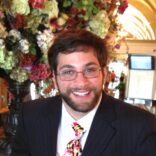 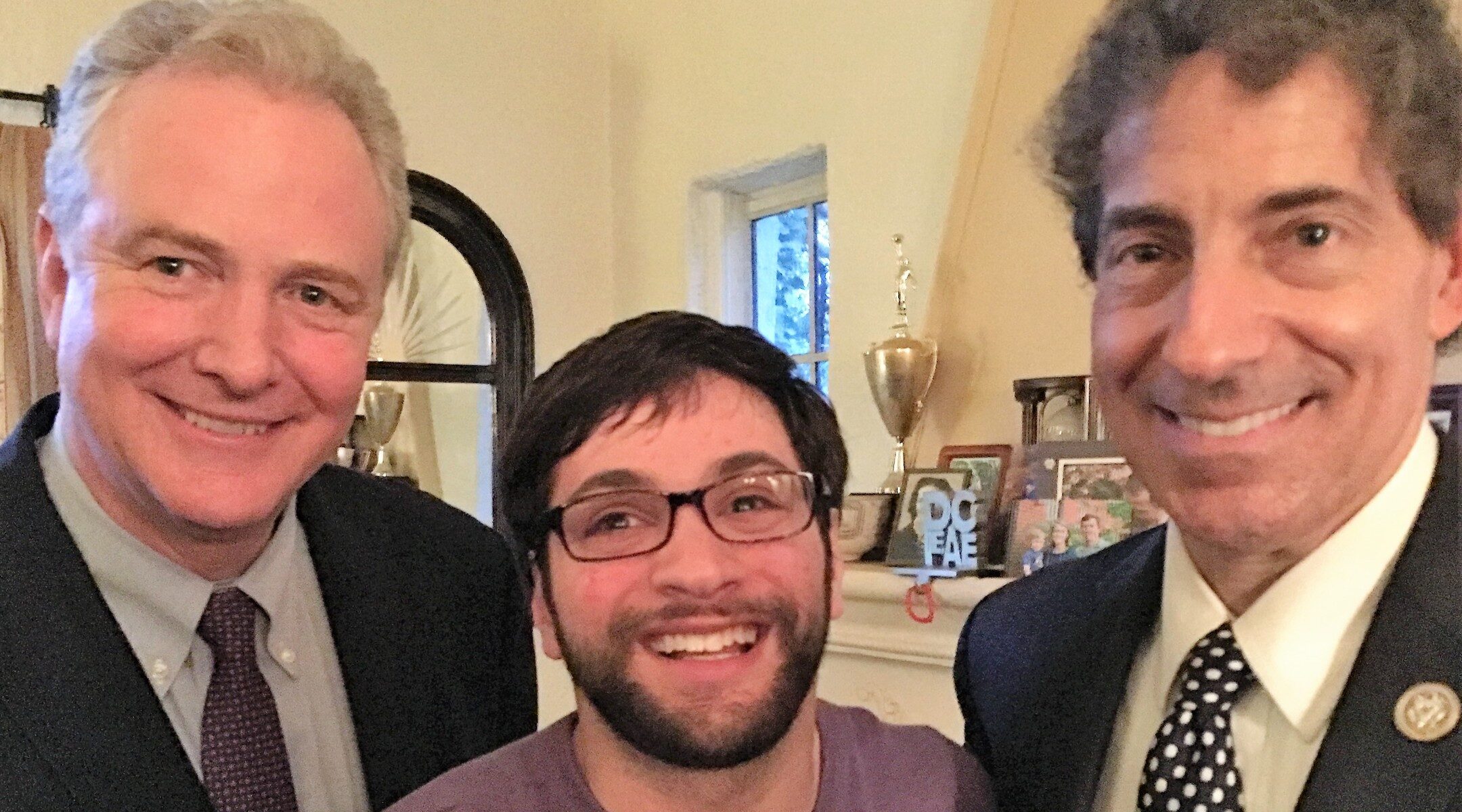 (JTA) — I’ve always believed in living life to the fullest. When you grow up with a disability, you are faced with a choice of whether or not to let it define you as a person.

People often find it easy to say no to someone with a disability, “no, we can’t accommodate that, no we aren’t set up for that,” and so on. But I always wanted to hear “yes, don’t worry, we’ll find a way.”

I grew up in Montgomery County, Maryland, just north of Washington, D.C. When I was seven years old, a close friend of my parents was running for the Maryland House of Delegates. My dad invited me to join him outside the polling place, handing out literature for the candidate. I felt as if I were doing something important and I knew I was making my parents proud. Four years later, I stuffed envelopes for other candidates, and before long I got to meet Chris Van Hollen (now a U.S. senator from Maryland), Jamie Raskin (now a U.S. representative), Hillary Clinton, and others. Politics became my lifeblood.

I didn’t set out to become an advocate for the disabled; it just kind of happened. When I was able to vote for the first time, I went to my local polling place and found that I wasn’t physically able to get inside the building. The building had no accommodations for someone with cerebral palsy, which means I have difficulty with a wide variety of everyday tasks, including walking on my own. They told me that I could go somewhere else, but I didn’t want to — I wanted to vote with my friends and neighbors. I refused to accept this situation, so I reached out to my local representatives, and I ultimately had the opportunity to testify before the Montgomery County Council. They decided to allocate funds to make all polling places accessible, not just in my neighborhood, but across the entire county, where more than a million people live.

After graduating from the University of Maryland, I continued my work on disability issues, first as a special education teacher and then as a lobbyist at an advocacy organization called The Arc Maryland, which helps people with intellectual and developmental disabilities flourish in both their personal and professional lives.

More recently, I was hired in a senior position at the Jewish Federations of North America, which has made the empowerment of people with disabilities as a top priority of its work across the Jewish world. Our achievements in this realm have become models for other communities as well. JFNA has cultivated my strengths, accommodated my needs, and — most importantly — enabled me to bust some myths about people with disabilities.  Sometimes when people see me up on the Hill, when we’re going to meet with lawmakers, their eyes get really big seeing a well-dressed young man enter their office using a walker, as if they’re surprised that someone with a disability is a professional lobbyist.

Some perceive people with disabilities as only being able to perform jobs that involve what many call “food, filth, flowers and filing.” I guess they’re not thinking of Franklin Delano Roosevelt, Itzhak Perlman, Marlee Matlin, or any of the millions of Americans with disabilities who have accomplished all kinds of amazing feats.

That dynamic in itself created an opening for progress. For example, the chairlift at the Rayburn House office Building was perennially broken, meaning that when I went to lobby lawmakers, someone had to hold my hand and help me walk up the stairs. It’s the kind of thing that most people don’t think about, but it impacts the capacity of people with disabilities to participate in the democratic process. When I told Rep. Raskin about the issue, he and his chief of staff succeeded in having a new chairlift installed.

We’ve had so many victories for people with disabilities at JFNA. Perhaps the biggest one was four years ago, when we helped prevent the Americans with Disabilities Act from being gutted by legislation that would have made it harder for those with disabilities to sue for discrimination.

But with all the progress we’ve made, there’s more work to be done.

Starting at home, our own Jewish communities can and should implement measures that foster inclusion. Jewish organizations should set aside disability related funds in their budgets that include accommodations for individuals with disabilities, such as captioning and ASL interpretation and other accommodations according to specific needs, and events should always be held in accessible venues. Professionals – especially senior leadership and hiring managers – must demonstrate a positive attitude about hiring people with disabilities. Jewish organizations must also create an environment where all members of a community feel comfortable sharing what they need. And our lay and community leaders must include people with disabilities on all committees, not just disability ones.

On the policy level, we are advocating vigorously for Congress to expand eligibility for ABLE savings accounts, which permit people with disabilities to set aside a portion of their income on a tax-free basis to help pay for physical and psychological therapies, durable medical equipment, and other things that they need. However, right now this program is only available to those who become disabled before the age of 26, which leaves out millions, including many veterans; statistics show that 70% of disabilities are not congenital, but are acquired later in life.

In addition, we are seeking a significant investment in home and community-based services that will benefit not just people with disabilities, but also many low-income older adults. This program enables Medicaid beneficiaries to stay at home or in their local communities rather than having to move to a facility for care.

Each year, all of this work culminates at our Jewish Disability Advocacy Day, which is coming up on Feb. 23 and 24. Champions, such as Tony Award-winning actress Ali Stroker and Paralympic athlete Ezra Frech, are joining us as we unite with one voice to champion policies that advance the rights of people with disabilities. My own personal mission is to ensure that people like me have the same kinds of opportunities that I have been so blessed to have, and that we value people with disabilities for everything that they have to offer, thus making life better both for them and for us all.

Aaron Kaufman
is senior manager of legislative affairs, Jewish Federations of North America.
The views and opinions expressed in this article are those of the author and do not necessarily reflect the views of JTA or its parent company, 70 Faces Media.