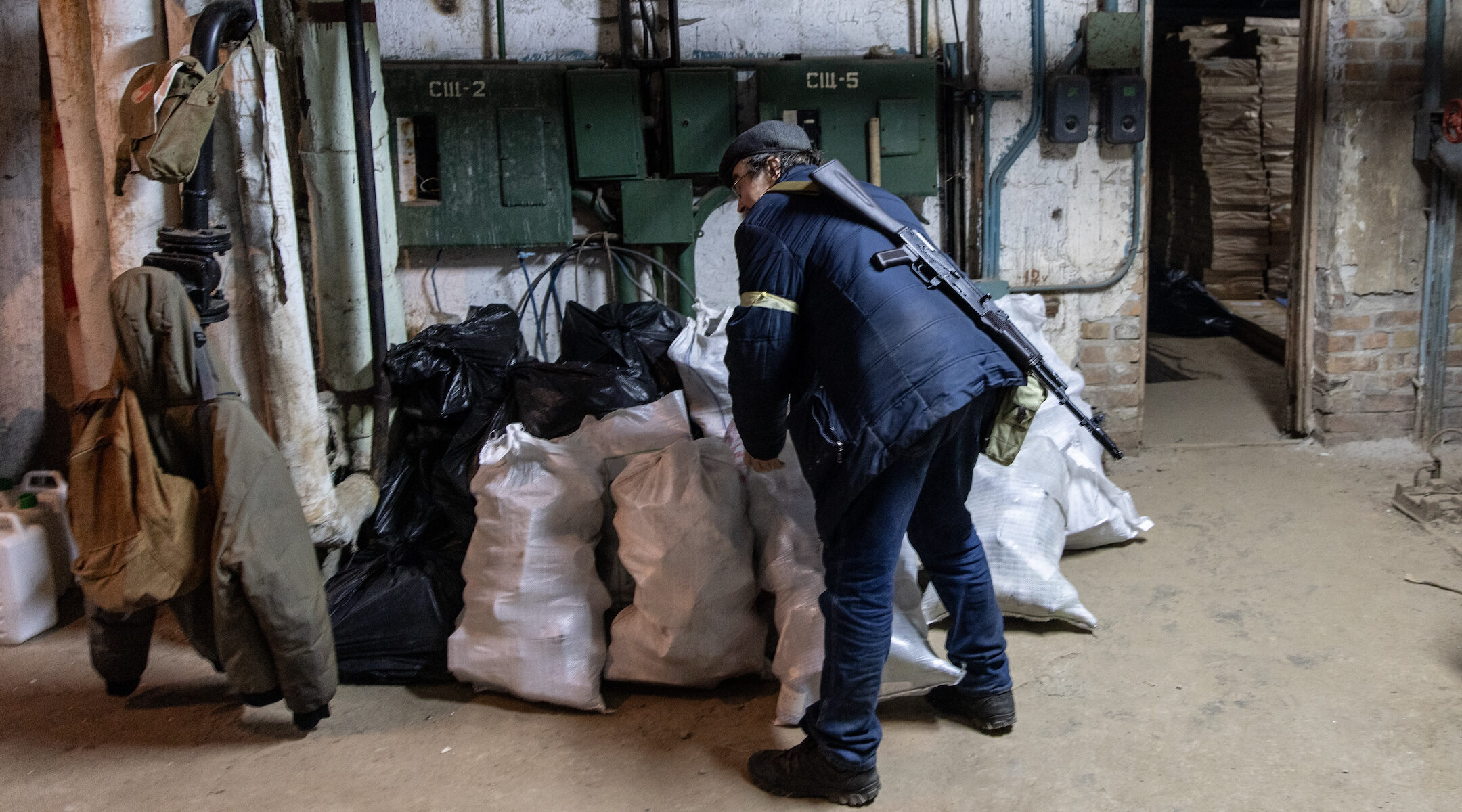 A civilian member of a Territorial Defence unit carries bags of bottles to be made into molotov cocktails in a basement on February 26, 2022 in Kyiv, Ukraine. (Chris McGrath/Getty Images)
Advertisement

(JTA) — Ukraine’s embassy in Israel tried to recruit Israelis to join the Ukrainian fight against Russia in a Facebook post Saturday.

“The Embassy has begun the formation of lists of volunteers who wish to participate in combat actions against the Russian aggressor,” the embassy wrote in a Facebook post that was later taken down, according to The Times of Israel. The post asked volunteers to tell coordinators about any “military specialty” they have, something Israelis, most of whom complete mandatory army service after high school, will likely possess.

The call for volunteers from Israel came as Ukraine’s President Volodymyr Zelensky, who is Jewish, asked Israel to mediate talks between Russia and Ukraine. Israel is one of the few Western countries with good relations with both countries and has tried to maintain that status through the early days of the war.

The call for Israeli volunteers also came as Zelensky asked for foreigners willing to join the fight to come to Ukraine and fight alongside Ukrainian soldiers and civilians who have been conscripted to fight Russia.

“Anyone who wants to join the defense of Ukraine, Europe and the world can come and fight side by side with the Ukrainians against the Russian war criminals,” Zelensky said Sunday, according to CNN.

Powerful photos have circulated in the news and on social media showing people who were civilians a week ago armed with guns provided by the government, ready to defend their country against the Russian invasion. Civilians in Ukrainian cities targeted by Russia have been asked to prepare Molotov cocktails to use against the Russian army.

“Foreigners willing to defend Ukraine and world order as part of the International Legion of Territorial Defense of Ukraine, I invite you to contact foreign diplomatic missions of Ukraine in your respective countries. Together we defeated Hitler, and we will defeat Putin, too,” Kuleba wrote.