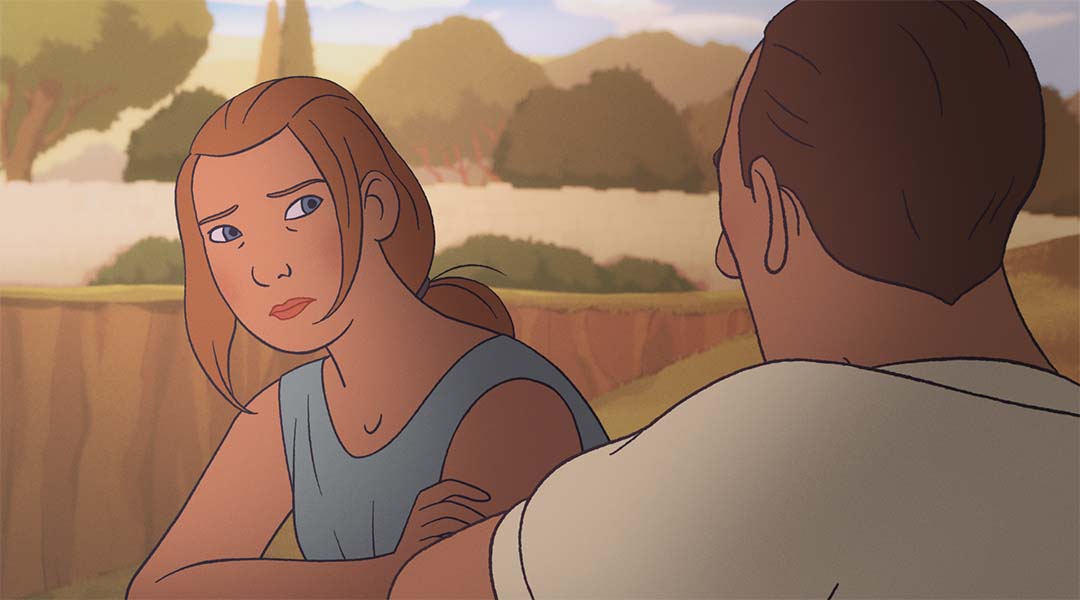 Charlotte Salomon, voiced by Keira Knightley, in a scene from "Charlotte." (Screenshot from YouTube)
Advertisement

(JTA) — Keira Knightley is lending her voice to an animated film on the story of Charlotte Salomon, a German-Jewish painter who produced hundreds of works in hiding during World War II before being deported to Auschwitz.

“Charlotte,” set for release in theaters on April 22, follows Salomon from her early years growing up in Berlin, her aspirations to become a great artist and her escape to the south of France where she lived until her deportation and death.

While in hiding with her family, she painted approximately 800 works, which became an autobiographical series titled “Life? or Theater?: A Song-play.” Amsterdam’s Jewish Historical Museum showcased them all in a 2018 exhibition, which it has kept online in digital form. (The museum previously showed many of them in 1981 as well.)

The works were inspired by her own life, which was full of tragedy before the Holocaust — several family members had committed suicide. In hiding, her grandfather turned predatorial, and she poisoned him, admitting the deed in a 35-page letter.

“Only by doing something mad can I hope to stay sane,” says an animated Salomon, voiced by the two-time Academy Award nominee Knightley, in a released clip from the film.

Her paintings were saved by family members who survived the war.

Read more about Salomon’s life on the Jewish Women’s Archive.