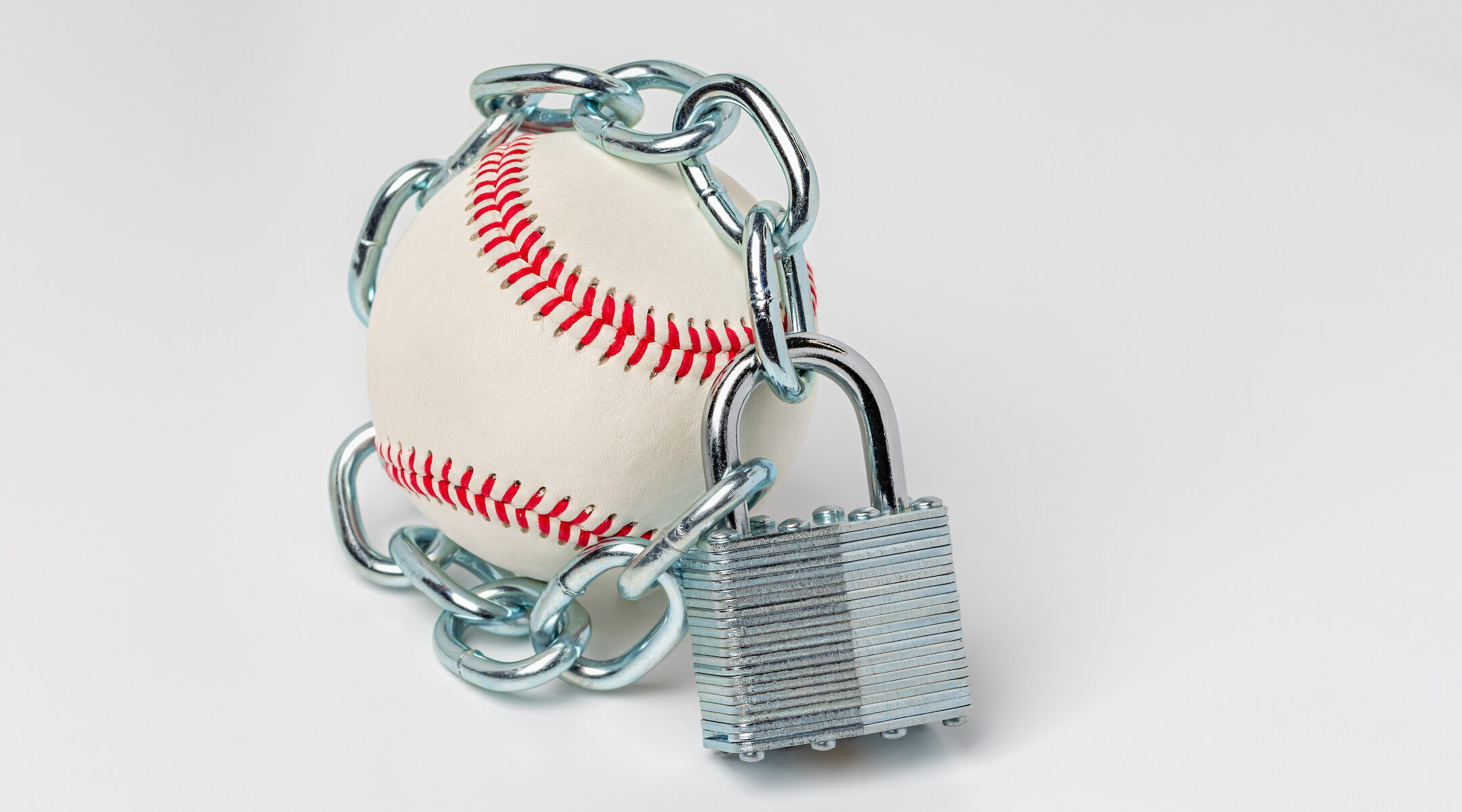 Major League Baseball has officially canceled games as a result of its lockout. (Getty Images)
Advertisement

(JTA) — For many American Jews, there is an annual celebration near the beginning of spring that serves as a respite from the long winter months, and a symbol of hope and renewal: Opening Day.

Major League Baseball and its players association remain deadlocked in negotiations over a new collective bargaining agreement, leading to the disappointing news this week that the league officially canceled the first two series of the 2022 regular season, including Opening Day.

American Jews have a long and rich love affair with baseball — inspired by everything from Sandy Koufax refusing to pitch in the World Series on Yom Kippur in 1965 to recent excitement about Jewish stars in the 2021 World Series. And with the 2022 season hanging in the balance, Jewish fans are not happy, to say the least.

​​“This moment, as a baseball fan, it sort of takes the wind out of you,” said Rabbi Jeffrey Sirkman, a lifelong Boston Red Sox fan. “It’s like a little bit of a gut punch.”

Sirkman has served as senior rabbi at Larchmont Temple in Larchmont, New York, for more than 30 years. But as a native of the Boston area, Sirkman remains committed to his Red Sox. He was featured in the 2004 HBO documentary “Reverse of the Curse of the Bambino,” about Boston’s curse-breaking championship that year.

In past years, Sirkman also was invited by New York Yankees General Manager Brian Cashman to share a blessing at the team dinner that kicks off the season. He did it for two years — a die-hard Red Sox fan “undercover,” as he put it. “But I think I got found out, which is a shame,” Sirkman said.

“Hope is reborn every Opening Day. Any team can win,” he said. “So the idea that they can’t reach an agreement, it sort of zaps the hope from you.”

“It was team loyalty,” said Sirkman. “People played for the love of the game.”

The core issues at the center of the labor dispute are related to player compensation. For some fans, all the discussion about money is a turnoff.

“As a Jewish fan and specifically as a rabbi, I’m looking for people to see beyond the money, which I think is really what’s going on, on both ends of this lack of collective bargaining agreement,” said Sirkman.

Aviva Kempner, a Washington Nationals fan and a filmmaker known for her documentary “The Life and Times of Hank Greenberg,” about the legendary Jewish Detroit Tigers ballplayer, shared a similar sentiment.

“We fans love the game. And we’re loyal to the game,” she told the Jewish Telegraphic Agency. “I know for a lot of the owners, it’s business, but they’re going to lose it if that’s all they think about.”

Part of the draw of baseball is its reliable structure. The dates change, but each year there is Spring Training, Opening Day and the playoffs. There is a cyclical nature to the game, which Sirkman compared to Shabbat.

Even if many Jews don’t observe the Sabbath each week, he said, “I would bet most Jewish baseball fans know when their team’s Opening Day is.”

“Not to have it sort of takes away the stuff we count on,” he added.

Kempner invoked a different Jewish holiday when reflecting on what baseball means to her.

“It’s hearing every Yom Kippur how Hank Greenberg went to the shul instead of the stadium,” she explained. “Whenever I hear Kol Nidre I think of baseball and Hank Greenberg. I associate it with being Jewish.”

So without Opening Day, what is a fan to do? One Jewish option, Sirkman joked, is to kvetch, or complain.

“As a baseball fan, nothing I can do would replace my MLB package that I would get,” he said. “To come home from the temple board meeting, or from teaching confirmation, and see the Red Sox in the third inning. And all of a sudden, I’m not there anymore.”

And it’s more than just missing out on walk-off home runs and box scores.

“You know what it’s like for a baseball fan, and for a Jew? It’s like a taste of the world to come, baseball,” Sirkman said. “It takes you out of the woes and worries of this world, and it puts you in that place where anything is possible, and coming back home — which is the ultimate dream — is right in front of you. You can taste it.”

“Baseball is traditional. It’s old-fashioned,” she said. “I’m afraid if you play around with some of those traditions, it’s really going to ruin it, which includes Spring Training. And then if you mess with Opening Day, then people aren’t going to come back.”

Even as fans watch the standoff continue between owners and players, a deep love for the game — and all its tradition and promise of hope — will not waver.

“Nothing replaces baseball. Nothing,” said Sirkman.