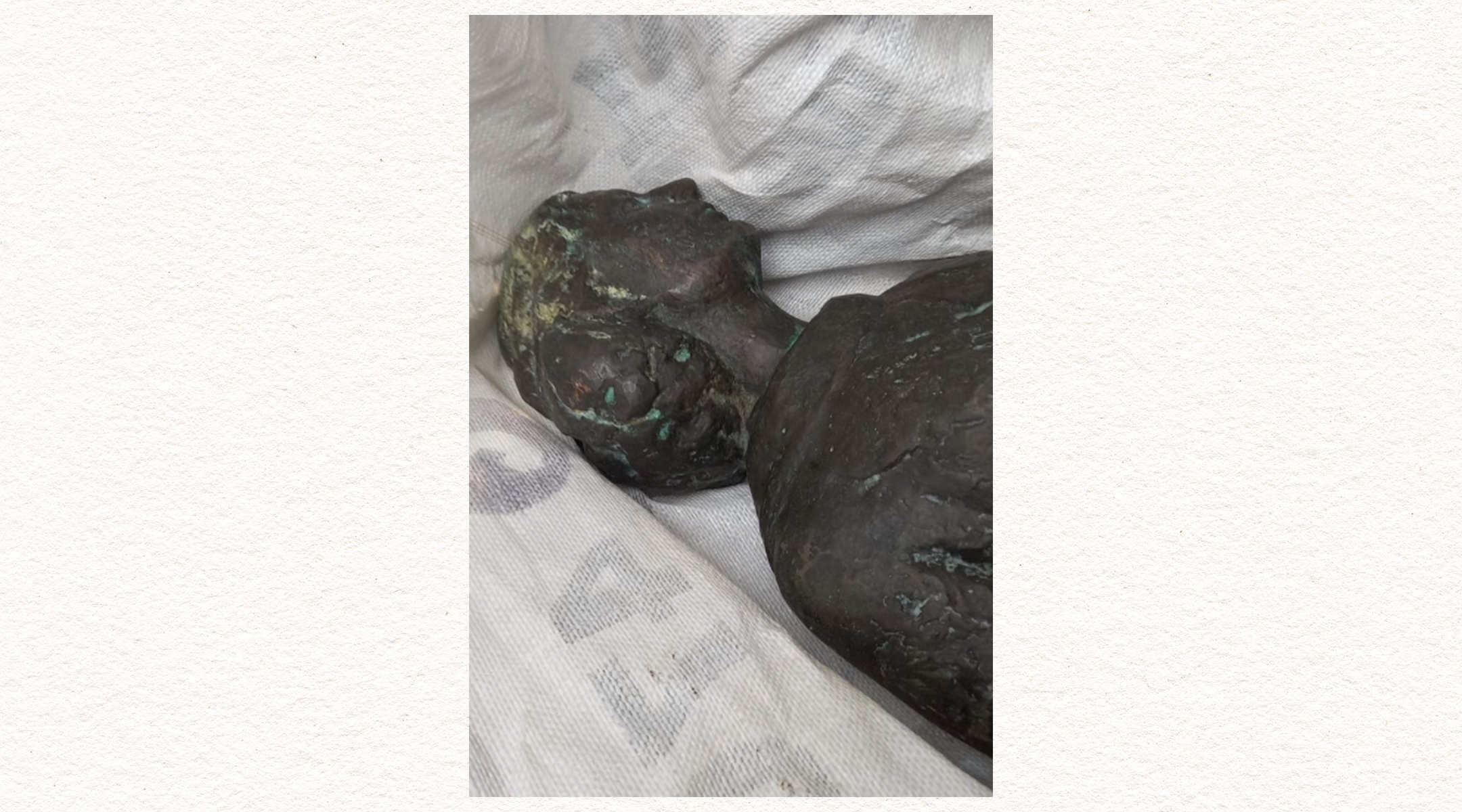 Police found the statue, a replica of one in Amsterdam, in a squatter shanty town near the center of the city.

Rodriguez Larreta said that he and Roel Nieuwenkamp, the Netherlands’ ambassador to Argentina, will soon rededicate the statue together in a ceremony.

“This piece symbolizes the memory of the Holocaust and the union between our countries, as well as the respect for human rights,” he said. “I have already communicated with the ambassador to give him the news of the recovery and I deeply regret that the event has occurred. As soon as a team of professionals has reviewed the state of the sculpture, we will together reinstate it.”

“We are happy to communicate that the statue that had been stolen was found. The episode allows us to reflect on the value of some symbols, and gives us strength to continue working on the construction of memory and human rights,” the museum’s Twitter account wrote.

The bronze statue was inaugurated in 2014 in the Kingdom of Netherlands Square in Buenos Aires’ Puerto Madero district, a popular tourist area. Anne Frank and her family hid for a time from the Nazis in Amsterdam during World War II.

Several bronze and other metal statues have been stolen throughout the city in recent years, by what some have called a “bronze mafia.” The largest Jewish cemetery in the wider Buenos Aires province has been robbed repeatedly since last year. Local Jewish leaders had said the Anne Frank statue robbery was not motivated by antisemitism.

In addition to the statue and the Anne Frank House, which was inaugurated in 2009, Buenos Aires has a Holocaust Museum that was inagurated in 2002 and rededicated in 2019 after renovations.