After months of debate, $1 billion extra for Iron Dome gets wrapped into Congress’ must-pass 2022 spending bill 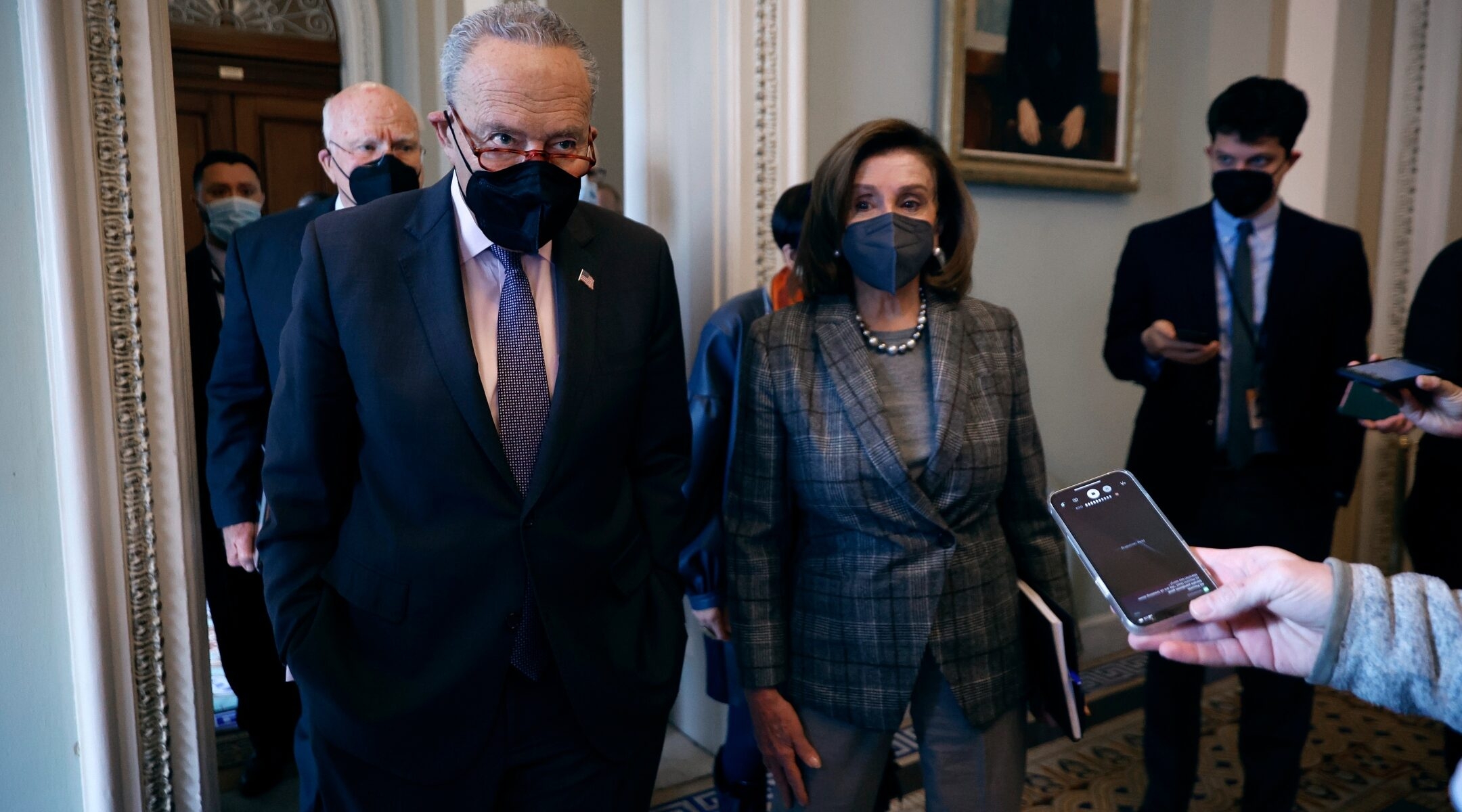 WASHINGTON (JTA) — After months of maneuvering over $1 billion to replace Iron Dome batteries Israel lost in last year’s Gaza conflict, the money is to be included in a bipartisan spending bill Congress will consider this week as it looks to avoid a government shutdown.

The House is likely to vote on the bill on Wednesday, as stopgap funding for the government ends Friday.

The massive 2,741-page bill makes clear that the $1 billion is in addition to a separate $500 million in the bill for Israel’s missile defense. The $500 million in funding, brokered in the last months of President Barack Obama’s administration, is part of a $3.8 billion annual defense assistance package for Israel that has been written into law.

It comes after progressive Democrats in the House last year insisted on considering the funding separately from another massive spending bill, a signal that defense assistance for Israel will from now on be under much stricter scrutiny going forward.

Despite that fraught debate, the House then overwhelmingly approved the standalone $1 billion for additional Iron Dome spending in September. The Senate was also set to push it through when a single senator — a Republican this time, Rand Paul of Kentucky — used his prerogative to hold up the bill.

The bill also increases funding for nonprofit security from $180 million to $250 million, a hike that Jewish groups have been pressing for, especially after the hostage-taking in a Texas synagogue in January. At least two proposed laws are seeking further increases: Reps. Benny Thompson, a Democrat from Mississippi and the chairman of the Homeland Security Committee, along with John Katko, a Republican from New York, last week got the committee to approve a bill that would increase funding for the security grants portion of the security increase to $500 million.

In the Senate on Tuesday, speaking to Charlie Cytron-Walker, the rabbi who saw his congregants through the hostage crisis, Republican Sen. Ted Cruz said he would introduce a bill to increase the funding to $540 million.

The Orthodox Union, the Jewish Federations of North America, and Agudath Israel of America are all longtime backers of the program.

“We will work with bipartisan champions of this program to ensure that it continues to grow until there is enough funding to secure every synagogue, church, mosque, and vulnerable nonprofit facility,” Eric Fingerhut, CEO of the Jewish Federations of North America, said in a statement.

Other funding backed by Jewish groups in the omnibus includes $6 million for assisting elderly Holocaust survivors and $5 million to streamline and improve the tracking of hate crimes.

Besides keeping the government open, there is added urgency this year as the omnibus bill includes nearly $14 billion in emergency funding for Ukraine, as the country fends off a Russian invasion. Schumer, who is Jewish, called the situation in Ukraine “a Holocaust” on Tuesday.

Jewish groups also will back the assistance for Ukraine. “As someone who came to the United States as a Ukrainian refugee, I can attest to how important and life-changing refugee support can be during times of crisis,” said Elana Broitman, the JFNA’s vice president for public affairs.

Spending bills are exempt from some of the Senate rules that can obstruct other bills: They need a simple majority of 51 and not the filibuster-proof 60 votes, and no single senator can hold them up. Additionally, Schumer brought in Senate Minority Leader Mitch McConnell to help shape the bill in hopes of getting bipartisan support.