Many Jews fast on the day before Purim. This year, some are dedicating the ritual to Ukraine. 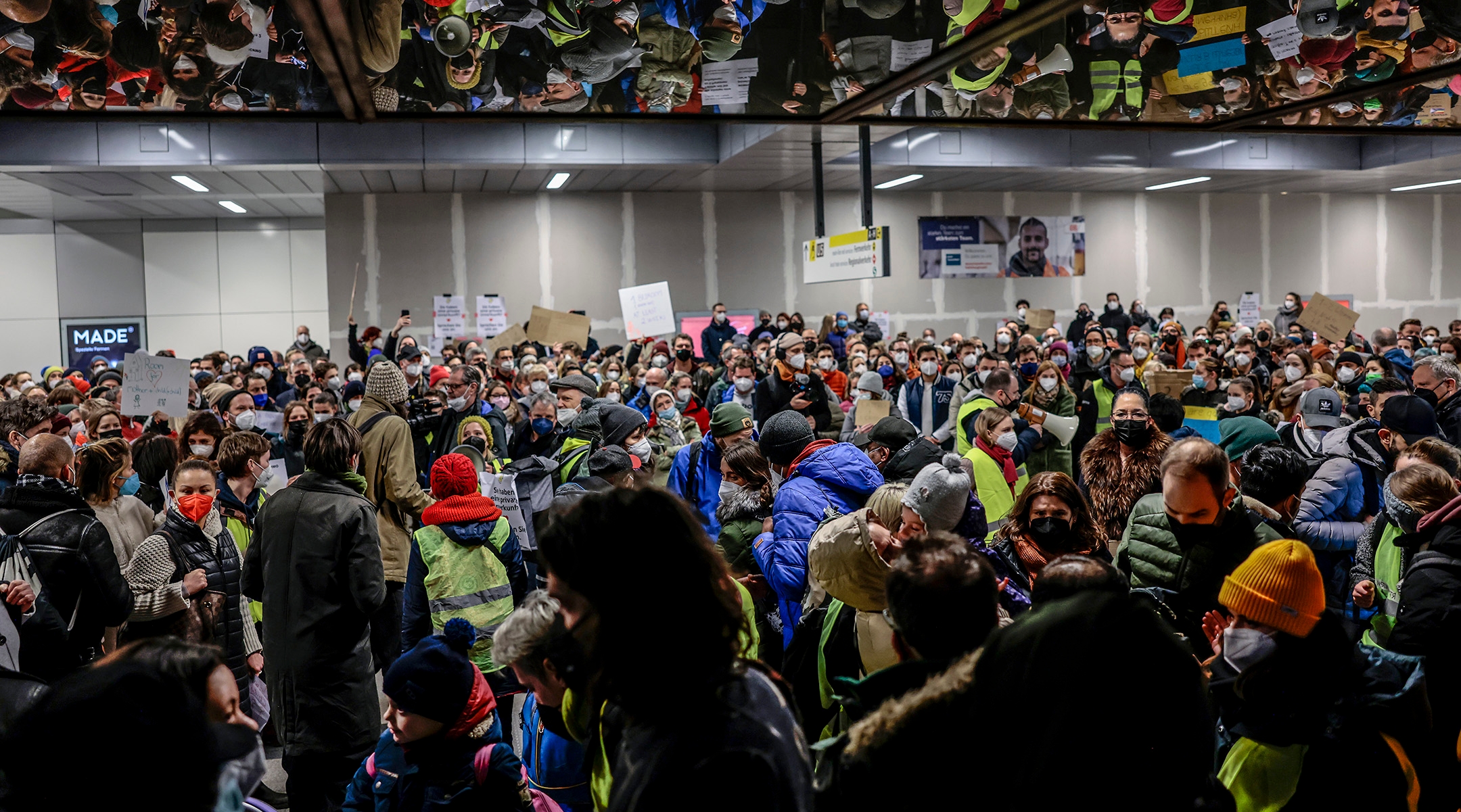 (JTA) – Russia’s war on Ukraine was only a week old when Rabbi Jeremy Borovitz tweeted a bold suggestion: He called for a Jewish fast day dedicated to Ukrainian President Volodymyr Zelensky.

Now, Borovitz is among a growing number of Jews who are planning to dedicate a traditional fast this week to Ukraine, in hopes of delivering spiritual strength to the forces defending that country from Russia.

The day before Purim is known as Ta’anit Esther, or the Fast of Esther, when many observant Jews fast from sunrise to sunset. It is an an echo of the fast that Esther, the heroine of the Purim story, asked the Jews of Shushan to observe before she petitioned the king to save them from a murderous villain intent on their destruction.

“Esther asked the people to fast because she wanted through the fasting of the Jewish people to give her strength, which is, I think, a deep idea in the Jewish tradition,” Borovitz told the Jewish Telegraphic Agency.

About Zelensky, he said, “This is a Jew in the world who needs our strength right now.”

Borovitz works with Hillel International in Berlin as part of a rabbinic career that he said was spurred by his two years as a Peace Corps volunteer in Ukraine a decade ago. 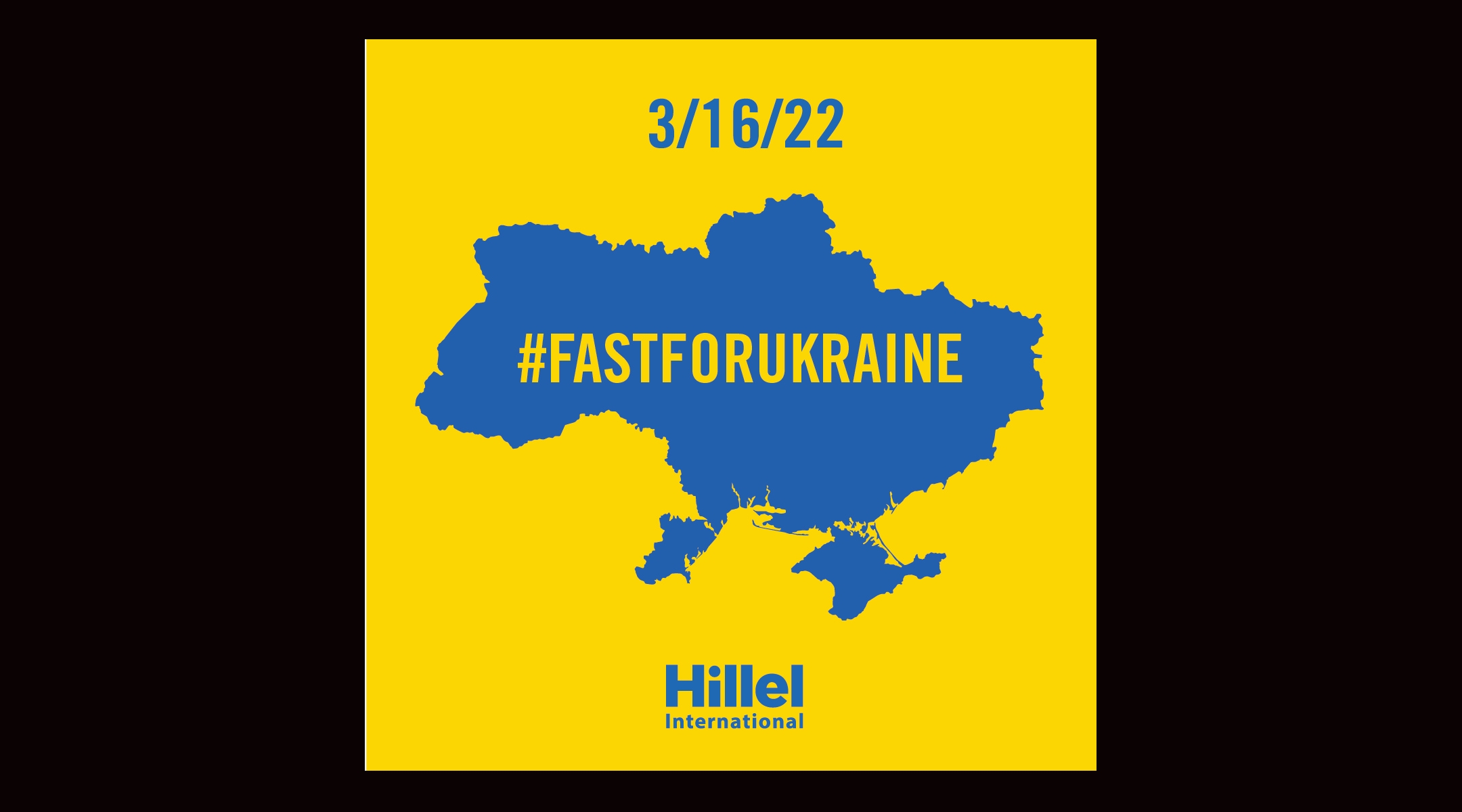 Hillel International is leading an effort to get Jews to turn the Fast of Esther into a day to support Ukraine. (Hillel Facebook)

Now, Hillel is a leading amplifier of the call for a fast in solidarity with Ukraine. The international group serving Jewish college students and young adults — its Kharkiv, Ukraine, headquarters were heavily damaged by Russian bombs in the war’s early days — is urging Jews who can to refrain from eating and drinking on Wednesday, and dedicate their fast to Ukraine. The group launched a website and a hashtag, #FastforUkraine, to galvanize participation.

“The fast of Esther reminds us as Jews that in order to make change in the world, we must look inward as well as outward,” Rabbi Ben Berger, Hillel International’s vice president of Jewish education, said in a statement. “Fasting aligns our bodies, our minds, and our spirits with the deep pain and need present in the world, awakening our souls to the role we might play in providing comfort and healing for ourselves and for others.”

Hillel is not alone in connecting Purim with the war in Ukraine. Moshe Azman, one of multiple men who lay claim to the title of chief rabbi for Ukraine, also called for a special fast on Wednesday, Borovitz said. Last week, the chief rabbis of Israel issued a special call for prayer at the Western Wall just before the fast day, saying, “The sorrow and pain of the Jews of Ukraine touched the hearts of all Jews around the world.”

And on Monday, a group of Reform and Reconstructionist Jewish groups, including the Union for Reform Judaism, announced a call for a communal fast on Wednesday that would be accompanied by a prayer service outside the Russian Embassy in Washington, D.C.

“For more than two weeks we have witnessed the heartbreaking suffering of the Ukrainian people at the hands of a leader who reminds us of Haman, and whose effort at subjugation must be stopped,” the groups said in a statement. “In the spirit of the Batei Din, the Rabbinic Courts of old, we call for a Taanit Tzibbur, a Communal Fast, to demonstrate our solidarity with the Ukrainian people.”

A communal fast or its alternatives, including making donations to causes aiding Ukrainians, offers a historic chance for Jewish groups to connect their work with the real concerns of the people they strive to engage, two Jewish philanthropists argued in eJewishPhilanthropy Monday.

“Jewish organizational work needs to connect our current lives and challenges with Jewish wisdom and tradition,” wrote Don Abramson, a former chair of American Jewish World Service, and Joe Kanfer, a former chair of Jewish Federations of North America. “This is a teaching opportunity to invoke our collective memory and for Jews to understand the significance of Purim in a way that they likely have not in their lifetimes.” 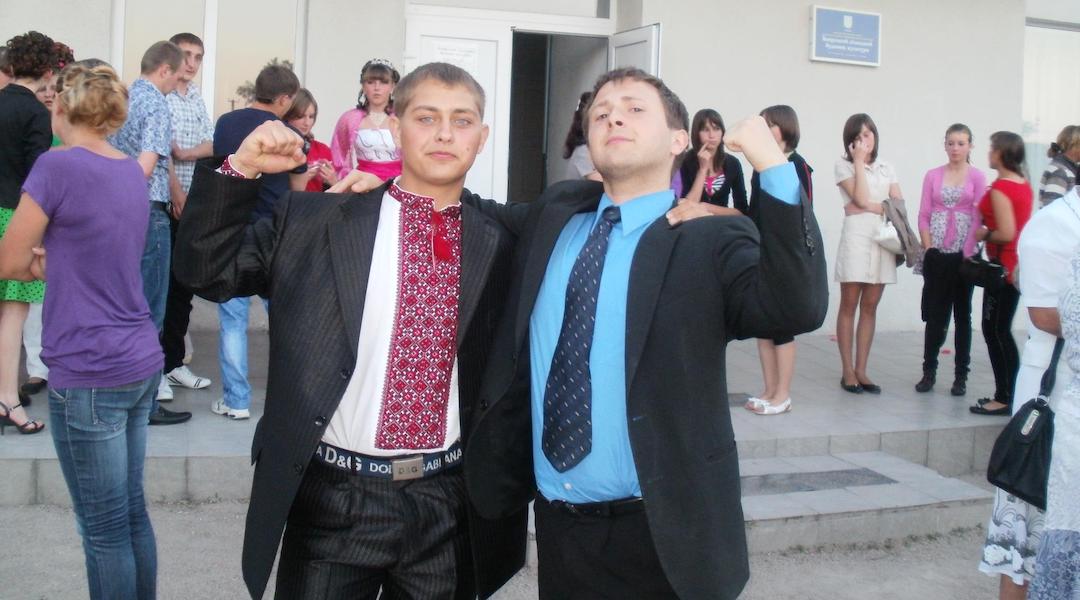 Rabbi Jeremy Borowitz, right, and one his students, Yuri Verhulatsky, clown during a graduation ceremony held in Boyarka, Ukraine, where Borowitz was a Peace Corps volunteer in 2011. (Courtesy Borovitz)

For Borovitz and others on the front lines of the effort to support Ukrainian Jews, the holiday’s significance is already being felt viscerally: The Hillel building where he works in Berlin has been turned into a hostel for students who have fled Ukraine.

Borovitz said he’s thinking not just about the impact of the fast day on Jews like him, but on non-Jewish Ukrainians like the ones he got to know during his Peace Corps stint. At least 10 of his former students are currently serving in the Ukrainian Army, he said, adding, “As far as I know, everyone’s alive.”

“I think that it would mean a lot for people in Ukraine — and maybe even for the president himself — to know that the Jewish people are behind them,” he said.