Zelensky to German parliament: Russia’s war has made the phrase ‘never again’ meaningless 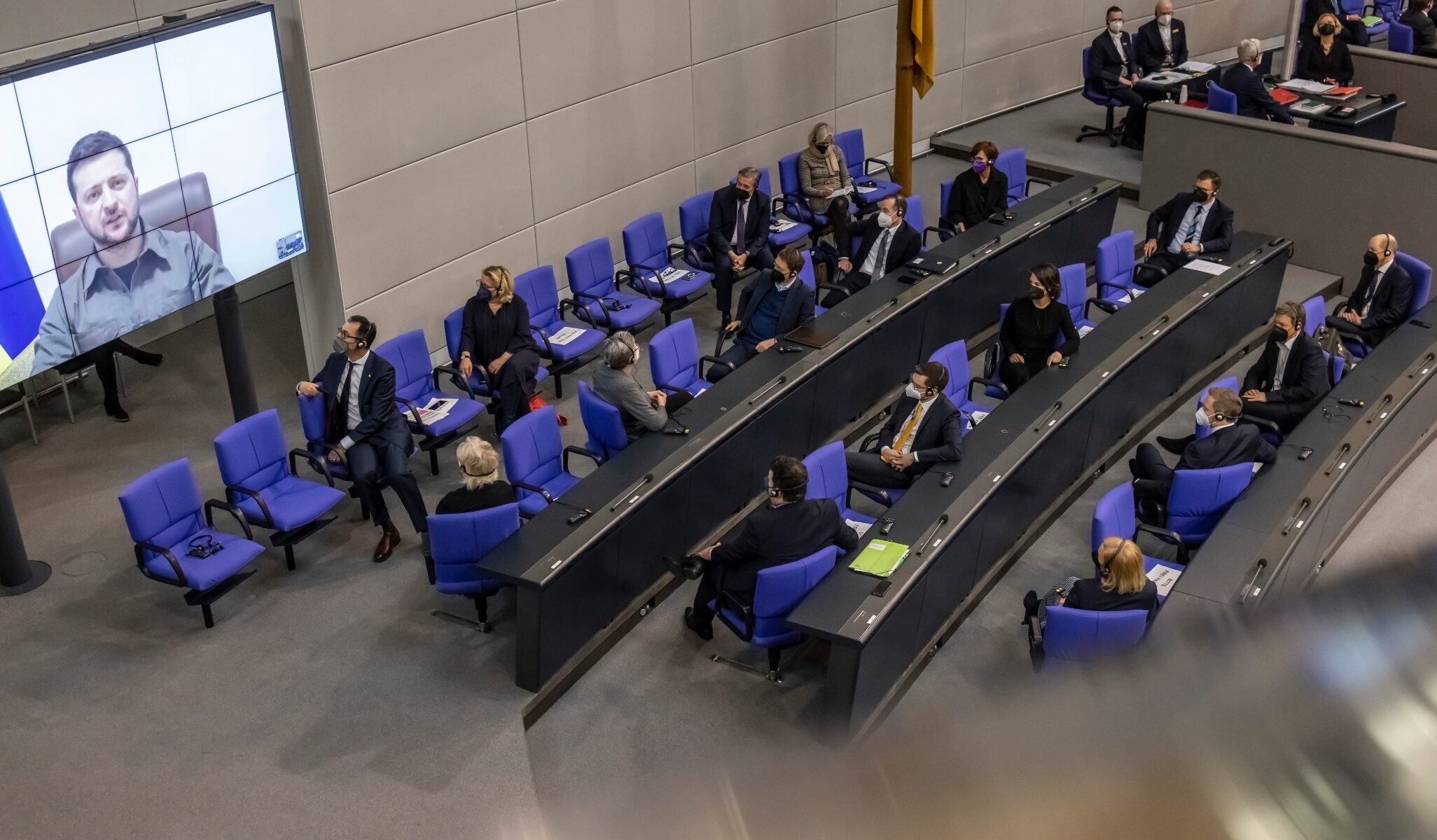 (JTA) — In a charged video address to Germany’s parliament, Ukrainian President Volodymyr Zelensky said that the phrase “never again,” a phrase from the post-Holocaust era, now “doesn’t mean anything” as Russia continues to attack Ukraine.

“‘Never again’ has been the slogan but now it looks like it doesn’t mean anything, this slogan,” he said. “The aggressor is trying to destroy everything.”

Zelensky referred in his speech Thursday to the recent Russian strike near the Holocaust memorial at Babyn Yar, the site of German mass killings of Jews near Kyiv in 1941. He noted that Germany’s president, Frank-Walter Steinmeier, joined Zelensky and Israeli President Yitzhak Herzog last year to mark the 80th anniversary of the massacre.

Invoking the Holocaust era in Germany is touchy: The country’s elites are loath to liken any post-Holocaust event as equivalent to the World War II era, fearing that they would be seen as seeking to diminish the unprecedented scope of the genocide.

Yet Zelensky earned rapturous applause, as he has in addresses to other world governments in recent weeks.

The parliamentary spokesman for Germany’s ruling Social Democratic Party-led coalition, Nils Schmid, was asked by the BBC after Zelensky’s address whether Germans would be upset by his Holocaust allusions. Schmid said that Germans would say that Zelensky’s Jewishness gives him the right to make the allusion.

Zelensky has engaged in a round of appeals to legislative bodies in recent weeks to help his country stave off Russia’s invasion, and each has been tailored to his audience. Speaking to the U.S. Congress in Wednesday, Zelensky invoked Martin Luther King Jr. and Ronald Reagan and appealed to the Biden administration to assume a role of world leadership. Zelensky is speaking to members of Israel’s Knesset next week.