‘Wounds that never heal’: 5 reflections from Buenos Aires on the 30th anniversary of the city’s Israeli embassy bombing 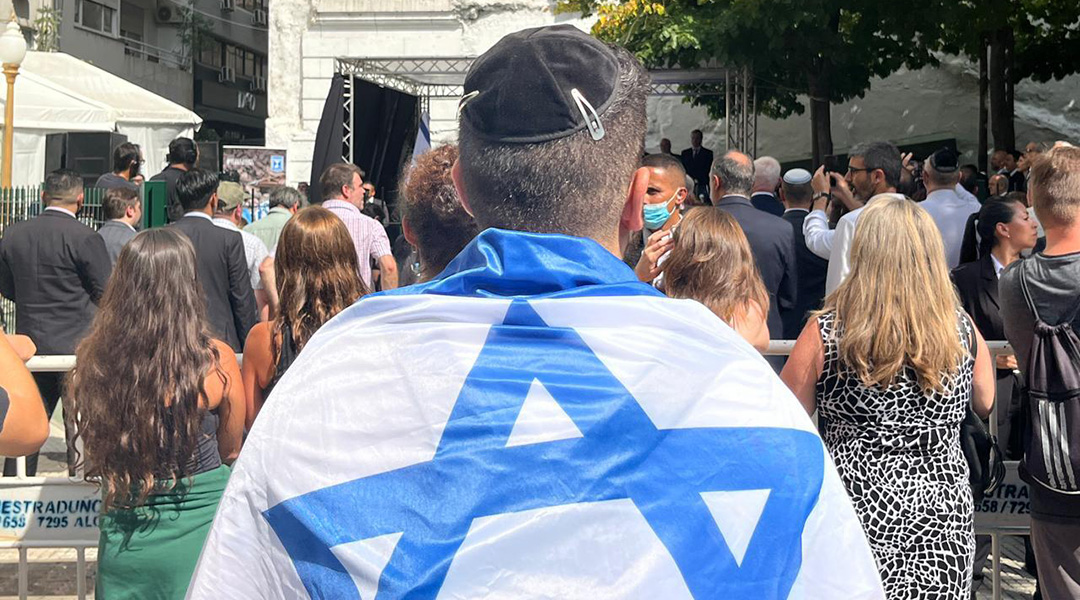 BUENOS AIRES (JTA) — In the center of this city, promptly at 2:50 p.m. local time on Thursday, a siren called out. The sound of the bells also came from the Mater Admirabilies church, in front of the former location of the city’s Israeli embassy, on the corner of Arroyo and Suipacha streets.

A minute of silence followed. Then 22 names were read out loud to the 2,000 or so people who gathered near a stage with a podium.

The moment marked the exact time that a car bomb exploded in front of the Israeli embassy here 30 years ago, killing 29 people (including seven who were never publicly identified), injuring hundreds and damaging several surrounding buildings. Two years later, over 80 people were killed in a similar bombing at the site of the AMIA Jewish center building.

The embassy attack rattled Argentine Jewry, and the aftermath of the AMIA bombing infuriated them — in the decades since, the perpetrators have never been fully brought to justice. Members of Argentina’s government have been accused of covering up evidence that would incriminate Iranian-backed Hezbollah criminals.

In a sign of how seriously the Israeli government still treats the embassy bombing, Israeli Justice Minister Gideon Sa’ar spoke at the commemorative rally on Thursday and used the platform to rail against Iran and the nuclear deal that the United States and other world powers are currently renegotiating.

“It was an attack against my country, and also against Argentina, the country where my father was born and grew up,” Sa’ar said of the bombing. “We have a moral obligation to go after those who committed this despicable crime. We demand that they be brought to trial for their crimes against humanity… Iran’s sole objective with the nuclear deal is to free itself from sanctions, obtain funds to strengthen terror and instability in the region and in the world. How much longer are we going to have to wait for justice to arrive?”

Despite the late summer sun and heat, the atmosphere at the rally was quiet and somber. Students from local Jewish schools came with their teachers, as a school activity, with Argentine and Israeli flags. Some people wore masks, others didn’t but looked to keep a social distance.

We spoke with some of the attendees, to hear their thoughts on the historical moment. Their answers have been condensed and lightly edited for clarity. 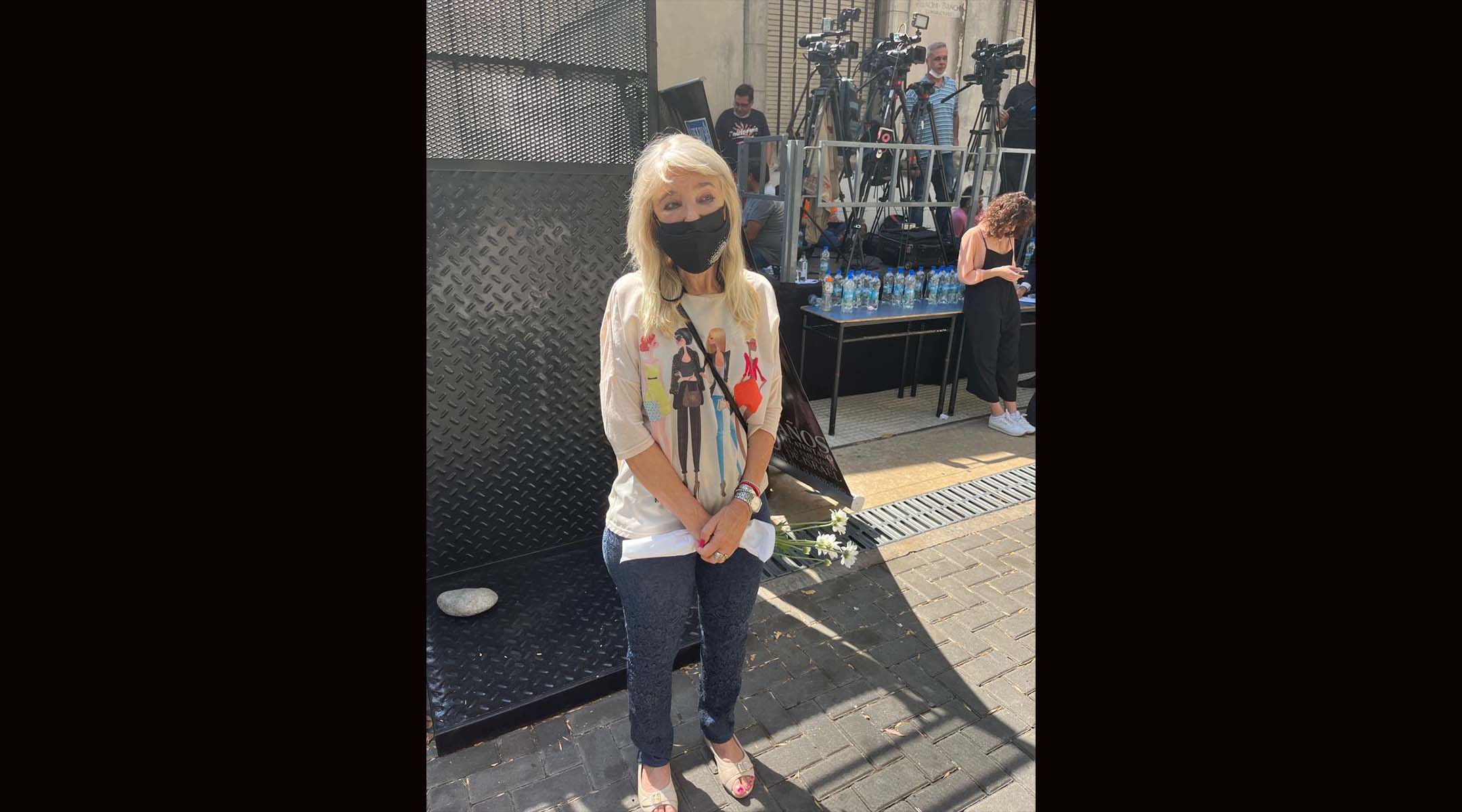 I’m a doctor, with 40 years experience. I live in front of the former embassy at the Bencich Building, an old palace. I was right there [points], on the 4th floor, when the bomb exploded.

I remember it was a very nice day, it was a pleasant day… A beautiful day as any other… and then the horror…. When I remember that day, I remember the horror. At first I thought it was a gas explosion, some home device.

I think of Ukraine and ask myself, “how do you recover after a bomb?” I mean, in Europe or Israel, maybe there are people that know they may get something from the sky, but not here, not here…

I came here to leave a flower for all the people that lost their lives here, and even for me. I am a very different person after the bomb. 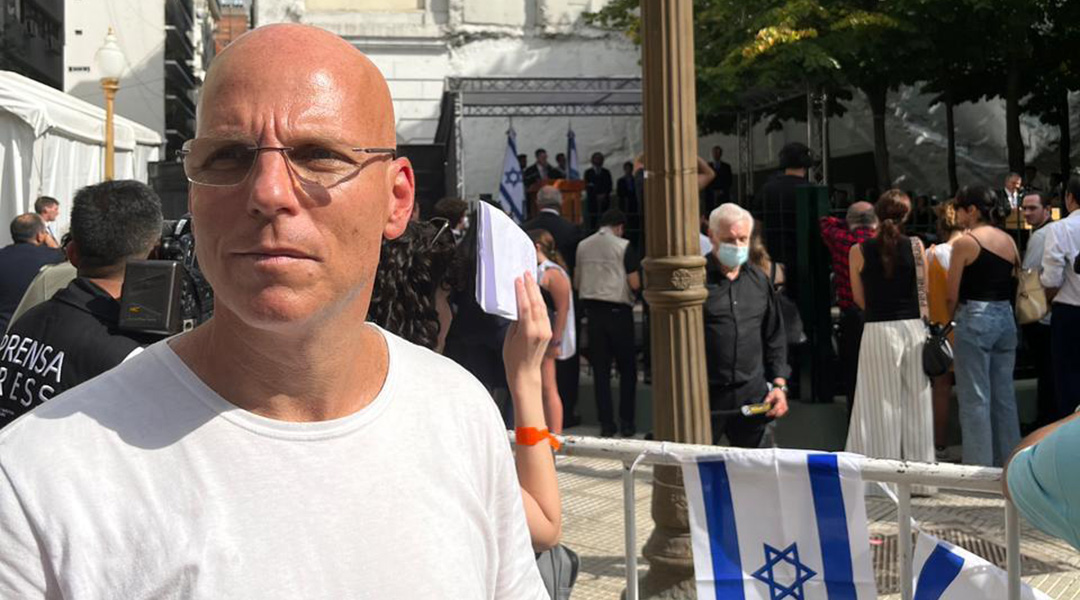 I was in a taxi in this area. We heard an explosion and I was shocked. Minutes later, I asked the taxi driver to let me off there, without knowing why. I started walking towards the place, guided by the column of smoke.

I have two friends who were employees at the embassy at that time and were inside the building when it exploded, Martin and Noam — magically I could see them both come out of the rubble, beaten but in good general condition, probably in shock. They remained there helping others.

I think that after 30 years these wounds have transformed us into different people. Because you can’t live with wounds and rancor, but also you can’t forget, so this has affected our way we relate with each other.

I was in a shopping mall near here, Patio Bullrich, at the moment of the explosion. It was a very strange moment, we heard a sound but we did not imagine it was a bomb. It was impossible to have a bomb in Buenos Aires.

I walked towards the noise and then I found myself in front of the building. It was then when we realized that something dramatic and unique had taken place.

Unfortunately not much [changed], until 2 years later when the AMIA was blown up by another terrorist attack. Time passed [after 1992] and there was a feeling that this was an attack on Argentina, and not only on the Jewish community.

There are wounds that never heal. This is a clear example of one of them. 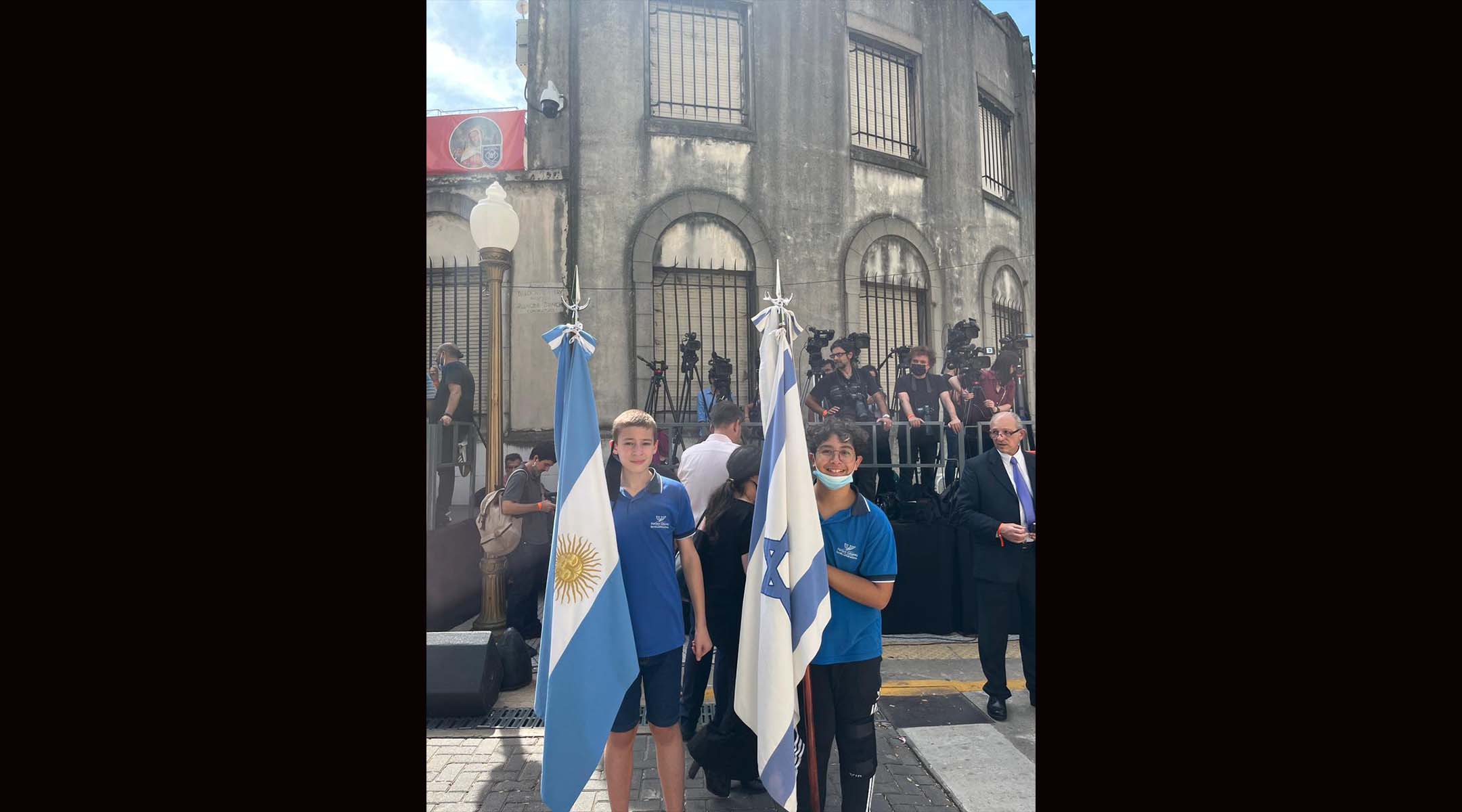 Students from the Natan Gesang school at the rally. (Juan Melamed)

As a Jewish institution, we educate our students as people of integrity and pluralism based on the knowledge of our history and traditions.

Participation in demonstrations like this one represents the exercise of memory as Jewish people, and also being active members of Argentine society, so that this kind of violent act that threatens humanity itself does not happen again.

I think that time neither heals nor deepens wounds, these facts must be remembered so that they do not happen again. Memory and transmission from generation to generation promote the construction of a better world. 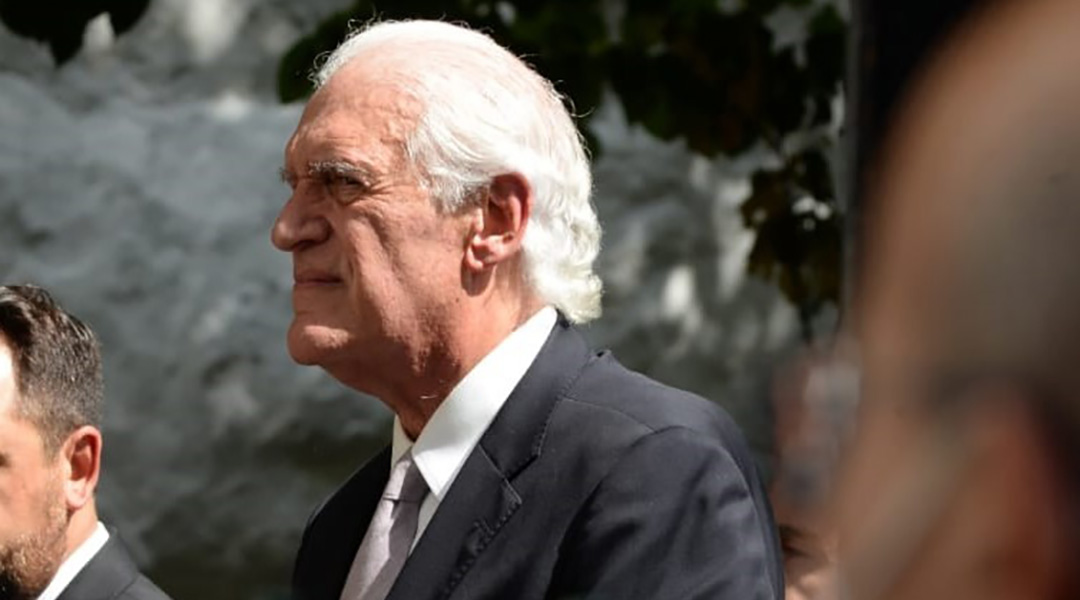 I don’t think there is a risk of another attack like this in the region, but we need to do hard work in every country of the region — it is different in Argentina, Brazil, Mexico or Chile.

I think [these countries stand with Israel], I’m sure that none of the countries in our region are close to terrorism. But we need that the red alerts that Interpol currently issued on the Iranians accused of the AMIA attack remain in place. We urge competent authorities to uphold that.

And we need justice. Justice continues to be a priority for the integrity of Argentine society, for the safety of the Jewish communities in the region, and for the memory of the victims.