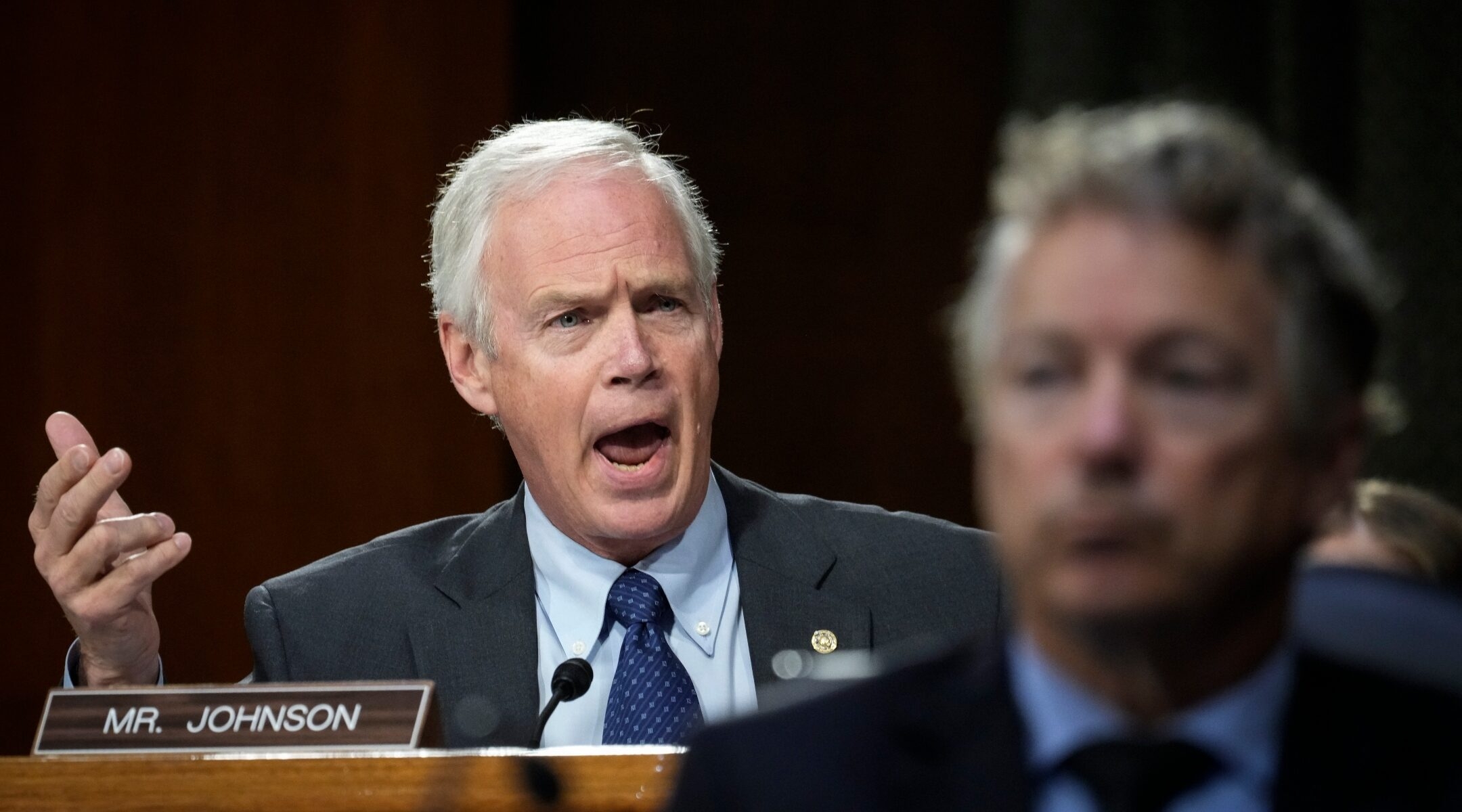 Lipstadt, an Emory University professor, is one of the world’s leading Holocaust scholars. A broad array of Jewish organizations, some with strong ties to Republicans, have lambasted the delay at a time of concern about rising antisemitism.

Johnson was the only current senator and only candidate for Senate among the 14 endorsements that Republican Jewish Coalition announced Monday.

“We never make decisions based on what outside individuals or organizations think,” Matt Brooks, RJC’s CEO said in a text. “He’s been a strong ally and has stood with the Jewish community over the years and we will work hard to support his reelection.”

It has also included defending those who breached the U.S. Capitol during the Jan. 6 insurrection. On a talk show host last year, he said the Jan. 6 rioters, who sought to stop Congress from affirming Joe Biden’s presidential election and who injured some 140 police in a deadly insurrection, did not pose a threat and “loved their country.” Had the protesters been associated with Black Lives Matter, he said, he would have been concerned.

Those comments drew substantial criticism, including from Lipstadt, who tweeted that his position was “white supremacy.” Johnson has in turn cited Lipstadt’s tweets when using his prerogative as a member of the Senate Foreign Relations Committee to block debate on her nomination.

The other RJC endorsements include nine incumbents and four newcomers in races for the U.S. House of Representatives.

A big focus of the 2022 election will be whether former President Donald Trump continues to hold sway on the party. The RJC list straddles both pro-Trump Republicans, such as Nicole Malliotakis of New York and Andy Harris of Maryland, and those who have criticized him, including Nancy Mace of South Carolina and Peter Meijer of Michigan.

In the pro-Israel community, the American Israel Public Affairs Committee’s affiliated PAC has come under criticism for endorsing Republicans who voted against affirming Biden’s presidential win on Jan. 6, 2021, the day of the insurrection. Johnson has taken a lead role in the Senate in perpetuating Trump’s false claims that the election was marred by fraud.

This is the second round of endorsements for the RJC’s PAC in the 2022 cycle; the PAC endorsed five House incumbents last April.