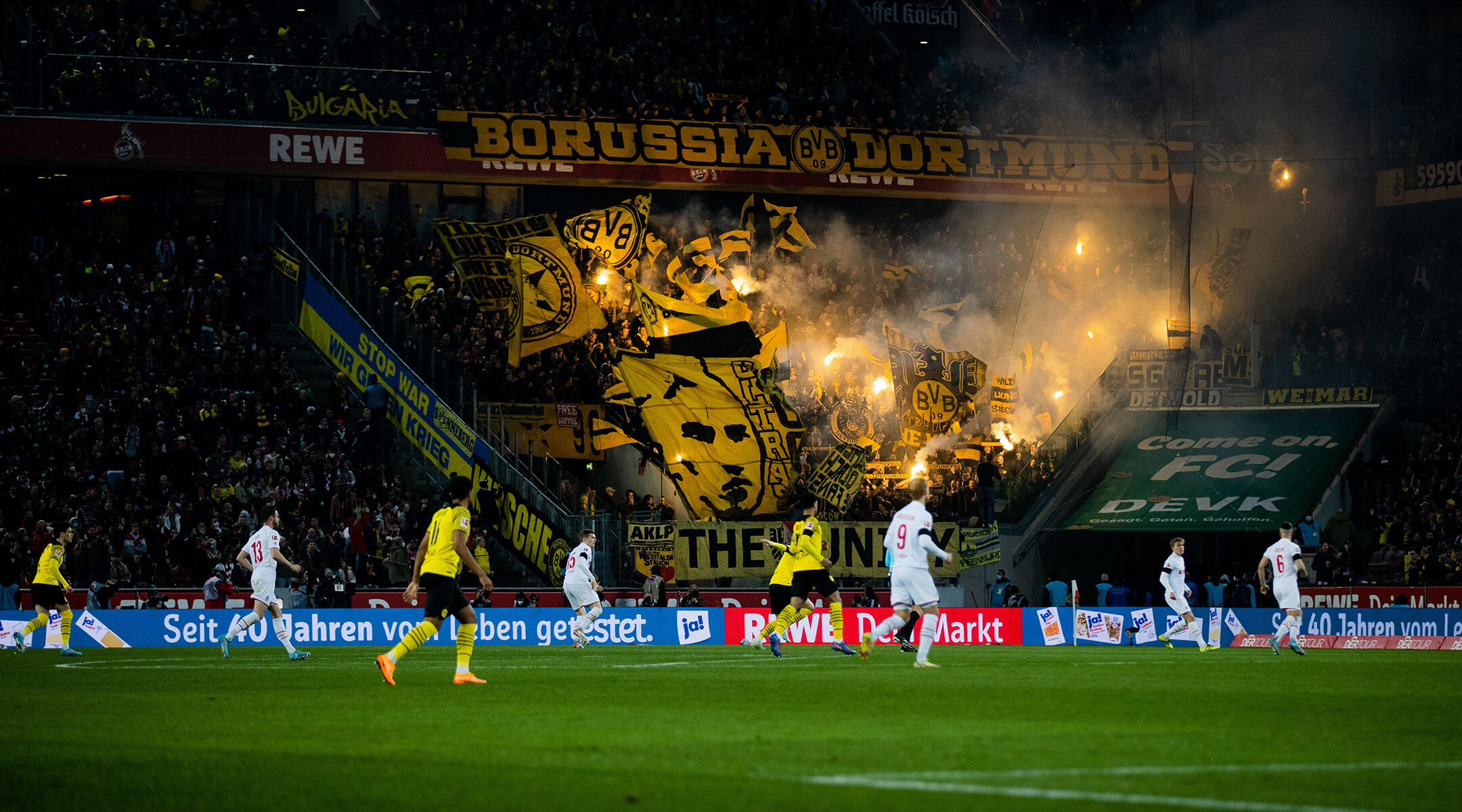 BERLIN (JTA) — When German soccer fans said they were “building a train to Auschwitz” for their Makkabi Jewish youth team opponents in 2006, it caused a sensation. Fan culture has changed for the better since then, observers say.

But it’s not good enough.

Earlier this week, a 28-year-old fan displayed a Hitler salute — which is banned in Germany — at a game between the national teams of Germany and Israel, in the southwest German town of Sinsheim. Police are investigating the incident.

From chants and insults in stadiums to offensive banners and stickers, antisemitism is still prevalent in Europe’s soccer stadiums, where — reflecting society at large — a right-wing fringe equates the word “Jew” with “loser,” and anything Israel related is demonized. The topic is much more prominent worldwide in the English Premier League, where opponents (and some affectionate fans) of the Tottenham Hotspur routinely call the team’s fans “Yids,” and Russian billionaire Roman Abramovich — who is selling his Chelsea club over his ties to Vladimir Putin — started a high-profile campaign to combat antisemitism in football.

But the issue persists in the German Bundesliga, one of the world’s top leagues, as well. On Wednesday, experts and Jewish leaders gathered in Dortmund to call for a united voice against antisemitism in soccer culture, and by extension throughout society.

At a daylong conference titled “Antisemitism and Professional Football: Challenges, Opportunities, Network,” organized by the Central Council of Jews in Germany, the World Jewish Congress and the Deutsche Fußball Liga (German Soccer league, or DFL), participants looked at best practices — from history education to increased encounters with Jews — and renewed their commitment to tackle the problem.

“Antisemitism was and is more than ever a danger in the here and now,” Carsten Cramer, managing director of the famed Borussia Dortmund team, said at the conference. 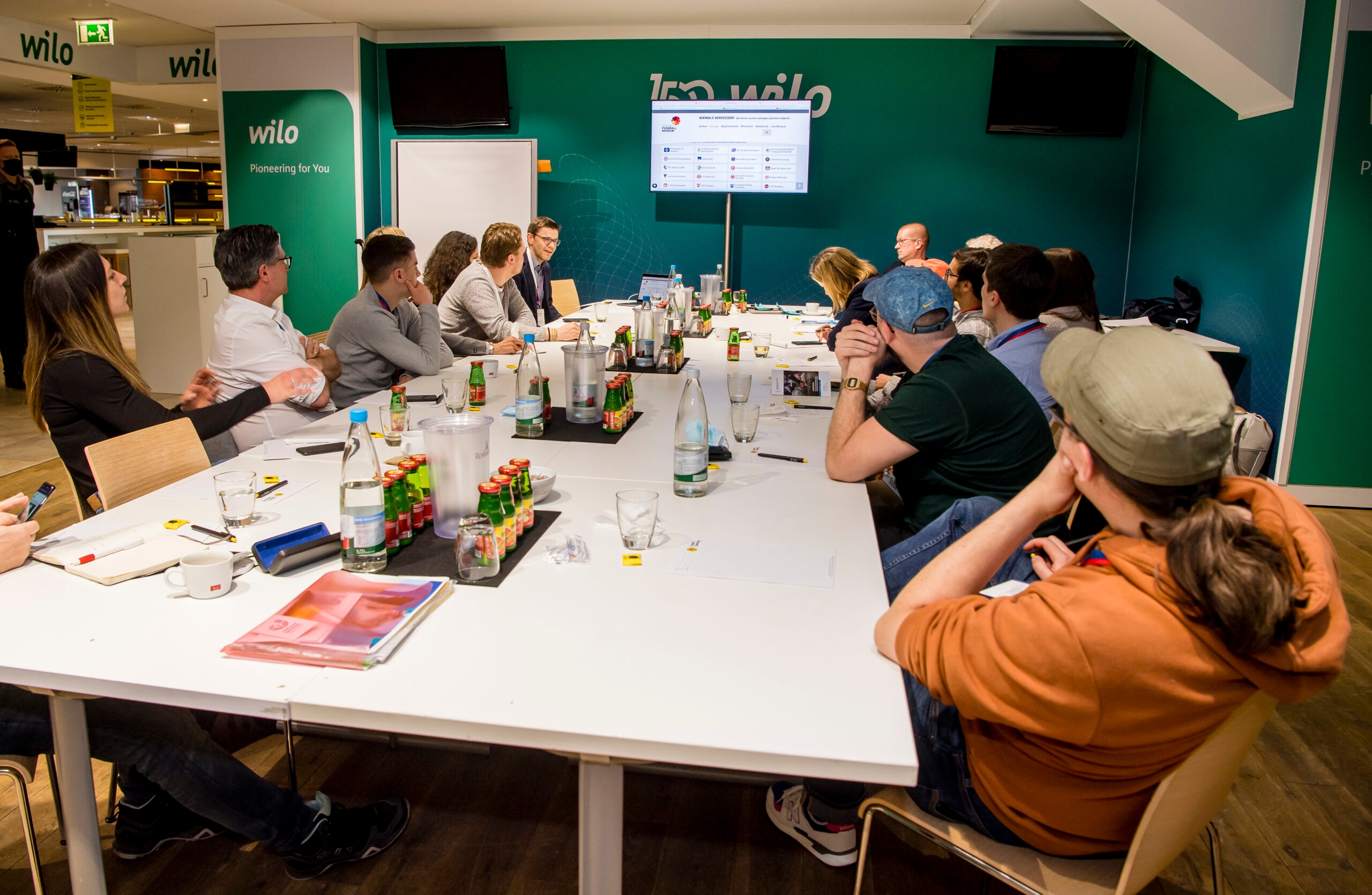 With their diverse fans, football leagues “are in a unique position to initiate discussions that benefit society as a whole,” WJC Executive Vice President Maram Stern said in a statement ahead of the event. Many clubs have already launched good initiatives, Josef Schuster, president of the Central Council, said in announcing the conference.

Last year, a survey conducted by Makkabi Deutschland — an association of over 5,000 amateur German-Jewish athletes — found that two-thirds of Jewish soccer players had experienced antisemitic incidents on the field. A player on the Makkabi team in Frankfurt, Noam Petry, told Germany’s Deutsche Welle site that he frequently heard insults like “you shitty Jew,” or “they should have gassed you” in games against non-Jewish clubs. Referees rarely step in, he noted, adding that one referee even threatened to throw a Jewish player off the pitch, for using the word “Nazi” to describe an opponent who had hurled an antisemitic insult at him.

Antisemitism exists across big and small leagues and at all levels, from fans to coaches to security officials to players, said Pavel Brunssen, a graduate student at the Frankel Center for Judaic Studies at the University of Michigan, who flew in to speak at the conference.

“Supporters may add a Star of David to the other club’s symbol to ‘mark’ it as Jewish,” he told the Jewish Telegraphic Agency in an email. “Or antisemitism may appear in stickers or graffiti in the streets, or in the form of banners, chants and violent behavior in the stadiums.”

Back then, it wasn’t uncommon to hear chants in German stadiums like “Jews to the gas,” or “Hitler is coming to get you!”

“Today, the problem persists, but on an entirely different level. Many fans, players, and officials initiated campaigns in the early 2000s,” Brunssen said. “Despite all efforts, antisemitism remains an issue.”

It impacts fans who are recognizably Jewish or Israeli, Schuster told JTA in an email interview.

“It happened for example last year in a game between Union Berlin and Haifa. Sometimes, fan songs have antisemitic content. Israeli referees are sometimes cursed out. And recently, in a German-Israel national game, there were even antisemitic comments on … Twitter and Instagram channels,” he said. “While the German league associations have made an effort to combat antisemitism and racism, the incidents keep on coming.”

“Since antisemitism is on the rise in society as a whole, it sadly follows suit that it comes up more frequently in soccer stadiums,” he added.

Representatives from soccer clubs in the German Bundesliga and Bundesliga 2, Jewish organizations and communities, and other experts took part in the conference. Among the speakers were Schuster; Felix Klein, Germany’s Commissioner for Jewish Life in Germany and the Fight against Anti-Semitism; and Mahmut Özdemir, Parliamentary State Secretary at the Federal Ministry of the Interior.

Many German soccer clubs have initiated programs that look at the history of the Holocaust, bringing fan groups on educational trips to the Auschwitz memorial in Poland, for example, or meeting with Holocaust survivors.

It’s important, but teams can go further, said Daniel Lörcher, head of Borussia Dortmund’s corporate responsibility division. Last September he organized a conference about antisemitism in soccer called Changing the Chants in Oswiecim, Poland, the location of the former concentration camp, and he also co-organized the event this week in Dortmund.

The club’s educational program started in 2008, and they made their first trip to Auschwitz 2011. 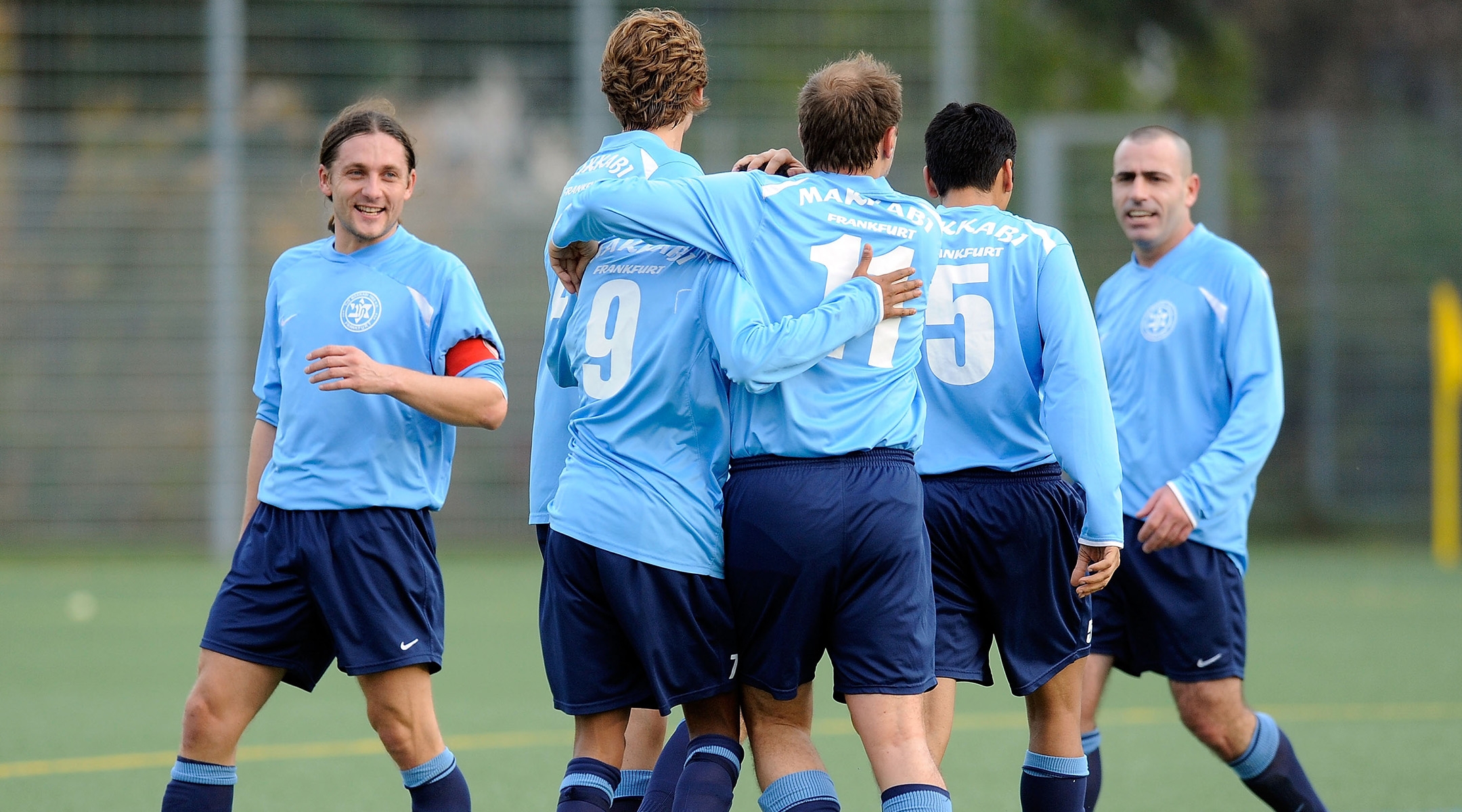 “But when Borussia was asked about an incident [at home] they would just say ‘we are open to everyone.’ We never named the problem,” Lörcher said.

That changed starting in 2013, Lörcher explained. And in 2015, after fans were heard singing an antisemitic song on their way to the season final, “We made it public and asked supporters to go to the police,” he said. “This helped us a lot in creating a clear and strong position.”

After the incident in Sinsheim last week, a fan informed a steward in the stadium who reported the Hitler salute to authorities. The German Football Association (DFB) praised the whistleblower’s action as “exemplary,” and urged other fans to follow suit. It also provides a hotline number for fans to call.

Borussia Dortmund focuses on building a “positive force in the stadium, creat[ing] an atmosphere where the public feels welcome. [One] can even buy a scarf against antisemitism in our shop,” Lörcher said: “The earnings are dedicated to our work on antisemitism.”

Exchange with Jewish communities is essential, he added.

“When I started this program I didn’t know a Jewish person, and now I have Jewish friends all over the world,” Lörcher said. “To listen to the Jewish perspectives and learn from people who can be affected directly by antisemitism is really important.”

In fact, many non-Jewish Germans still feel hesitant about crossing that bridge, and not just in sport. That’s why the Central Council’s “Meet a Jew” program is so popular: It offers non-Jews in many contexts the chance to meet with Jewish peers and ask them “everything they ever wanted to know” — no holds barred.

That outreach is now being aimed at the soccer world, Central Council President Schuster told JTA.

“We want to tackle some of their insecurity about contact,” Schuster said. “It’s fantastic that we are beginning this cooperation with the DFL, one of the leading soccer clubs in the world.” 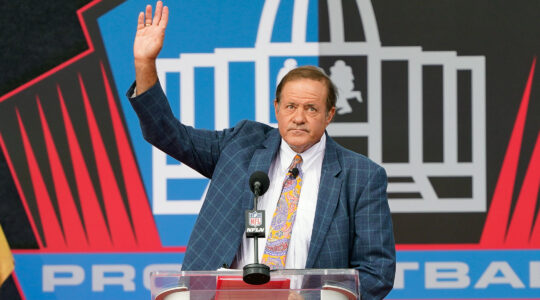 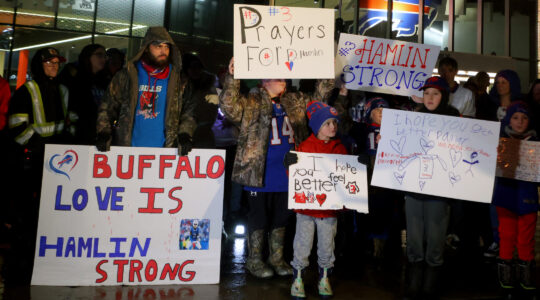