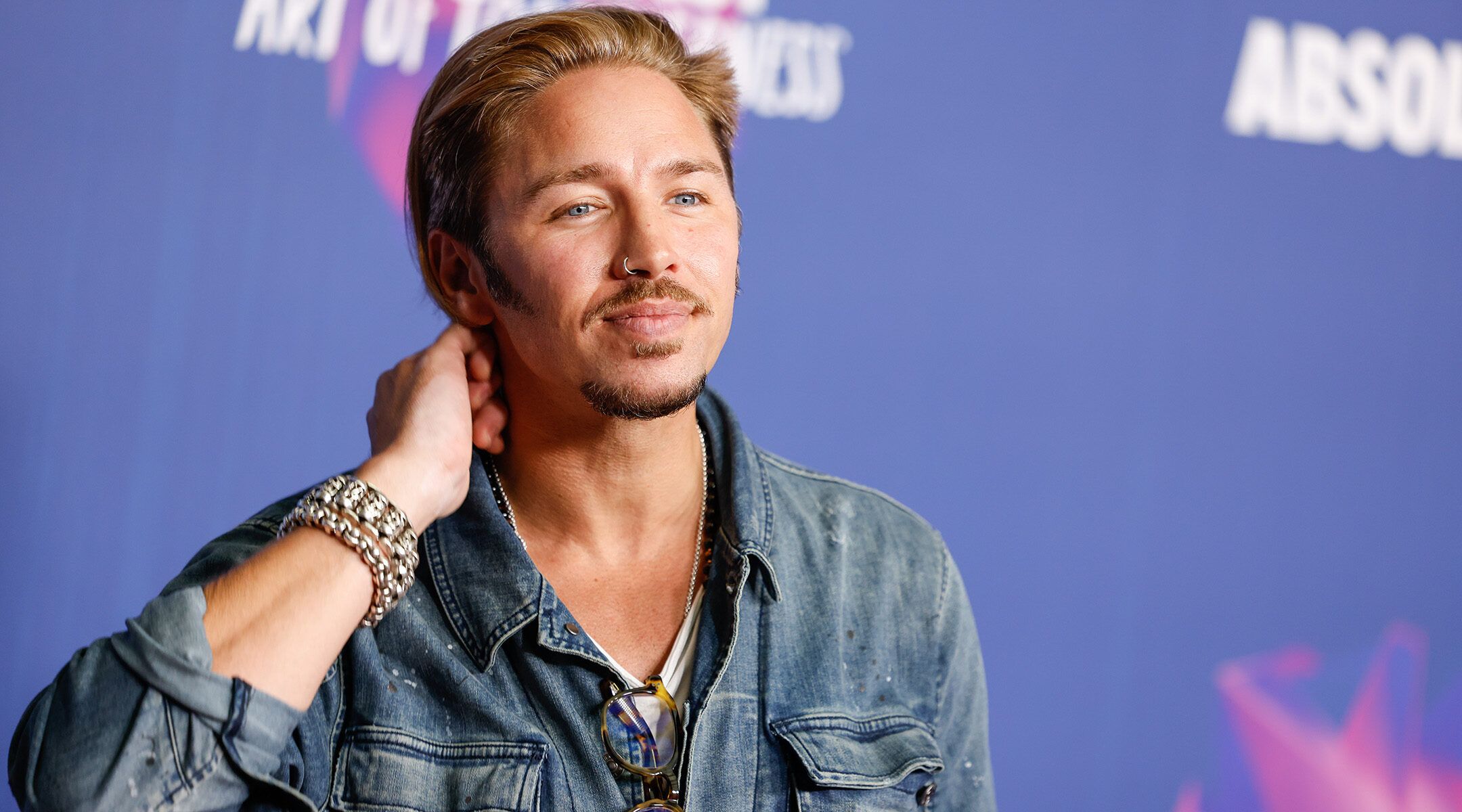 (JTA) — A public prosecutor’s office has charged the German-Israeli singer who said he was denied service at a hotel in Leipzig for wearing a Star of David pendant with false accusation and slander.

But as of now, Gil Ofarim is set to star this week as a disciple of Jesus in a musical TV special about the last days of Jesus’ life.

Ofarim, 39, was indicted on March 31 by the Leipzig public prosecutor’s office. It is now up to the Leipzig Regional Court to decide whether to proceed with a trial.

At issue are Ofarim’s claims that an employee of Leipzig’s Westin Hotel insulted him on Oct. 4, 2021, refusing to give him a room because he was wearing a visibly Jewish symbol. Ofarim posted his own video to social media purporting to show the incident.

The accusation went viral, and Jews and others protested outside the hotel on his behalf. The employee was temporarily suspended.

It wasn’t long before doubts were raised about Ofarim’s account. The hotel shared its own security camera footage with German news media: In it, there was no star of David pendant to be seen around Ofarim’s neck. The online publication Bunt.de included the security video in a recent report.

The pop musician responded to the German tabloid newspaper Bild at the time that he didn’t remember if the pendant had been over or under his shirt, but he claimed “it’s about being Jewish in general.”

After a months-long investigation, the state prosecutor found Ofarim’s accusations to be spurious. They dropped their investigation of the hotel employee on March 31, and then turned around and filed charges against Ofarim.

They alleged that Ofarim had posted his video knowing he would damage the reputation of the hotel employee in question. They said Ofarim had lied when reporting the incident to police, and that – when the employee then sued him for defamation – Ofarim countersued despite knowing that his accusations were false.

The incident has prompted more antisemitism, according to Felix Klein, Germany’s commissioner on antisemitism. Speaking to the dpa news wire in January, he said that as doubts were raised about Ofarim’s account, “It coursed through social media: ‘The Jew lies’…The whole thing has been damaging.”

After charges were filed against Ofarim on March 31, the governor of the state of Saxony, Michael Kretschmer, said Ofarim had not only discredited those he accused, but also “damaged the Jewish community.”

According to dpa, Kretschmer said it was “shocking and deeply despicable” to misuse the charge of antisemitism “for false statements and slander.” He said an apology was in order, from Ofarim and all those who prejudged the hotel and its employee.

Whatever his next legal move may be, Ofarim is still on board to star in “The Passion,” a “modern” retelling of the Easter story, complete with contemporary pop songs, on Friday. The RTL TV broadcaster said it was presuming Ofarim’s innocence in the case.