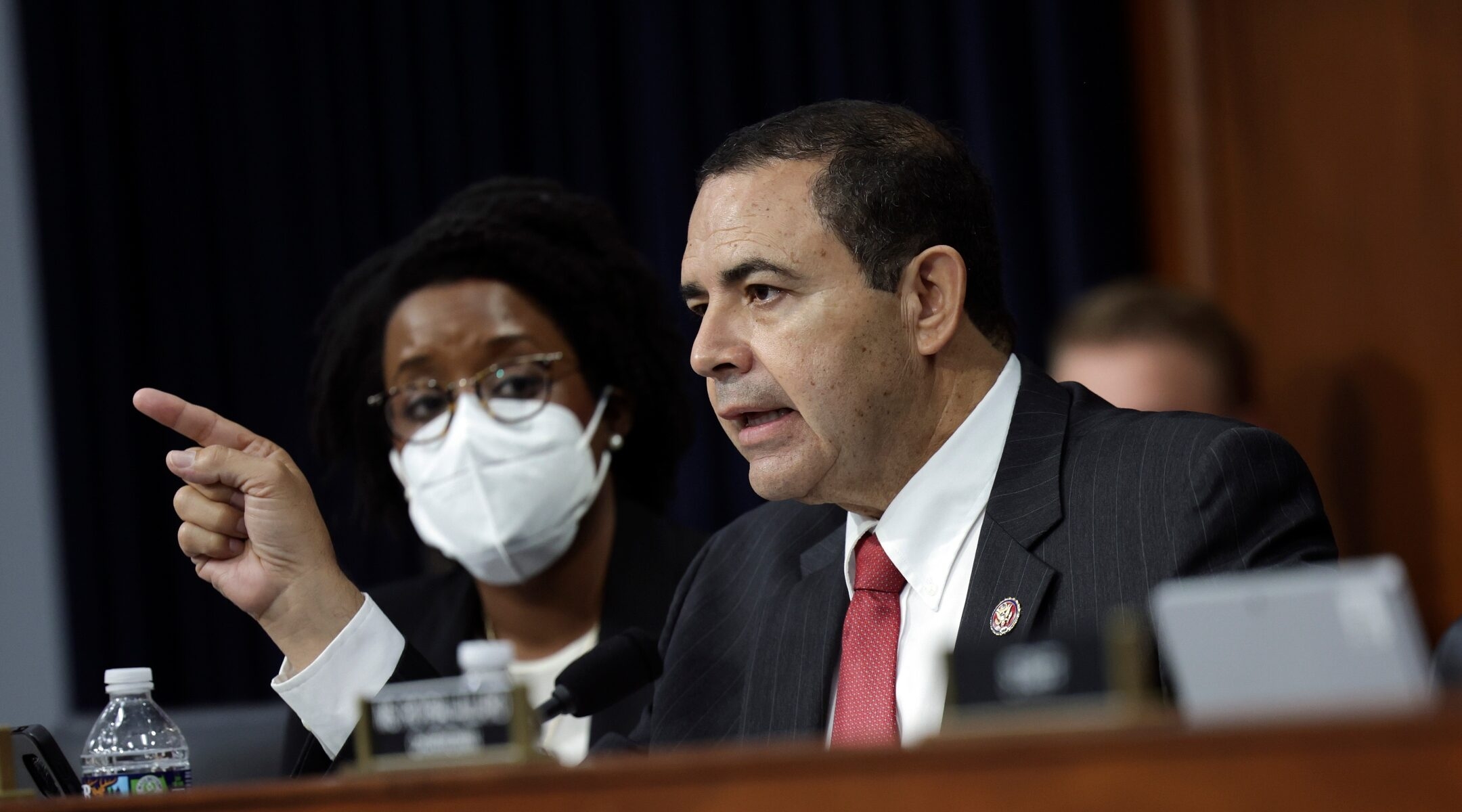 (JTA) — Rep. Henry Cuellar, one of the most conservative Democrats in Congress, declared victory over a progressive in a key Texas Democratic primary that involved nearly $2 million in funds from the AIPAC pro-Israel lobby.

Cuellar’s margin late Tuesday, at 177 votes when all votes were counted, was razor-thin and his opponent, immigration lawyer Jessica Cisneros, was not yet conceding. If Cuellar prevails, it would vindicate for a second time in a week the political action committees affiliated with the pro-Israel powerhouse that have poured millions into elections this year to shore up Israel-sympathetic Democrats.

While Cuellar has aligned closely with AIPAC’s agenda, Cisneros is backed by J Street, the pro-Israel group that is sharply critical of Israeli policies. Alexandria Ocasio-Cortez, the New York Democrat who is stridently critical of Israel, campaigned for Cisneros.

United Democracy Project, a super-PAC affiliated with the American Israel Public Affairs Committee, spent $1.8 million on the race in Texas’s 28th District, which runs from San Antonio to the Mexican border, most of it on negative ads targeting Cisneros. Super PACs may spend unlimited money backing or opposing candidates but are barred from directly working with a campaign.

Valerie Foushee and Don Davis, candidates backed by United Democracy, scored victories over progressive challengers last week in North Carolina, and the candidate its super PAC backed in an open Pittsburgh area district, Steve Irwin, came close to besting a progressive Pittsburgh Democrat, Summer Lee, who started out the favorite. Lee prevailed, but by less than a percentage point. On May 3, Rep. Shontel Brown, another candidate backed by United Democracy, cruised to victory in Ohio over a progressive who was sharply critical of Israel.

Cisneros came close to ousting Cuellar two years ago, and he became a prime target for progressives this time around. He is reviled by the left for his backing of abortion restrictions and border tightening, as well as the support he garners from the gun-rights lobby. The election took place on a day that an 18-year-old gunman launched a deadly attack on a Texas elementary school, killing 21 people, including 19 children.

Cuellar was seen as especially vulnerable because of an FBI investigation into influence-peddling by Azerbaijan. The FBI earlier this year raided Cuellar’s home and office, but Cuellar’s lawyer maintains that he is not a target of the investigation.

Cuellar raised eyebrows around the time of the raid when he emerged as the only Democratic House member at the founding of the Advancement of Torah Values caucus; not a single lawmaker in the caucus is Jewish, and it is also not affiliated with any major Jewish group. A Canadian-Israeli Orthodox rabbi appears to have been the impetus for the group’s founding.

AIPAC, which for decades stayed out of direct involvement in campaigns, launched the super PAC and a conventional political action committee, AIPAC PAC, late last year and soon drew criticism from both sides for the candidates it decided to back. Democrats were upset with the PAC’s backing of dozens of Republicans who refused to certify Joe Biden’s election as president on Jan. 6, 2021, the day of a deadly insurrection at the Capitol spurred by former President Donald Trump’s false claims that he had won the election. Some Republicans were unhappy with the PAC for endorsing Democrats who support the Iran nuclear deal.

AIPAC PAC, the lobby’s conventional PAC, scored two other wins in Democratic primaries in Georgia on Tuesday. Rep. Lucy McBath trounced Rep. Carolyn Bourdeaux in a primary that pitted two incumbents against each other. McBath was backed by AIPAC PAC and Bourdeaux was backed by J Street’s affiliated PAC.

AIPAC PAC-backed Rep. David Scott also cruised to victory. Both also had the backing of the Congressional Black Caucus.

Conventional PACs may contribute up to $10,000 to a campaign, and individuals may route up to the maximum of $2,900 to a campaign through a PAC as a means of signaling to a candidate their priorities.

A Republican incumbent cruising to victory in Georgia was Rep. Marjorie Taylor Greene, whose repeated invocation of the Holocaust to make political points has drawn criticism from Jewish groups. The Republican Jewish Coalition, in a rare move against an incumbent, backed her challenger.

Trump’s once-fabled reputation for backing winners took some hits in Georgia on Tuesday. His endorsee for the Republican Senate nomination, former NFL star Herschel Walker, won and will face Democratic Sen. Raphael Warnock in November. But Trump, furious at the Georgia Republican state officials who certified his loss in the state last November, hoped to oust Gov. Brian Kemp and Secretary of State Brad Raffensperger. Both men handily prevailed over Trump-picked challengers.

In the final days of the campaign, Trump’s pick to challenge Kemp, former Sen. David Perdue, lobbed a tirade at the Democratic nominee for governor, Stacey Abrams, that was seen as racist. Perdue said Abrams had “demeaned her own race” and called on Abrams, who has lived in Georgia since her high school days, to “go back where she came from.”

Perdue was ousted in 2021 by Jon Ossoff, a Jewish Democrat. Ossoff made an issue during that race of a Perdue ad that enlarged Ossoff’s nose. Ossoff said the effect was antisemitic.