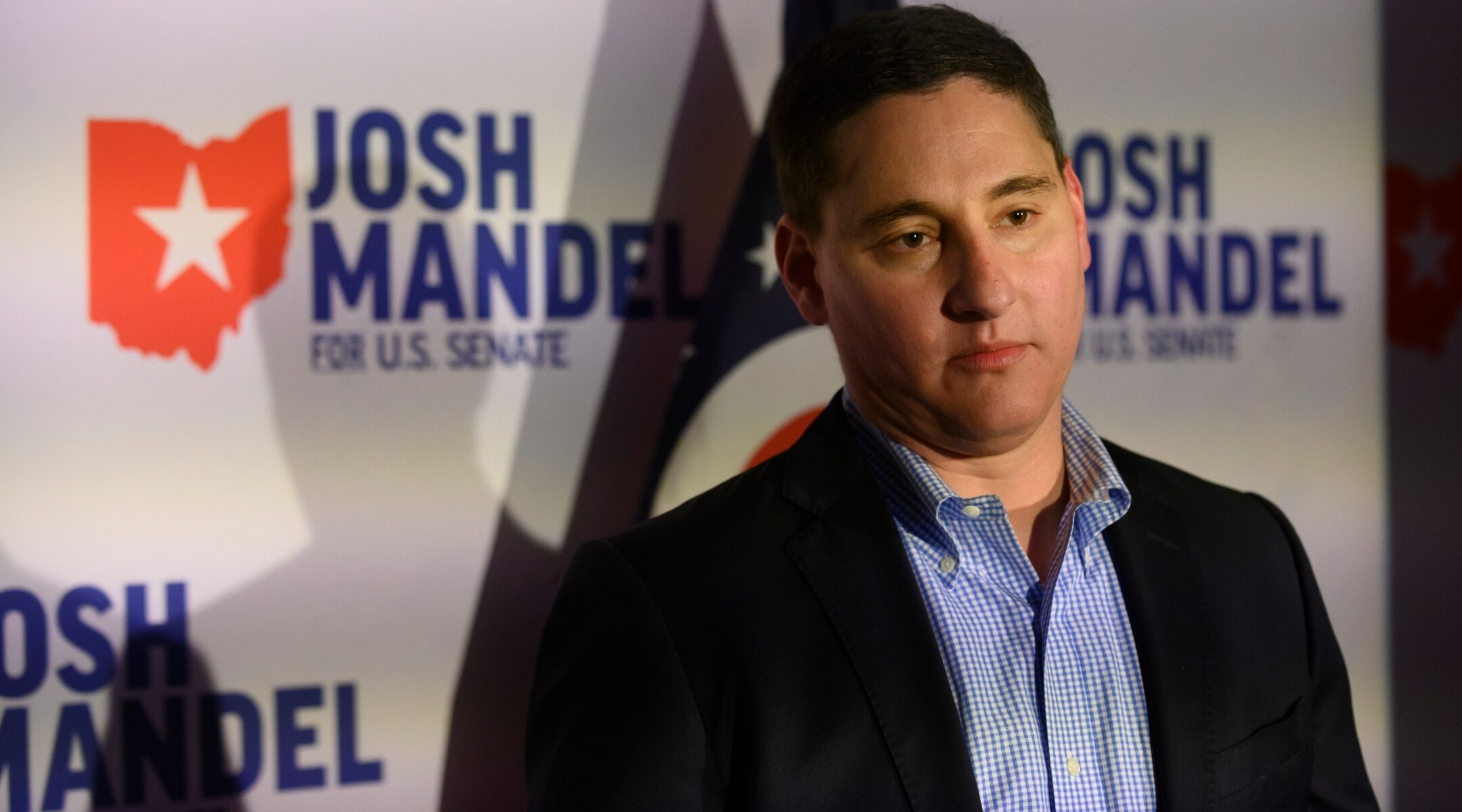 (JTA) — J. D. Vance, the venture capitalist and “Hillbilly Elegy” author, defeated Josh Mandel, the former Ohio treasurer who was active in the Cleveland Jewish community, to be the state’s Republican nominee for U.S. Senator, after a fierce race in which both men tried to outdo one another in their adulation for Donald Trump.

Trump’s decision last month to endorse Vance boosted his prospects in a race that had previously shown Mandel leading in polls, and the victories by Vance and other Trump endorsees in the Tuesday primaries underscored the former president’s sway over the GOP.

Vance pulled 32.2% of the vote in a seven-way race; Mandel came second at 23.9%. Mandel, once a moderate Republican with close ties to the state’s Jewish establishment, puzzled some of his former friends by embracing the former president’s false claims about the 2020 election, along with Christian nationalist rhetoric.

Among the more eyebrow-raising moments of Mandel’s campaign, the candidate had compared President Joe Biden’s vaccine mandates to the gestapo, defended a group of “Christian veterans” who had protested outside a Jewish Democratic politician’s home and referenced slavery and Jewish support for Martin Luther King Jr. unprompted when asked about Israel during a debate with a Black candidate.

Vance now faces Tim Ryan, a moderate Democratic Congressman who made a brief run for president in 2020. Vance has earned endorsements from far-right Republicans like Reps. Matt Gaetz of Florida and Marjorie Taylor Greene of Georgia, both of whom have been shunned by mainstream Jewish Republicans for their associations with antisemitic rhetoric and figures.

In other Ohio primary races, incumbent Democratic Rep. Shontel Brown, who had substantial pro-Israel backing, trounced Bernie Sanders-endorsed progressive Nina Turner, who has tussled with the pro-Israel community, in a rematch of last year’s special election for a Cleveland area district. Brown was leading Turner two-to-one when media called the race.

And Congressional candidate Max Miller, a Republican who is a former aide to Trump and who had his endorsement, won the Republican primary in a district that encompasses suburbs and exurbs of Cleveland. Like Mandel, Miller is a scion of leading Jewish families in the Cleveland area.

Trump encouraged Miller to run in part to oust a Republican incumbent, Anthony Gonzales, who was among ten Republicans who joined the Democratic majority in voting to impeach Trump after he spurred the deadly Jan. 6 2021 riots with his false claims that he won the election. Redistricting had positioned Miller against another incumbent, Bob Gibbs, who was a reliable Trump supporter, but Trump continued to push for Miller, and Gibbs withdrew from the race.