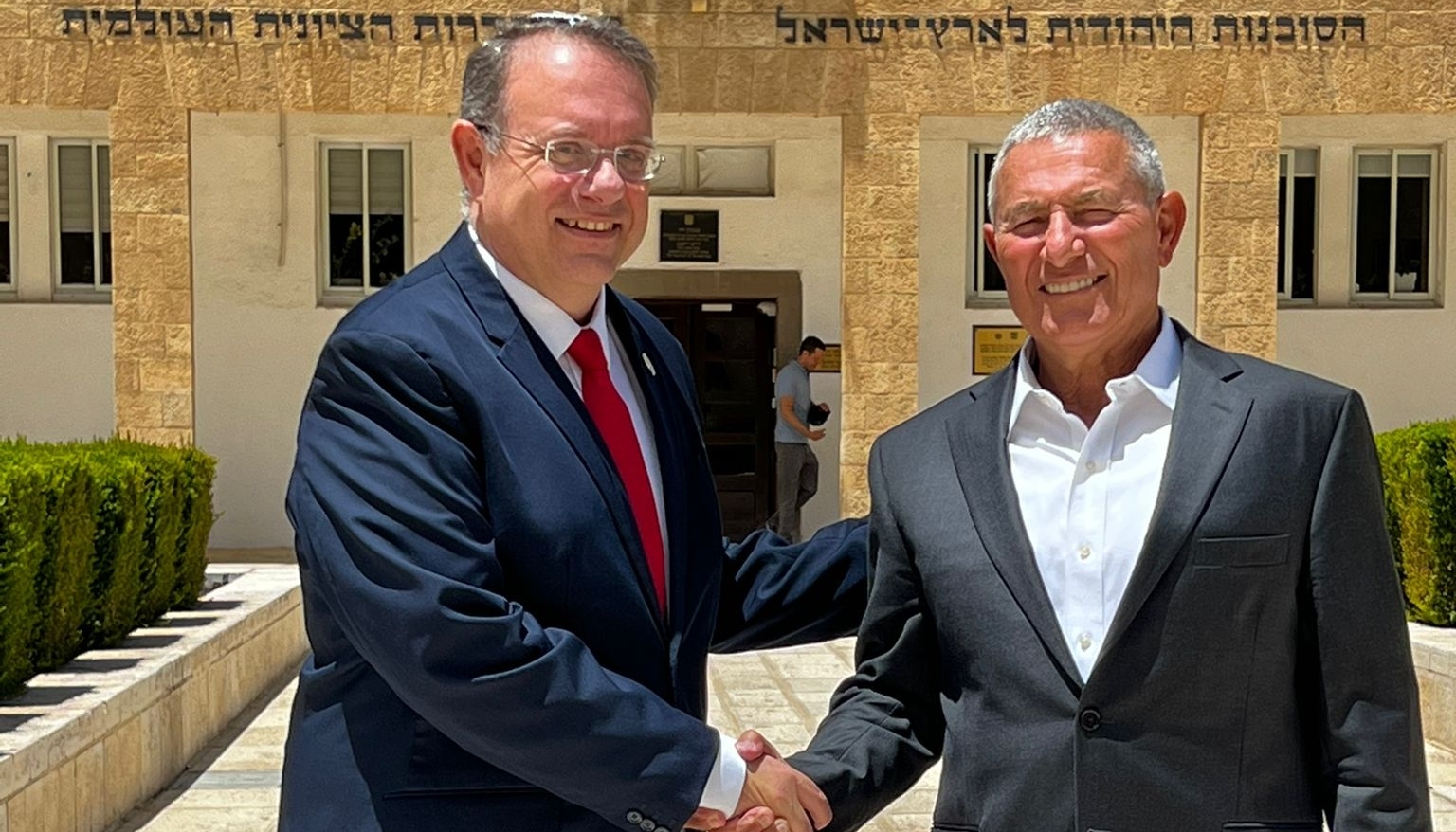 Yaakov Hagoel, left, the acting chairman of the Jewish Agency, congratulates Doron Along, who has been nominated to the job in Jerusalem, June 16, 2022. (Jewish Agency)
Advertisement

(JTA) — The Jewish Agency’s nominating committee recommended Doron Almog, a storied retired general and a longtime advocate for people with disabilities, to lead the body that bridges Israel and the Jewish Diaspora.

The nomination Thursday of Almog, 71, now goes to the Jewish Agency’s Board of Governors, where it is all but assured of approval. The nomination follows an extended period of consideration since May 2021, when the last chairman of the agency, Isaac Herzog, announced his successful run for the Israeli presidency.

The agency has been led in the interim by an acting chairman, Yaakov Hagoel.

Almog has a long career in the military, assisting in the 1976 raid on Entebbe, Uganda to free a plane held hostage by German and Palestinian terrorists. He helped to lead the secret airlift of Ethiopian Jews in the mid-1980s, and led the Southern Command, which had Gaza as a responsibility, during the Second Intifada.

The Jewish Agency, established in 1929, handles numerous aspects of the Israel-Diaspora relationship, including fund-raising for Israel, encouraging and absorbing immigrants in partnership with the Israeli government, and running Jewish education and identity-building programs at home and abroad. Its funding is provided by North American  Jewish federations, together with the federations’ counterparts in other countries and other donors.

The nomination committee reportedly considered more than a dozen candidates, including a number of women and Sephardic Jews — neither group is represented among the chairmen of the agency going back to 1929. Serious consideration reportedly was given to Idan Roll, the deputy foreign minister who is a leader of Israel’s LGBTQ community.