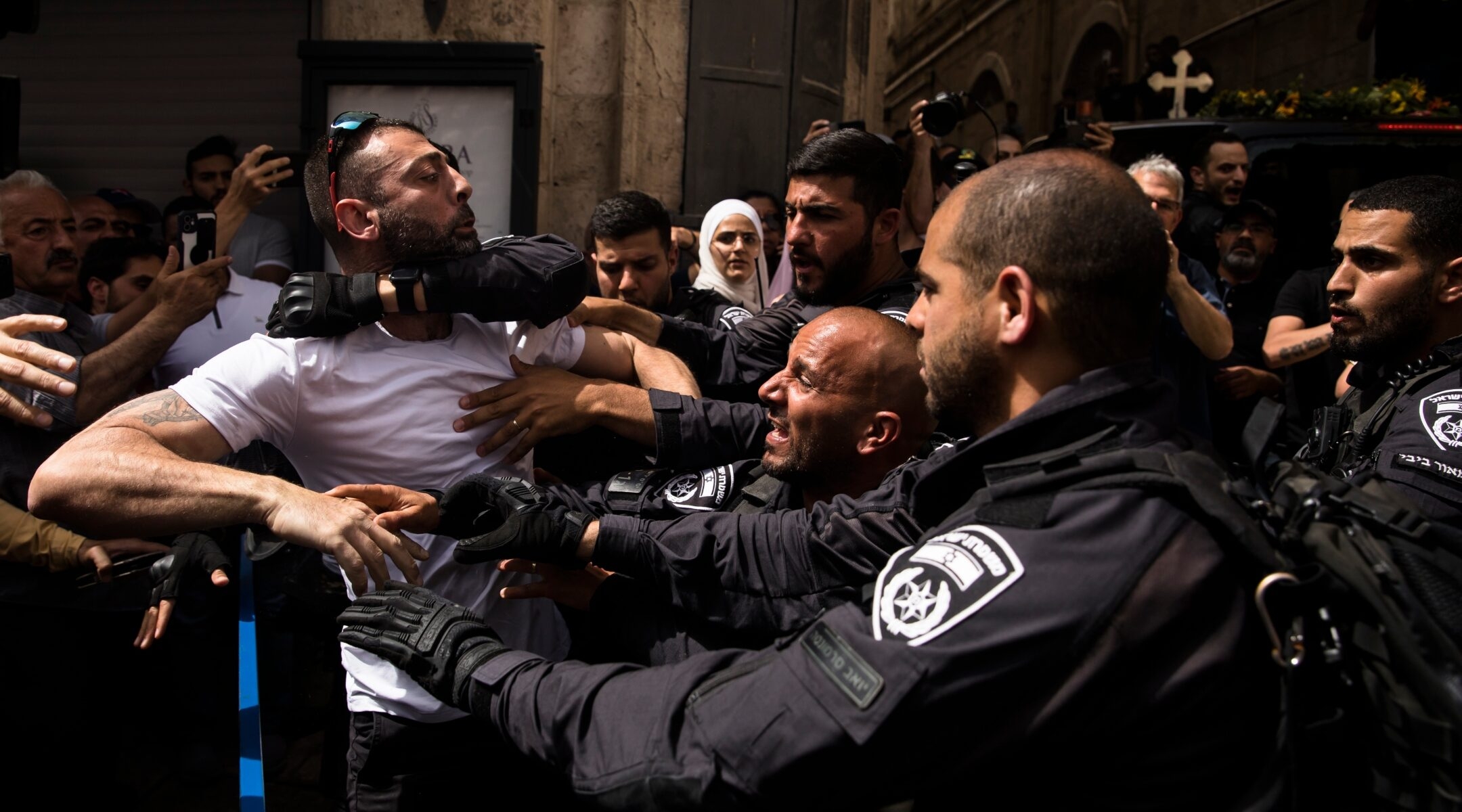 (JTA) — Just under half of all Democratic senators are seeking the “direct involvement” of the United States in the investigation of the death of a Palestinian journalist who was shot over a month ago while covering an Israeli raid on a West Bank refugee camp.

Twenty-four senators signed a letter sent to President Biden Thursday, three weeks prior to his first scheduled state visit to Israel. It is the largest action yet from U.S. lawmakers seeking an independent resolution to the May 11 killing of Al Jazeera journalist Shireen Abu Akleh, who was an American citizen. Multiple media investigations have independently concluded that she was most likely killed by Israeli soldiers, with The New York Times this week joining the Washington Post, the Associated Press and CNN in reaching the conclusion.

“We believe that, as a leader in the effort to protect the freedom of the press and the safety of journalists, and given the fact that Ms. Abu Akleh was an American citizen, the U.S. government has an obligation to ensure that a comprehensive, impartial, and open investigation into her shooting death is conducted — one in which all parties can have full confidence in the ultimate findings,” reads the letter, which was spearheaded by Maryland Sen. Chris Van Hollen.

The letter adds that U.S. intervention is needed because “it is clear that neither of the parties on the ground trust the other to conduct a credible and independent investigation.” The Palestinian Authority has accused the Israeli military of intentionally targeting Abu Akleh, a claim fiercely disputed by Israel; Israel has said it needs the Palestinian Authority to hand over the bullet that killed her in order to complete its investigation.

Jewish senators who signed the letter include progressives Bernie Sanders of Vermont and Brian Schatz of Hawaii. Other notable signatories include Raphael Warnock of Georgia, Tammy Duckworth of Illinois, Amy Klobuchar of Minnesota and Elizabeth Warren of Massachusetts. The letter is also addressed to Jewish Secretary of State Antony Blinken, Jewish Attorney General Merrick Garland and FBI Director Christopher Wray.

The letter follows an earlier bipartisan letter from Jewish Democratic Sen. Jon Ossoff and Republican Sen. Mitt Romney that also urged the U.S. to play a more active role in an Abu Akleh investigation, as well as two letters from the House: one from 57 House Democrats that called for an FBI investigation and another, bipartisan letter that pushed the Palestinian Authority to hand over the bullet.

Haaretz reported that AIPAC, the powerful pro-Israel lobbying group, had distributed talking points intended to squash the latest Senate letter on Abu Akleh. According to AIPAC, the letter “implies both Israeli culpability and inability to conduct an objective, thorough investigation of the incident.”

Abu Akleh’s killing and its aftermath have created an international firestorm and further inflamed already deadly tensions between Israelis and Palestinians. Israeli police almost toppled her coffin when they charged mourners who turned her funeral into a protest, and the delayed official Israeli investigation has upset many outside observers.

Israeli Prime Minister Naftali Bennett, who recently called for new elections after his coalition in the Knesset dissolved and has hinted he will not run again, told The Times this week that he did not know who fired the bullet that killed Abu Akleh. Bennett said, “What I do know is that Israeli soldiers definitely do not shoot intentionally. Never will Israeli soldiers intentionally target reporters.”