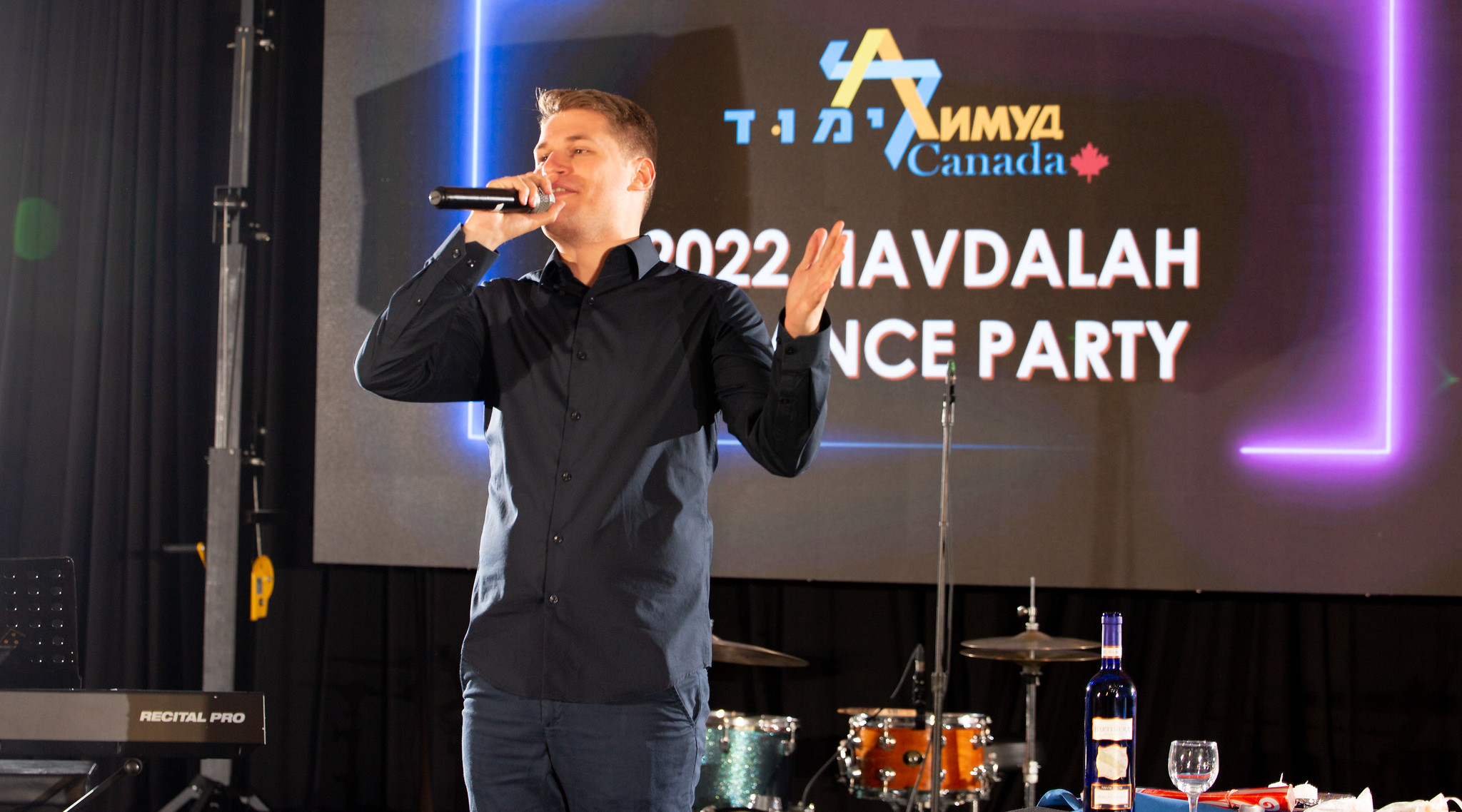 NIAGARA FALLS, Ontario — Jews from the former Soviet Union who now live in Canada — home to the world’s third-largest Diaspora Jewish community after the United States and France — converged on Niagara Falls at the start of summer for Limmud FSU Canada’s first in-person, full-fledged conference since before the pandemic.

The June 24-26 festival, held at a resort near the iconic waterfall, attracted more than 350 participants, including children and teens, from Toronto, Ottawa, Montreal and other Canadian cities. They came to mingle over traditional Jewish food and attend lectures on subjects ranging from the war in Ukraine to Israel’s climate crisis.

Another big draw: concerts by klezmer and keyboard musician Zisl Slepovitch, who sang a soulful rendition of “Sabbath Prayer,” and Toronto stage actress Brittany Miranda belting out the Broadway hit “Don’t Rain on My Parade.”

During the festival, 36 paintings by local Jewish artists were sold in a silent auction to raise money for the Canadian Ukrainian Immigrant Aid Society, which is resettling war refugees.

“We are back in business in Canada,” Limmud FSU founder Chaim Chesler declared as he officially opened the conference at the Americana Conference Resort Spa & Waterpark. “The community of the FSU Jews in Canada, and particularly in Toronto, is very strong. That’s why we came here, especially in difficult times, to show solidarity with this community.”

Some 400,000 Jews live in Canada today. About 60,000 of them immigrated from Russia, Ukraine, Belarus and other former Soviet republics, many of them by way of Israel.

“Limmud FSU Canada is the best thing we can give our children, to help them learn about and celebrate their Jewish identity,” said Sergey Petrenko, president of Limmud FSU Canada.

Recalling his childhood in Odessa, Petrenko said he didn’t even know he was a Jew until his parents broke the news two days before Petrenko, then 17, moved to Israel with his Jewish wife. 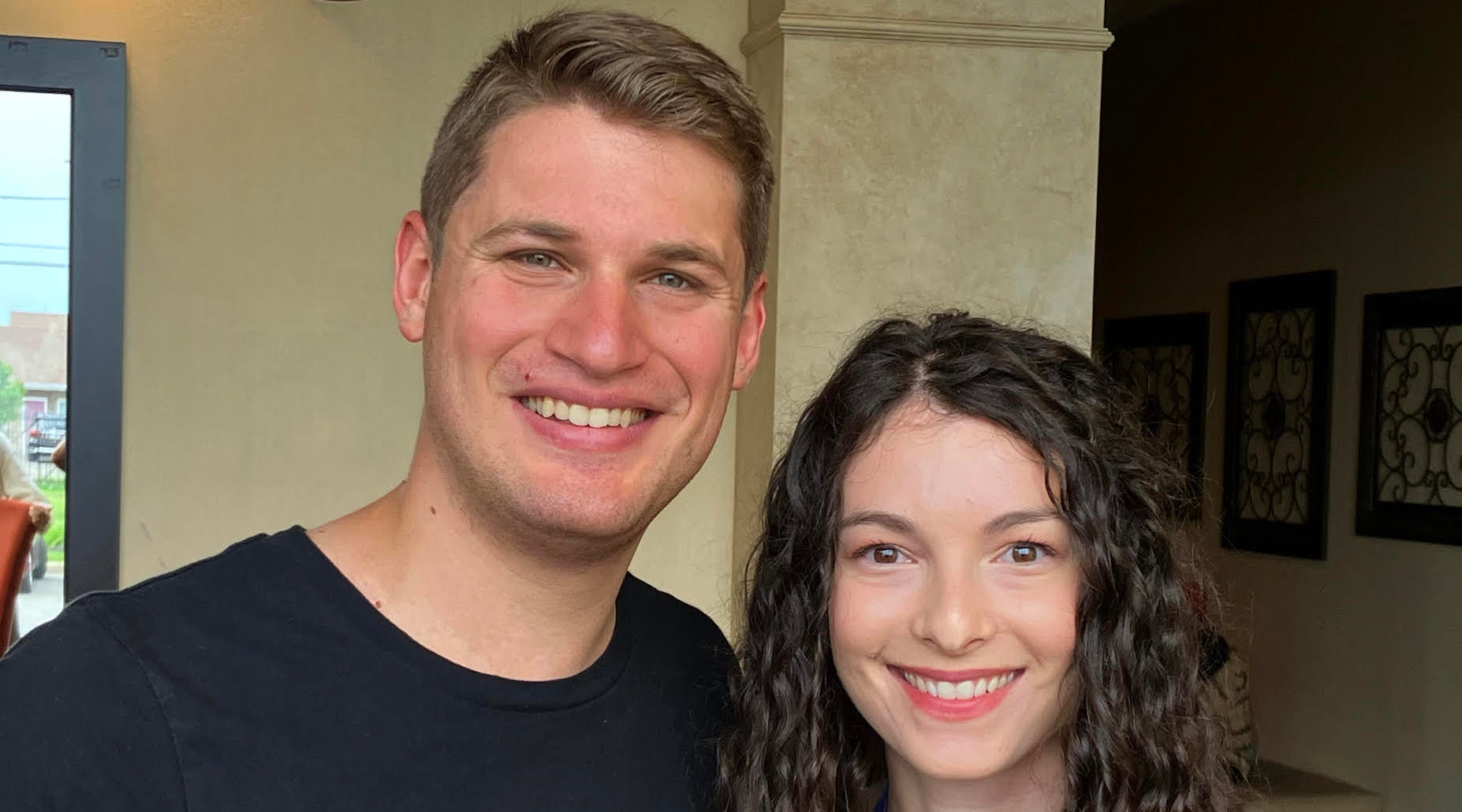 “Fear in the Soviet Union went beyond all reason. I was always sure I was Ukrainian and nothing more,” said Petrenko, who lived in Israel for 17 years before relocating to Toronto. “In Israel, the fear changed: We were scared to lose our newfound identity. And in Canada, we faced a new fear: How do we preserve our Israeli identity and Jewish roots in the diaspora? The answer lies here, in Limmud.”

Petrenko learned about Limmud FSU from his son, Dan, who attended his first Limmud conference in 2015 along with friends from the Jewish summer camp where he’d worked.

“I didn’t know what Limmud was, but I fell in love with the project, and the following year I told my parents that we’d all have to go as a family,” said the 24-year-old theater director and playwright. “I introduced them to the organization and now they’re all involved.”

Limmud FSU in Canada has been led by country director Mila Voihanski since its inception.

Since the first Limmud FSU conference 16 years ago, at least 80 events across the globe have been hosted by 13 volunteer teams with over 75,000 participants. The organization’s leaders are Chairman Matthew Bronfman, President Aaron Frenkel, founder Chaim Chesler and co-founder Sandra Cahn.

Melissa Lantsman, 38, is the first Jewish woman ever to serve as a Conservative Party lawmaker in Canada’s House of Commons. Elected a year ago, she represents the Toronto suburb of Thornhill. About 35% of the 120,000 people in Lantsman’s district are Jews, and a quarter of those are from families from the FSU.

“As a longtime supporter of Limmud, I find that you can’t represent the community’s interests if you don’t know where you came from,” said the Canadian-born Lantsman, whose parents left Odessa in 1972. “Conferences like this bring me back to where it all started.”

Lantsman says she’s worried about a rise in violence against Canadian Jews; last year, reported incidents surged 700%, from nine in 2020 to 75 in 2021. Leading the way was Quebec, though anti-Jewish abuse also rose dramatically in British Columbia and Alberta.

“It’s hard to be a Jew in Canada, and it’s getting harder,” Lantsman told JTA. “Our universities have become institutions where Jewish students are fearful of being on campus. It’s all happening under the guise of anti-Zionism, in which pro-Palestinians are coming into Jewish neighborhoods and intimidating Jews. We’ve never seen that before.”

This is particularly dangerous because “these antisemites hide behind so-called justifications of freedom of speech,” warned Ronen Hoffman, Israel’s ambassador to Canada.

Hoffman, who arrived in Ottawa one year ago, said one of his embassy’s top priorities is cementing Israel’s already strong relations with Canadian Jews. Limmud FSU is unique, he said, in that it’s a community-oriented educational program that doesn’t exclude people who don’t hold high positions.

“The beauty of Limmud is that it allows direct people-to-people connections,” Hoffman said.

“One reason we weathered the financial crisis in 2008 was the boost of aliyah from Russia,” said Dekel, who recently visited the Polish-Ukrainian border to witness the agency’s relief efforts.

The Niagara Falls conference also paid homage to philanthropist Julia Koschitzky, a pillar of Toronto’s Jewish community who died in March at age 78. Among other accomplishments, the longtime Limmud FSU supporter helped raise $100 million from Canadian donors alone to help fly hundreds of thousands of ex-Soviet Jews to new lives in Israel. 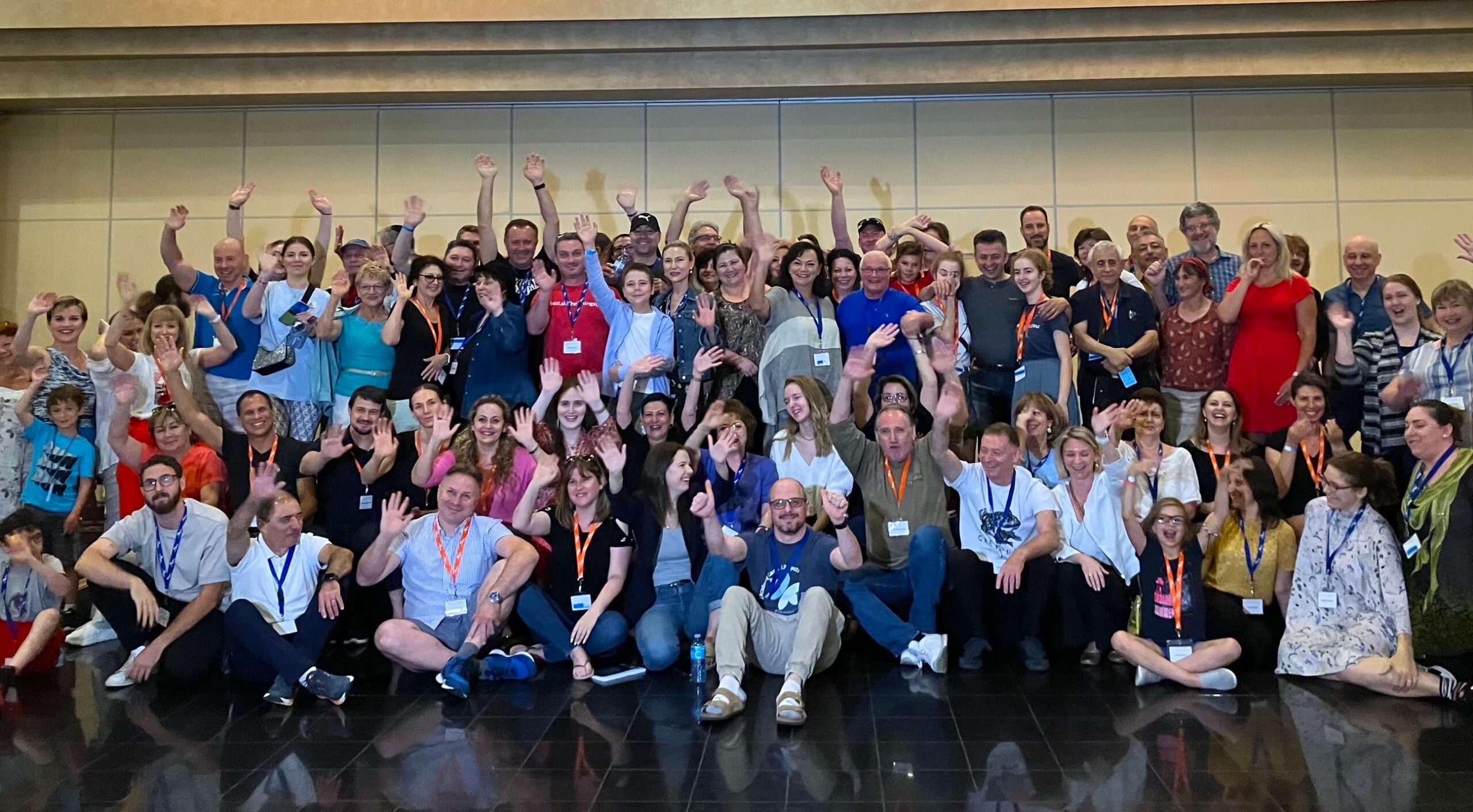 Alex Katz, 48, who has lived in Canada since 1991, told his own story of return to Judaism, crediting Limmud for the right approach for Jews like him.

“Like most Jews from the former Soviet Union, I was very secular and very unaffiliated,” Katz said. “But I was lucky. I met people who introduced me to Judaism, and over time I’ve learned more about my roots and have become more and more traditional and then observant.”

Now Orthodox and an accountant, he lives with his wife, Natasha, and their three children in Thornhill.

Merilin Kernitzman, 26, was born in the Israeli city of Beersheba; both her parents came from Ukraine. The youngest of 20 volunteers on Limmud FSU Canada’s organizing committee, Kernitzman — a business graduate of Toronto’s York University — was in charge of accommodations, logistics and the adult program for this year’s conference.

The FSU Jewish community “has given so much to me,” Kernitzman said, “and this is my opportunity to give back and make sure it continues to grow and thrive.”