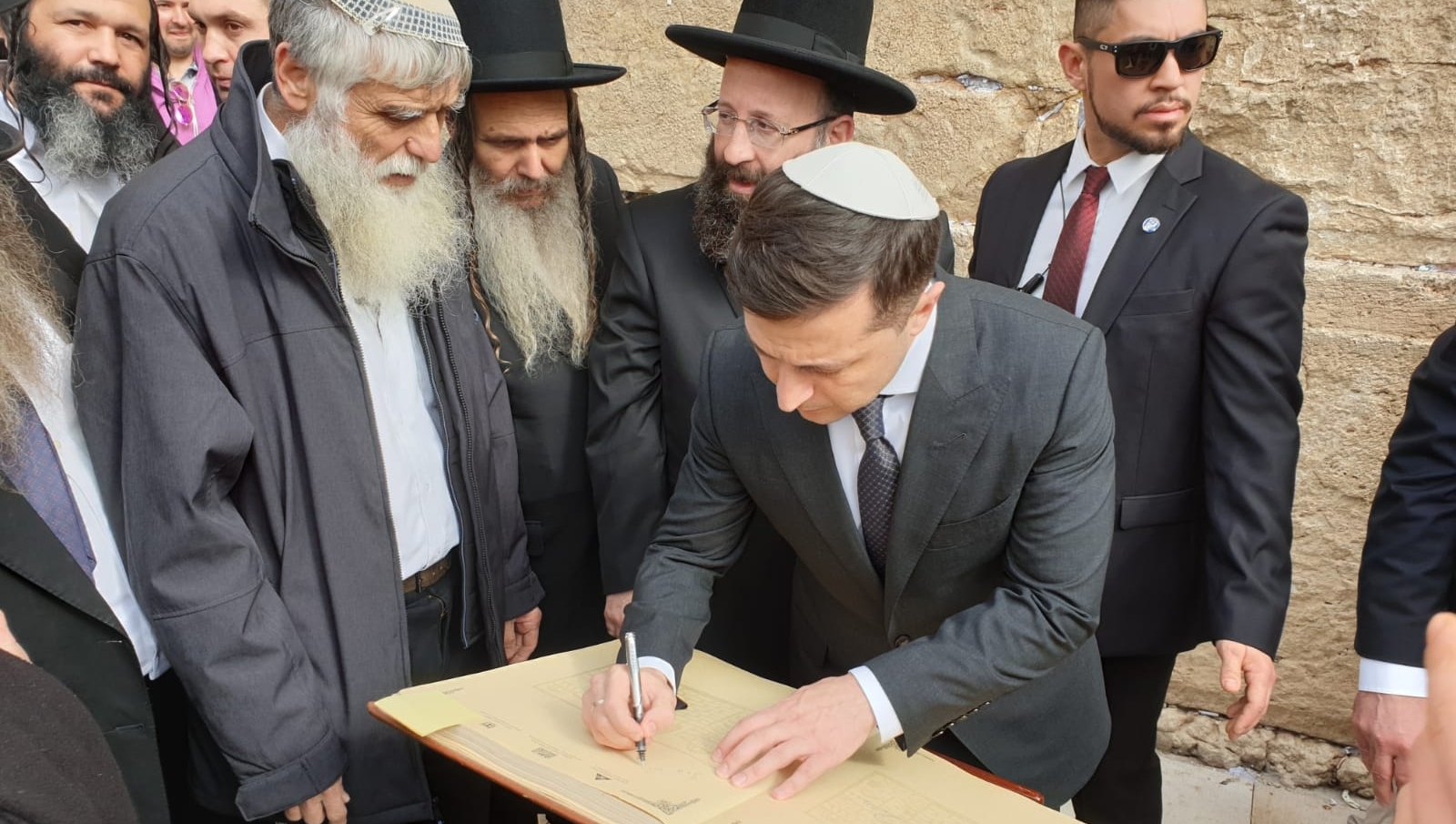 A U.S. State Department dossier on Russian disinformation will feature this photo of Ukraine President Volodymyr Zelensky at the Western Wall in Jerusalem, Jan. 23, 2020. (Office of the Ukraine President)
Advertisement

WASHINGTON (JTA) — In hard-hitting language, the Biden administration accused the Russian government of antisemitism and of exploiting Jewish suffering through its claims that its war against Ukraine is a “denazification” operation.

“To serve its predatory ends, the Kremlin is exploiting the suffering and sacrifice of all those who lived through World War II and survived the Holocaust,” the State Department says in a dossier scheduled to appear on its website Monday morning. “In the process, the Kremlin is detracting from critically important global efforts to combat antisemitism and is instead propagating one of antisemitism’s most insidious forms, Holocaust distortion.”

The dossier, obtained in advance by the Jewish Telegraphic Agency, will appear on a dedicated page, “Disarming Disinformation,” devoted to exposing Russian disinformation in its war against Ukraine.

It is timed ahead of an informal session Monday afternoon of the United Nations Security Council that Russia called to bolster its denazification claim. Tass, the Russian news agency, on Friday quoted Dmitry Polyansky, the deputy Russian envoy to the United Nations, as saying the session will “be our response to Western colleagues, who express doubts about one of the main goals of our special military operation in Ukraine, namely de-Nazification, and claim that we are exaggerating the problem.”

The three-page document emphasizes that the Ukrainian president, Volodymyr Zelensky, is Jewish and lost family to the Holocaust. It includes a photo of Zelensky in a kippah, surrounded by Orthodox Jews, at the Western Wall in Jerusalem during a 2020 visit.

“The Kremlin falsely claims the worst Nazis were actually Jews, and seeks to downplay the role of antisemitism in Nazi ideology,” the dossier says.

The document refers to Russian Foreign Minister Sergey Lavrov’s widely discredited claim from May that Jews contend that “the biggest antisemites are Jewish themselves.” It quotes Israeli officials condemning Lavrov’s statement.

The document concludes by saying that Russia is damaging the fight against antisemitism. “With antisemitism on the rise around the world, it is imperative for all to call out this particularly pernicious kind of Russian disinformation,” it says.