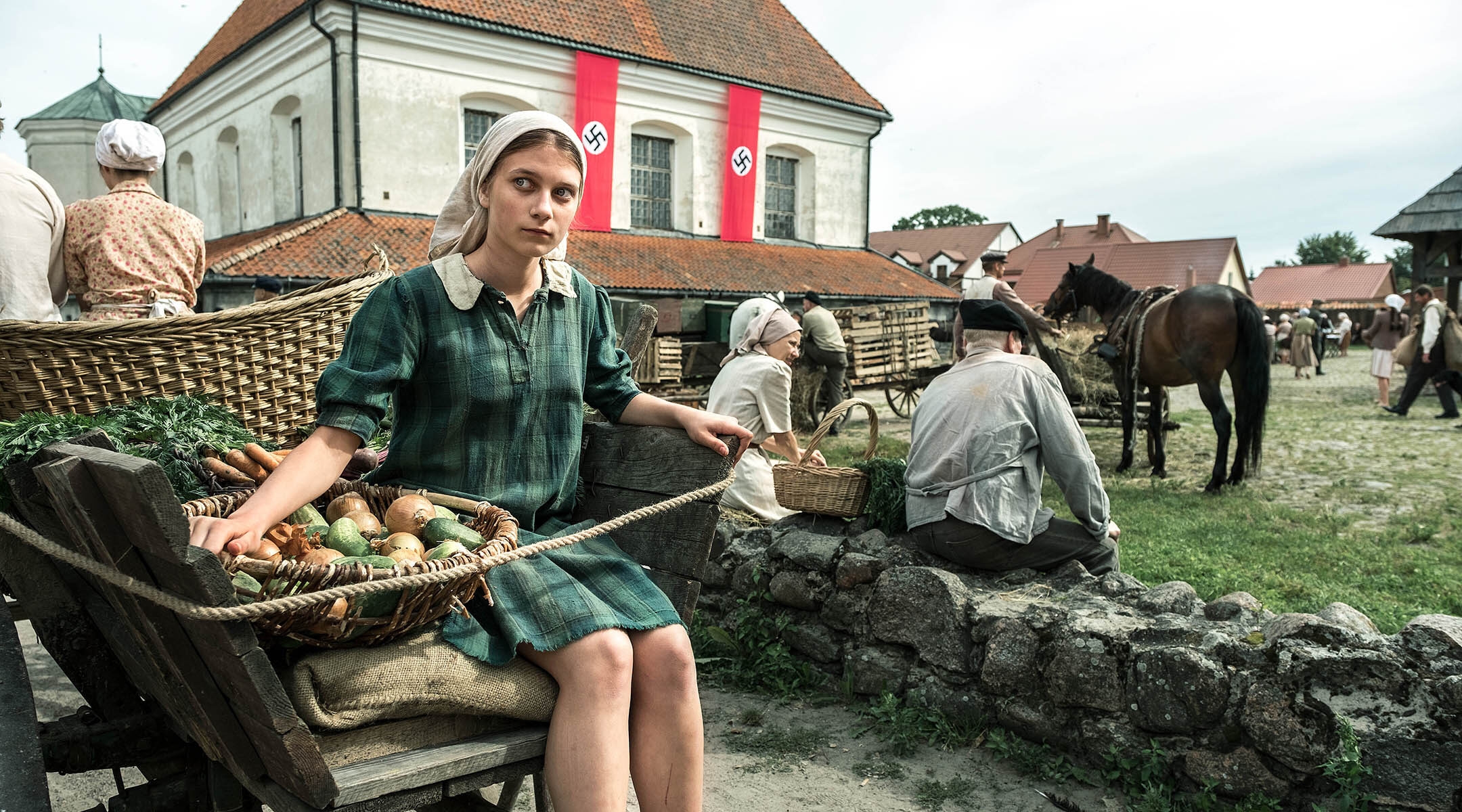 (JTA) – Sara Góralnik Shapiro survived the Holocaust by disguising herself as a Christian and working for a family of Ukrainian farmers. She then went on to live a long and prosperous life as a member of Detroit’s Jewish community.

Her story is incredible on its own merits, and it’s hardly surprising that someone might one day want to make a film about it. “My Name Is Sara,” the latest dramatic production by the USC Shoah Foundation, is now seeing a nationwide rollout three years after it was made.

The foundation has recently broadened its mandate from backing documentary works about the Holocaust to dramatizations, including the recent HBO film “The Survivor.” “My Name is Sara” follows the young Sara (first-time Polish actor Zuzanna Surowy) as she and her brother, Moishe, flee the Nazis in 1942, the rest of their family having already been slaughtered. At Moishe’s suggestion, the two split up and Sara, under a fake name, throws herself at the mercy of a farming couple. She wards off their immediate suspicions that she is a Jew by successfully performing the sign of the cross; later, for her first meal under their roof, she enthusiastically eats a plate of pork.

Her ruse an early success, Sara and her story quickly fade into the background as the domestic drama of the farmers (played by Michalina Olszanska and Eryk Lubos) takes center stage. In addition to marital problems, they’re also struggling to make ends meet as they are harassed and intimidated by both Soviet “liberators” and violent Jewish partisans, with Nazis also glimpsed from time to time. It’s a thread of potential interest to budding historians curious about how Eastern Europe’s non-Jewish working class fared under World War II’s occupying forces, but less relevant when it comes to understanding Jewish survival.

Director Steven Oritt, a documentarian making his dramatic-feature debut, and screenwriter David Himmelstein, whose previous credits include Sidney Lumet’s “Power,” sprinkle in moments in which Sara’s true identity threatens to be exposed. At one point, she’s overheard reciting the Shema prayer to herself in a nightmare; at another, the family pushes her to dress up as a “Jew” for their holiday party, and she dons an antisemitic hook-nosed mask and payot (sidelocks worn by many Orthodox men) as the others dance and sing around her. Surowy reacts to these moments with a sort of wide-eyed blankness, a baseline level of existential terror that never truly fades.

Hundreds of Holocaust movies have already been made, and many of them have gone deeper in exploring the inner lives of their characters than “My Name is Sara” does. The new film shows the character struggling with the external pressures of hiding her identity, but does little to unpack what it must have been like for her to obscure her Judaism for an extended period of time as a way of surviving the genocide of the Jewish people.

One scene hints at what such an exploration could have looked like, as Sara encounters another lost Jewish girl and teaches her how to recite the Hail Mary, a central Catholic prayer, as a way of evading detection. By the end of the film, Sara has reclaimed both her name and Judaism — hers being one of the very few Holocaust stories with a happy ending.

“My Name Is Sara” is now playing at New York’s Quad Cinema and opens later this summer in LA, San Francisco, Miami, Detroit and Cincinnati.