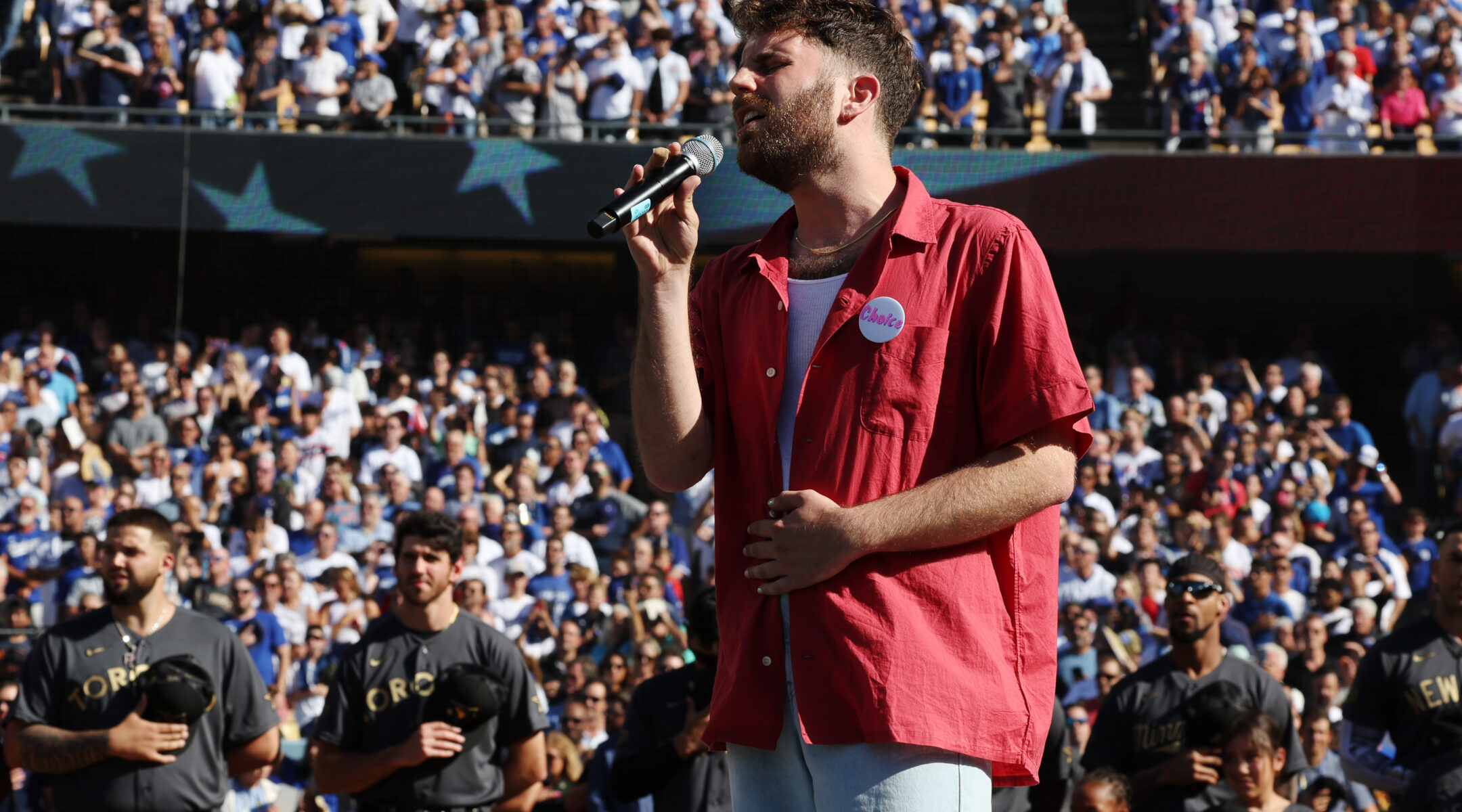 Platt was born and raised in Los Angeles before moving to New York and striking it big on Broadway, where his breakout role, reprised last year on screen, was in “Dear Evan Hansen.”

Platt donned a “Choice” pin for the performance, in a statement about the Supreme Court’s recent decision to overturn Roe v. Wade, which guaranteed abortion rights to Americans.

It was not the first time Platt has sung the national anthem at a baseball game. On July 4, 2015, just before “Dear Evan Hansen” premiered in Washington, D.C., he performed at Nationals Park wearing a T-shirt advertising the play. It moved to Broadway the following year.

Platt’s appearance at the All-Star game comes amid a packed scheduled of roles with Jewish resonance. Coming up, Platt will star in the musical comedy movie “Theater Camp,” which is filming at a Jewish summer camp that closed in 2019, and in a revival of the Broadway musical “Parade,” about the 1915 lynching of a Southern Jew.

Before Platt, the most recent Jewish singer to perform the anthem at the All-Star game, a competition between top players from baseball’s two leagues, was Rachel Platten in 2016. Platten’s “Fight Song” became the theme to Hillary Clinton’s unsuccessful presidential bid just a few weeks later. Idina Menzel, another Jewish Broadway star, performed in 2014.

Platt, who attended Jewish summer camps and has performed Jewish classics with his brothers, was not the only prominent Jew to take the field Tuesday night. Max Fried of the Atlanta Braves and Joc Pederson of the San Francisco Giants were both named to the All-Star roster. Meanwhile, Sandy Koufax, a Jewish baseball legend in part because of his refusal to play in a World Series game on Yom Kippur, was honored last month at Dodger Stadium with a statue.