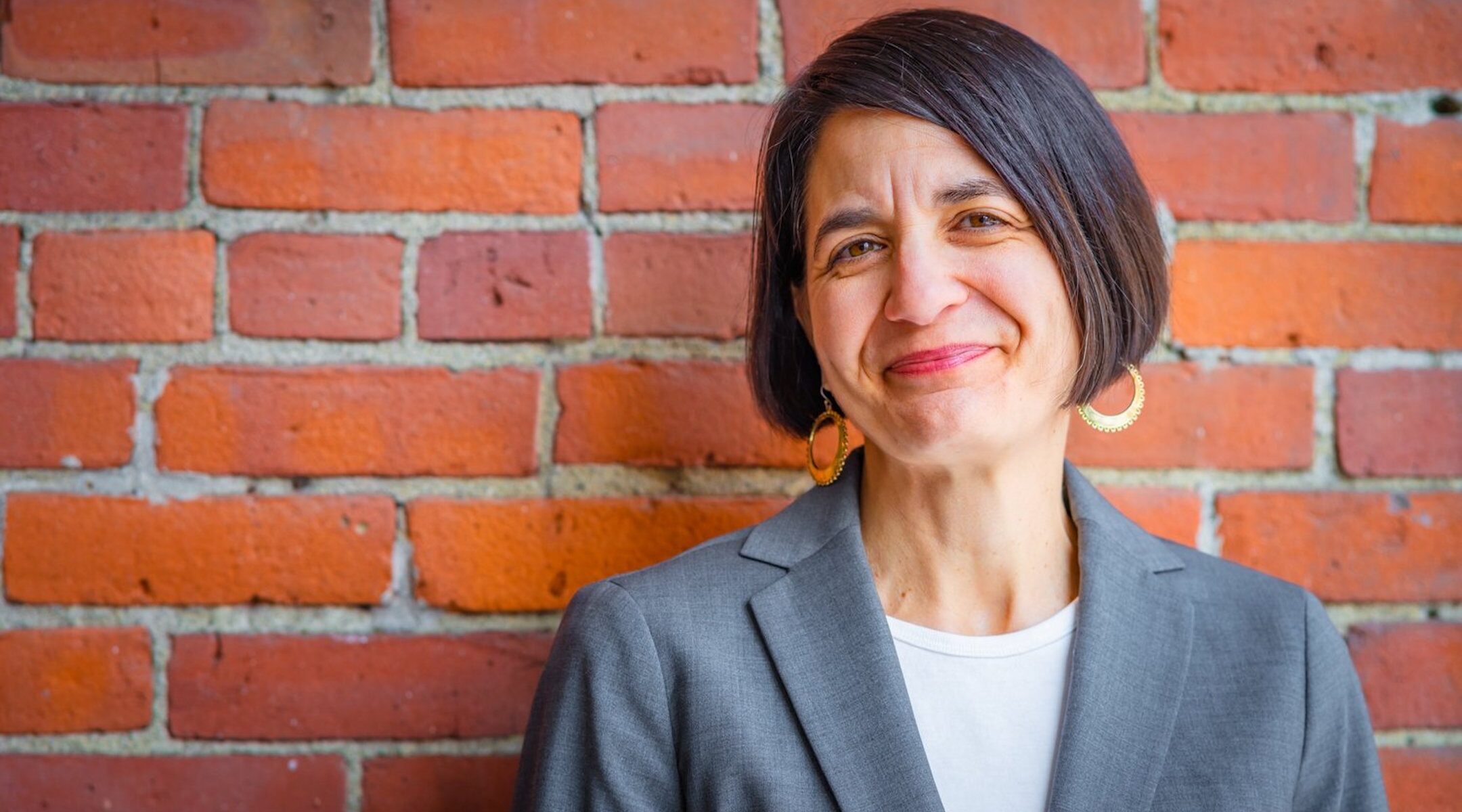 Becca Balint's win in the Democratic primary in Vermont in August 2022 means it is likely she will win the state's sole seat in the House of Representatives in November. (Balint campaign)
Advertisement

(JTA) — A state senator who says the story of her grandfather’s murder during the Holocaust galvanizes her will be the Democratic candidate for Vermont’s single seat in the U.S. House of Representatives.

Becca Balint, who has been a state senator since 2015, won Vermont’s Democratic primary on Tuesday, easily fending off her main competitor, Molly Gray, the state’s lieutenant governor. With Vermont a reliably blue state, Balint is all but certain to become the state’s first woman representative in Congress.

Balint was endorsed by Vermont’s progressive Jewish senator, Bernie Sanders, as well as by a host of progressives from across her state and the country.

Balint has long said that her family history inspires her political activism. Balint’s Jewish grandfather was murdered by the Nazis during a forced march from the Mauthausen concentration camp; her father survived and moved to the United States in 1957.

“My grandfather was murdered in the Holocaust,” Balint said in a campaign video. “My whole life I’ve known that beating the forces set on dividing us takes showing up every chance you get.”

On April 22, 1945, my paternal grandfather, Leopold Bálint, (Leo to his friends and family) was killed on a forced march from Mauthausen Concentration Camp just two weeks away from the camp’s liberation. My grandfather Leo stopped to assist another ailing prisoner. He knew, as they all did, that stopping along the march meant certain death, but like so many others — before and after him — his humanity and empathy overpowered his fear. Leo wrapped this man’s arm about his shoulder, put his own around the weary man’s waist, and dragged him along for a short distance. His already low reserves were soon spent, and they fell dangerously behind the group. As eyewitnesses informed my grandmother afterwards, both Leo and his comrade were summarily shot and their bodies heaved into the chilly waters of the Danube.

I know Leopold only from the family stories I have heard. But my grandfather’s murder has colored all of our lives.

In the sermon, she described how trauma from the Holocaust shaped her family today. On Father’s Day in 2021, she posted a picture of her father to Facebook, writing, “As the son of a man killed in the Holocaust, my dad knows firsthand the dangers of an authoritarian state. Of all the things I learned and inherited from my dad, his deep love of democracy is what I’m most grateful for in this moment.”

Balint, a native of upstate New York and a graduate of Smith College, is the first out LGBT+ person to serve as speaker of Vermont’s senate. She met her wife working at a summer camp and entered politics after a stint as a stay-at-home-mother to their two children, Abraham and Sadie.

According to a 2018 article in Seven Days Vermont, Balint made sure to get home to Brattleboro from the state capital in Montpelier, two hours away by car, in time to bake bread for Shabbat every week.

Jewish candidates prevailed in other notable races in Vermont, where only an estimated 1% of residents are Jewish, according to a 2019 population analysis. Brenda Siegel will be the Democratic candidate for governor, vying against incumbent Republican Gov. Phil Scott. Siegel, who ran unopposed, had a grandmother who fled the Nazi regime and a great uncle who was on the legal team representing Julius and Ethel Rosenberg, according to her website. (Vermont has had two Jewish governors, including one, Madeleine Kunin, who herself fled the Nazis with her family.)

Meanwhile, David Zuckerman, a Jewish farmer, will be the Democratic Party’s candidate for lieutenant governor, a position he held from 2017 to 2021.