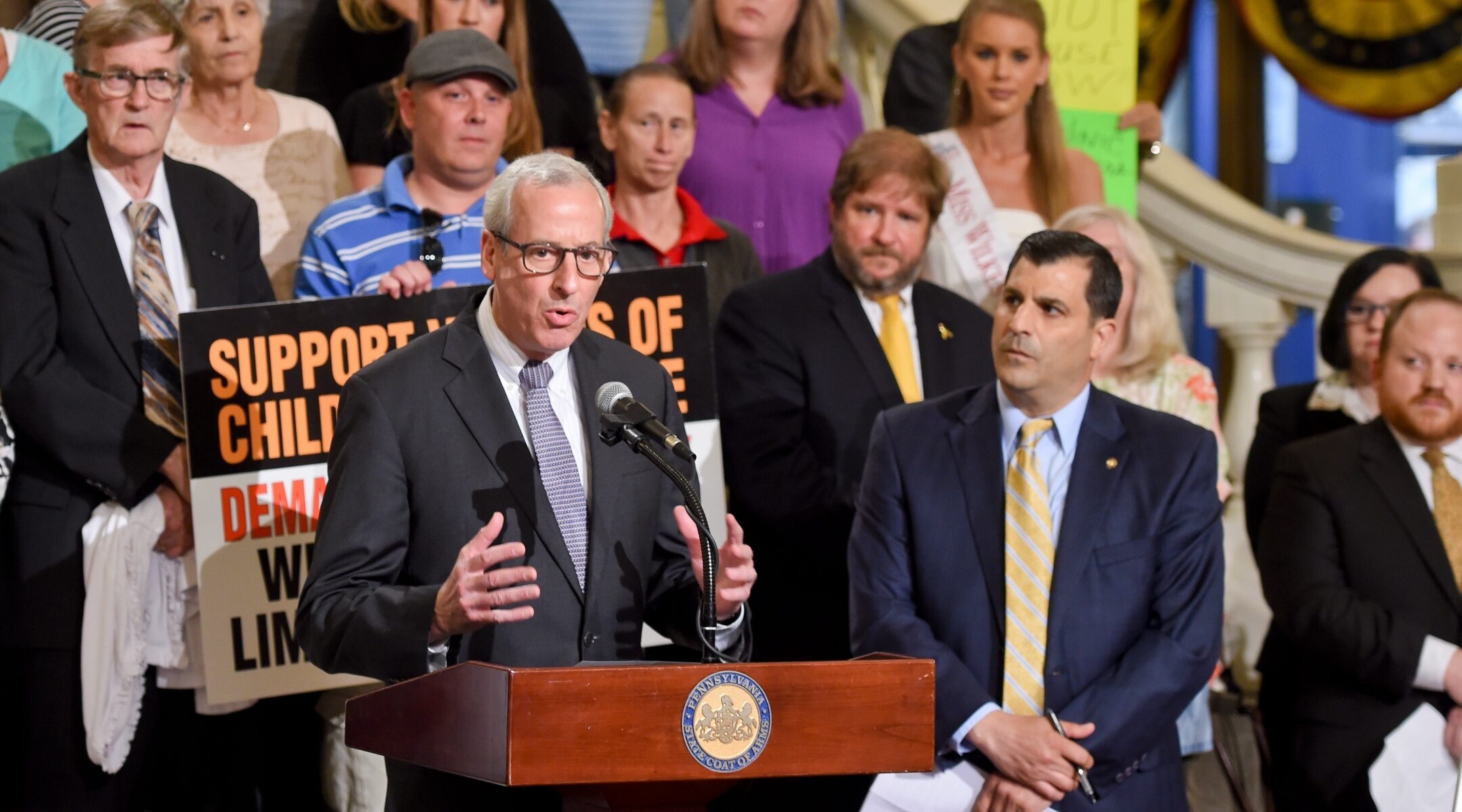 Frankel had condemned the “white nationalist vision that unifies Gab users”; when one Gab user posted his comments, a user replied: “It’s coming kike. Hold on to your yamulke.”

Another user replied: “He knows what happens to people like him once it happens.”

Gab gained national attention in 2018 when it was discovered that the man accused of murdering 11 Jews in the Tree of Life synagogue complex in Pittsburgh’s Squirrel Hill neighborhood was a regular user of Gab and had posted neo-Nazi propaganda and screeds on the site against HIAS, the Jewish refugee support group. He often called for violence against Jews.

Frankel, a Democrat whose district includes Squirrel Hill, called Gab “very dark” but said “there’s very little that can be done to shut them down other than to call them out and identify them and to hold people accountable who participate.”

Frankel criticized Mastriano and his relationship with Gab founder Andrew Torba in a July 21 press conference in which he called Gab a “festering cesspool of intolerance.” The press conference was in response to the news that Mastriano paid Gab $5,000 in “consulting fees,” apparently leading all new accounts on the platform to automatically follow him.

Mastriano’s page was littered with scores of antisemitic comments left by people following him on Gab, many of them targeting his Jewish opponent, Josh Shapiro. After criticism from both Democrats and Republicans, Mastriano released a statement saying, “I reject anti-Semitism in any form,” and closed his Gab account. He has not specifically condemned the antisemitic comments on his page or Torba.

Frankel said he wasn’t surprised by the posts. “I feel an obligation to make as much noise as I can,” he said. “Other politicians are giving a wink and nod to this stuff. That’s not acceptable.”

Frankel said he is concerned for his safety and that of his staff. He has taken steps to enhance security.

Shawn Brokos, the director of community security for the Jewish Federation of Greater Pittsburgh, said it’s important that law enforcement be made aware of social media posts like these so they can do a threat assessment.

“It’s something that we absolutely have to take seriously and as in many instances we’ve seen, especially through Gab, there is an implicit or direct threat against the Jewish community,” Brokos said.

For Frankel, the threat isn’t simply against him and his staff.

“I represent an area with very identifiable communities,” he said. “There’s a huge Jewish community that’s a target. We have a very identifiable Asian Pacific community that has been targeted. Both communities have seen an increase in harassment that have persisted well beyond the Tree of Life shooting three and a half years ago. We need to make sure people are aware of this and prepared.”

This story was adapted from one first published in the Pittsburgh Jewish Chronicle and is reprinted with permission.