How the 1972 Munich Massacre unfolded, through the eyes of athletes in the Olympic village 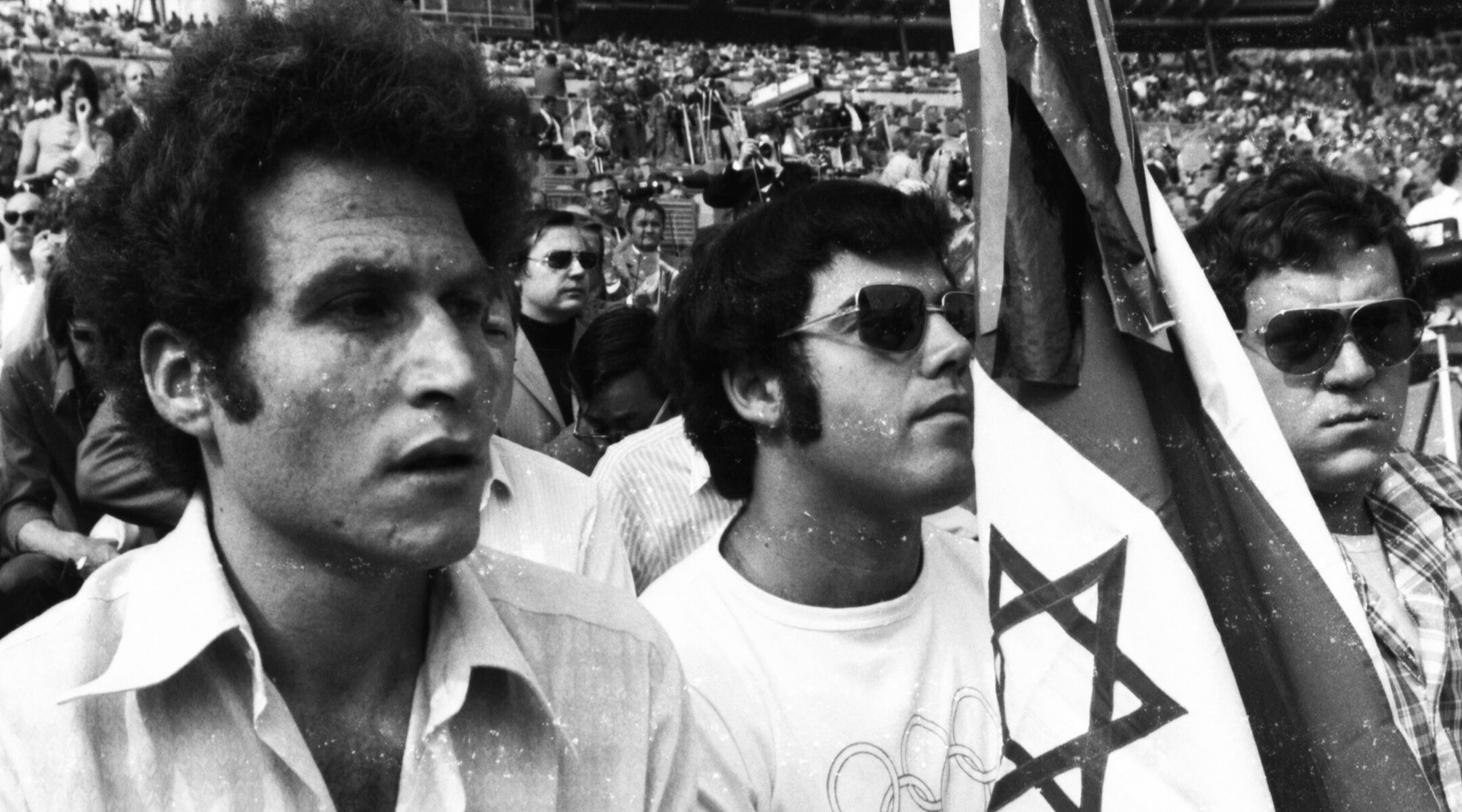 (JTA) — Bobby Jones headed to bed on Sept. 4, 1972, expecting a grueling practice schedule the next day. After a standout sophomore season at the University of North Carolina, the future NBA Hall of Famer was in Munich as a member of the U.S. men’s Olympic basketball team, which had just advanced to the medal round.

Jones didn’t get the night of sleep he was expecting.

“We heard gunfire at night and the village had turned into an armed camp by morning,” Jones told the Jewish Telegraphic Agency.

A little after 4 in the morning on Sept. 5, eight members of the Black September Palestinian terrorist group hopped a fence into the Olympic village and within minutes broke into the hotel rooms where some of the Israeli team’s players and coaches were sleeping. They killed wrestling coach Moshe Weinberg and wrestler Yousef Romano, who attempted to resist, then wounded some of the others before keeping them under armed guard.

Monday marks the 50th anniversary of what has come to be known as the Munich Massacre, after the 11 Israeli coaches and athletes taken hostage were all killed after a botched hostage rescue attempt by West German police later that night. The German government is holding a commemoration ceremony in Munich on Monday, days after reaching a 28 million euro compensation agreement with family members of the victims and releasing a statement acknowledging the failures of “the German state” during the infamous day.

For years, the victims’ family members — along with the Israeli government — had alleged that Germany failed to protect the Israeli athletes and sought to cover up the police failings that transpired throughout the course of the day. Lax security measures allowed for the terrorists to easily access the Olympic village apartments, and numerous reports show that miscommunication and the use of inexperienced police officers led to the chaos that marked the end of the crisis on an airplane tarmac. A 2012 report claimed that Germany was also tipped off about a possible terrorism incident weeks before the Games.

Germany’s announcement shows that it has upped its compensation figure to 28 million from around 10 million after recent negotiations with a group of the victims’ family members.

On the fateful day, confusion reigned for the non-Israeli athletes on the ground. Word gradually got out about a situation unfolding throughout the morning, but few in the Olympic village knew the specifics. Jones explained that the village was “three long buildings of apartments” and that the basketball team could watch the situation from afar in the middle building.

Teammate Mike Bantom, a Philadelphia native who would go on to have a nine-year NBA career, connected the shooting to being back home.

“I remember standing on the terrace and looking across the courtyard seeing a couple guys with guns,” he recalled, “I put it in context that someone got shot in a dispute. I didn’t know it was that type of incident.”

Jim Becker did. The journalist who had covered Jackie Robinson’s first game along with three wars — Korea, Vietnam and the Yom Kippur War — was awakened early by his Associated Press colleague Charlie Erb.

“Charlie got me out of bed at 5:00 a.m. and told me Arab terrorists had seized rooms of the Israeli Olympic team,” said the 96-year-old Becker, who now lives in Honolulu. “I could see out the window of the AP building, which was 200 yards away from the Olympic village, and could see guys with masks with rifles. I spent the next 36 hours on the typewriter.”

Meanwhile, Team USA practiced in virtual ignorance of what was happening, even as official competitions were stalled. Bantam learned about the hostage situation only after calling home to the United States.

“The USA team used to go to an army base and train,” said Bantom. “This time they kept us there and didn’t bring us back. 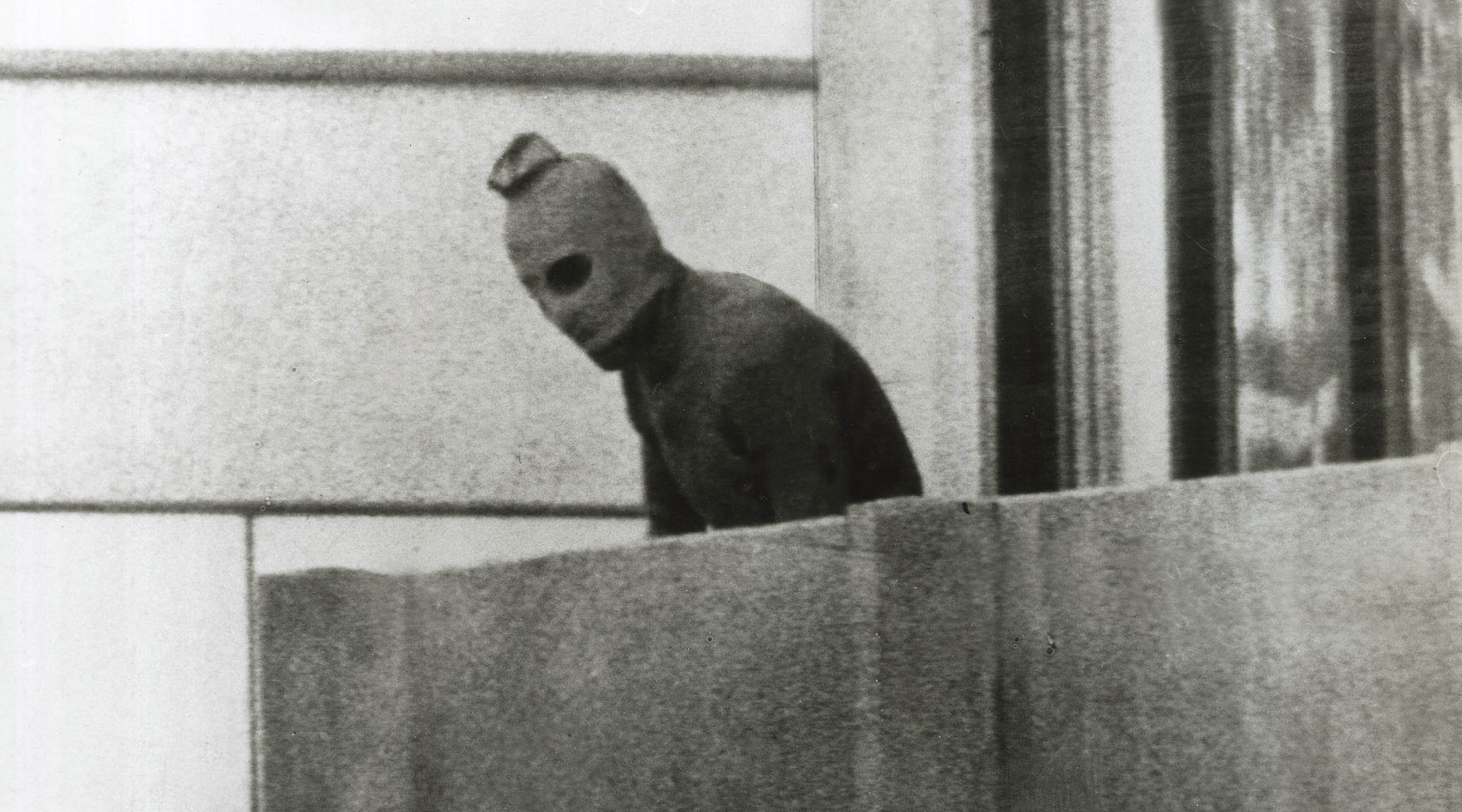 One of the defining images of the Munich Olympics in 1972: a member of the group that had taken the Israelis hostage seen on the apartment balcony in a face mask. (Russell Mcphedran/The Sydney Morning Herald/Fairfax Media via Getty Images)

“Very little information was given to us about what was going on,” he continued. “When we got back at the beginning of the evening we were held outside the village because they were arranging for the hostages. We saw helicopters rise out of the village. It was then I was able to call home and find out from people here what was actually going on.”

The players eventually got within eyesight of the hostages.

“That afternoon when terrorists marched the Israelis out, we were 50-100 yards away,” said Jones. “I’m thinking, ‘How is this going to end?’”

No one would know for hours. Behind the scenes, the terrorists demanded the release of over 200 Palestinian political prisoners in Israeli jails, only to have Israeli Prime Minister Golda Meir flatly refuse, saying she would not negotiate with terrorists. That left it to the German government to try to work things out.

The terrorists demanded to be transported to Cairo, and German authorities missed multiple opportunities to kill or arrest them en route. Buses brought the attackers and their blindfolded hostages to multiple helicopters, which then brought them to a nearby NATO air base.

Inexperienced sharpshooters planted at the scene were not provided with the correct guns to fire from long range; armored vehicles with backup help got stuck in traffic on the way to the base; and the Palestinians easily discovered that the plane they thought was taking them to Cairo was set up as a trap. After a gunfight with German police, one of the terrorists threw a grenade into one of the helicopters, killing the Israelis inside; another terrorist shot the remaining Israelis in the other helicopter.

No one in the Olympic village was aware of the operation, or how it ended.

“The German government put out a fake press release that the hostage release had been peacefully concluded,” said Becker, pressed into duty on the news side that day, though he normally focused on sports. “I was writing that story.

“But I had a reporter [Erb] at the airport who said he had heard gunfire and explosions. So I threw that story away and wrote a bulletin based on what he told me.”

His editor in New York called close to midnight. “They said ‘What you’re writing cannot be true, because we saw Howard Cosell and Jim McKay had gone on TV.’ So they made me write a bulletin that the German government announced the hostage had been peacefully resolved,” Becker said. “In fact, The New York Times’ official history of the Olympics contains the statement that all of us in Munich went to sleep that night believing the hostage exchange had been peacefully concluded.”

When the truth came out by the following morning, finishing the Olympics was the last thing on many of the athletes’ minds.

“Everybody’s initial reaction was ‘Let’s get the hell out of here and go home,’’’ recalled Bantom, who would go onto work for the NBA for 30 years after his playing career. “That was the first time anything like that had happened, where people were taken hostage for political reasons and killed. We were shocked at the time and upset about what happened and fearful what could happen.” 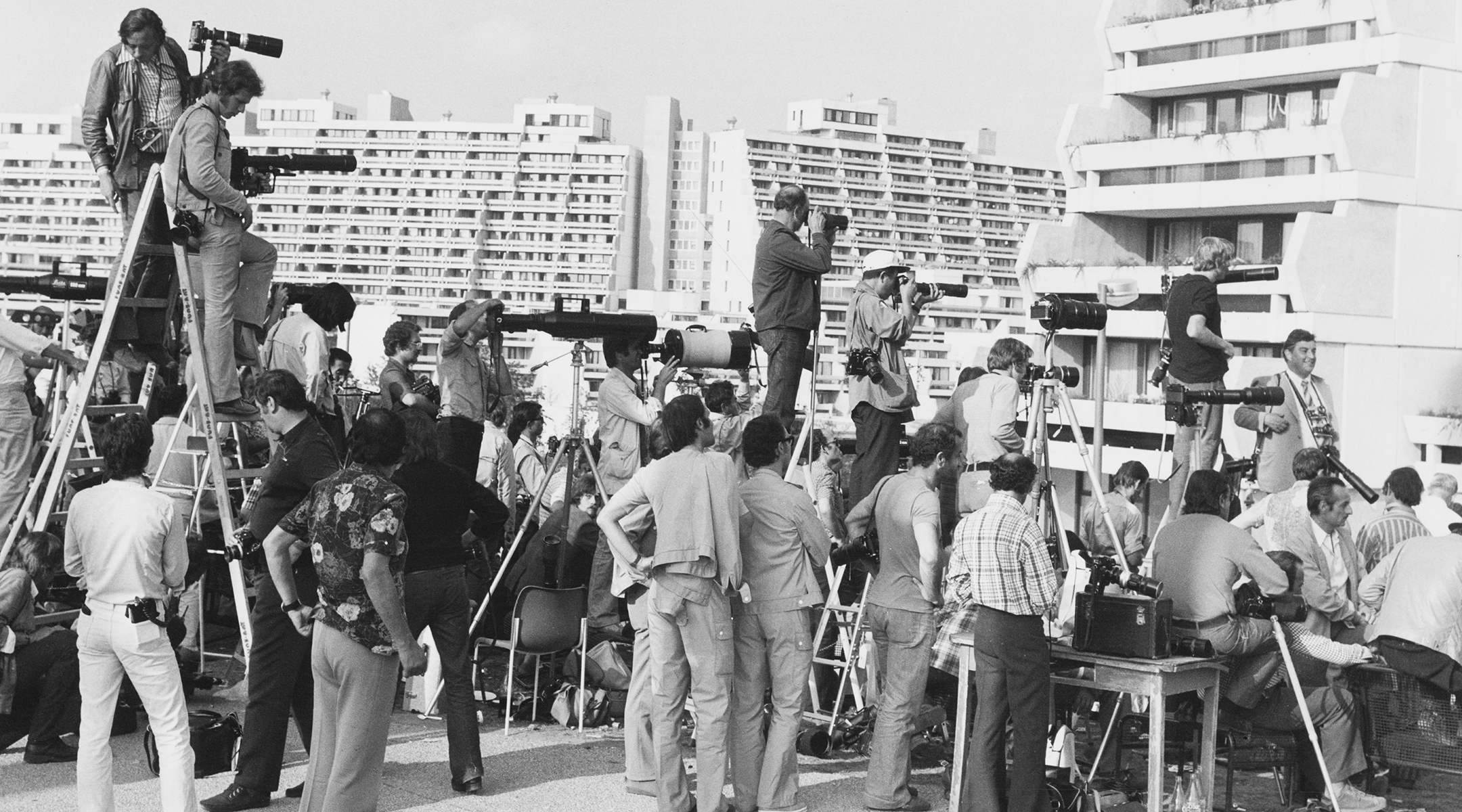 Photographers gather after the Munich massacre during the 1972 Olympic Games in Munich. (Keystone/Hulton Archive/Getty Images)

“When we heard what happened that evening we all thought surely we’re going to go home after this,” he said. “But they said they were going to press on.”

“I think it really hardened me a bit to the realities of the world,” Jones continued. “It made me aware of world situations and the animosity. Everything was not kumbaya.”

After holding a memorial ceremony in the victims’ honor, International Olympics Committee President Avery Brundage decided to continue with the rest of the Games.

“Brundage was ticked off because this was going to be his last Olympics and they had messed it up,” said Becker. Brundage had held his position since 1952 and was planning to retire. “Brundage gets up there and says we shouldn’t let politics get involved. Eleven dead athletes, five terrorists and a policeman, and he’s comparing it to politics.”

The remainder of the Israeli Olympic delegation left Munich. Five days later, the U.S. basketball team went on to make it to the gold medal game against the Soviet Union, where it lost for the first time in its Olympic history, 51-50, in a controversial finish.

Doug Collins made two clutch free throws with three seconds left to play, giving Team USA a 50-49 lead, but the Russians were given extra opportunities and extra time — thanks to an array of malfunctions and miscommunication at the scorer’s table — and scored a layup in the final moment to win.

“My feeling was if we could honor those people killed by winning a gold medal that would’ve been great,” said Collins, who would go on to become a four-time NBA All-Star and later coach Michael Jordan and the Bulls.

“I just don’t think they would’ve wanted the Games stopped.”