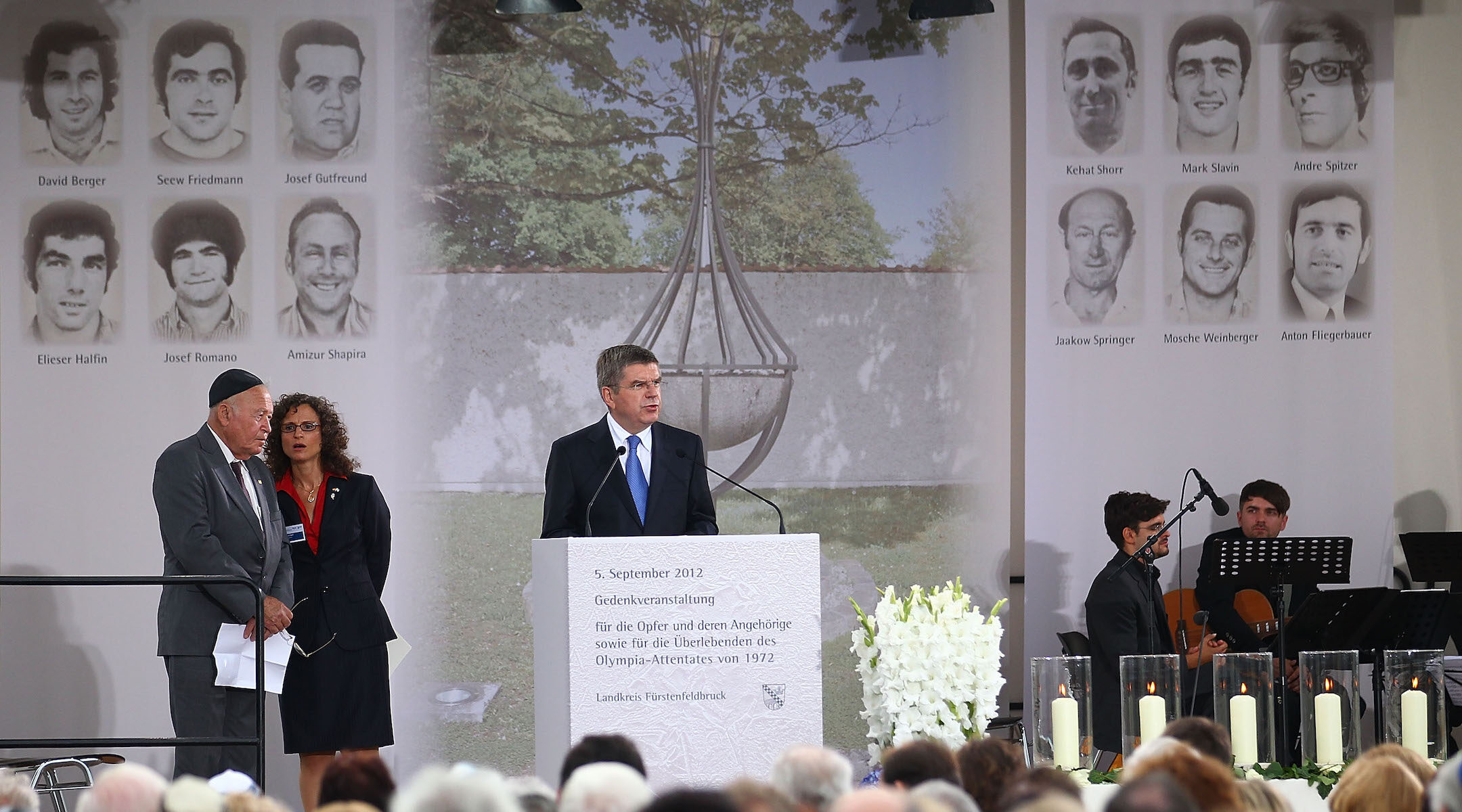 (JTA) — Days before a ceremony marking the 50th anniversary of the Munich Olympics massacre, the Israeli victims’ families have reached an agreement with Germany, avoiding a planned boycott.

Last month, the families of 11 victims of the 1972 attack threatened to boycott the Sept. 5 ceremony in Munich, calling Germany’s compensation offer “a joke.” According to The New York Times, Israeli President Isaac Herzog had planned to skip the ceremony as well.

“The German government welcomes the fact that it has now been possible to reach an agreement with the relatives on an overall concept to mark the 50th anniversary,” said a spokesman for German Chancellor Olaf Scholz, according to the Times of Israel.

Herzog released a joint statement with his German counterpart, welcoming the news but acknowledging that “the agreement cannot heal all wounds.”

“With this agreement, the German state acknowledges its responsibility and recognizes the terrible suffering of the murdered and their relatives, which we will commemorate next week,” read the statement.

The German spokesman also outlined other details of the agreement. “This includes the reappraisal of the events by a commission of German and Israeli historians, the release of files in accordance with the law, the classification and acceptance of political responsibility within the framework of the commemoration ceremony, as well as the provision of further recognition services by the federal government, by the state of Bavaria and by the city of Munich,” said the spokesman.

During the 1972 Olympics, eight members of the Palestinian terrorist group Black September took six coaches and five athletes from Israel’s delegation hostage in their Olympic Village apartment, killing them during a failed rescue operation at a nearby airbase. The incident has been a source of tension in Israel and Germany’s otherwise close relationship.

The International Olympic Committee held official ceremonies to commemorate the victims in 2016 and at last summer’s opening ceremony.