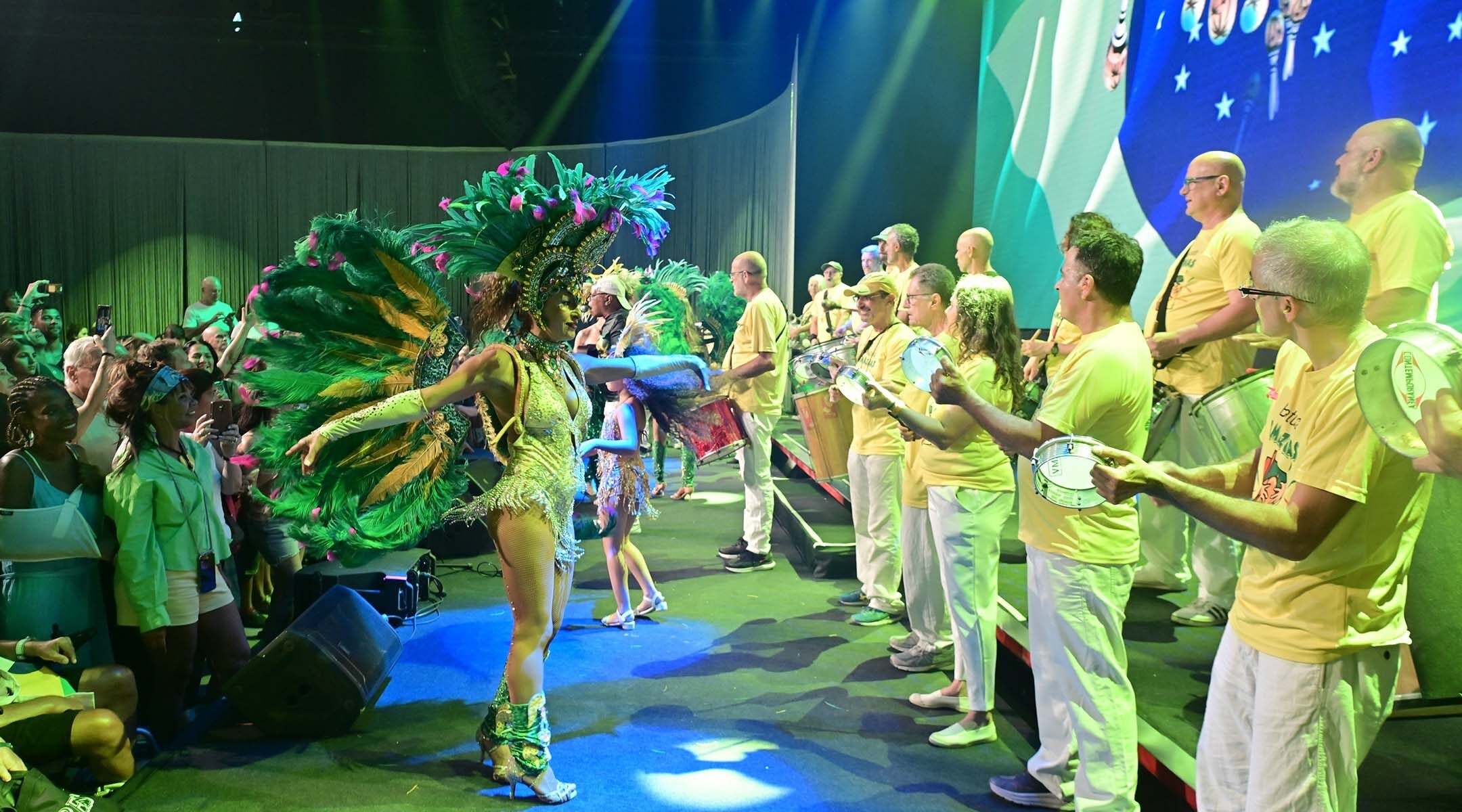 TEL AVIV (JTA) — Brazilians are throwing a memorable party in Israel this week to celebrate the 200th anniversary of their independence, as well as the strong cultural ties between the two countries.

The event, called Casa Brasil, began on Sunday and will continue through Friday, features lectures, cultural presentations, a fashion show, a food festival and more. It’s being held at Hangar 11, a large event venue at Tel Aviv’s port, which is currently decked out in green and yellow, the colors of Brazil’s flag.

“Our two peoples have nurtured a close relationship over several areas, including in trade, education, politics, culture, defense, agriculture and innovation,” Brazil’s ambassador to Israel, Gerson Menandro, told the Jewish Telegraphic Agency at a gala event on Wednesday, which was attended by governmental officials and military from various countries.

Brazilian diplomat Oswaldo Aranha presided over the United Nations General Assembly that voted in favor of the resolution that partitioned the British Mandate of Palestine into two states, Jewish and Arab. Aranha heavily lobbied in favor of the partition and, for his efforts, he was nominated for the Nobel Peace Prize in 1948.

For Rio-born historian Silvia Lerner, who moved to Israel last year, that was just a starting point.

“Israelis just love everything about Brazil, and we Brazilians are welcomed here with open arms,” said Lerner, the daughter of Holocaust survivors who fled from Berlin to Rio in the late 1930s.

Throughout the decades, Israelis have continued to embrace Brazilians and Brazilian culture: In the 1950s, Bror Hayil, a kibbutz near Sderot, started to receive a wave of Brazilian immigrants; it has come to be known as a Brazilian kibbutz.

RELATED: Why hundreds of Brazilian immigrants are flocking to this Israeli suburb

Brazilian music became extremely popular among Israelis in the late 1960s, especially when local singers started to translate lyrics from Portuguese to Hebrew. In 1978, the song “Eretz Tropit Yafa” (“Pais Tropical” in Portuguese), recorded by iconic Israeli singers Matti Caspi, Yehudit Ravitz and others, took the Jewish state by storm.

“Israelis and Brazilians are both warm, informal, and communicative,” the Brazilian Cultural Center’s director Raquel Yehezkel told JTA. “That brings our cultures close together.”

The Jerusalem Symphony is performing a Brazilian-themed program on Thursday, and Friday features a capoeira dancing show. The effusive bicentennial celebration made headlines in the Israeli media, drawing the attention of the approximately 15,000 Brazilians who live in Israel today. 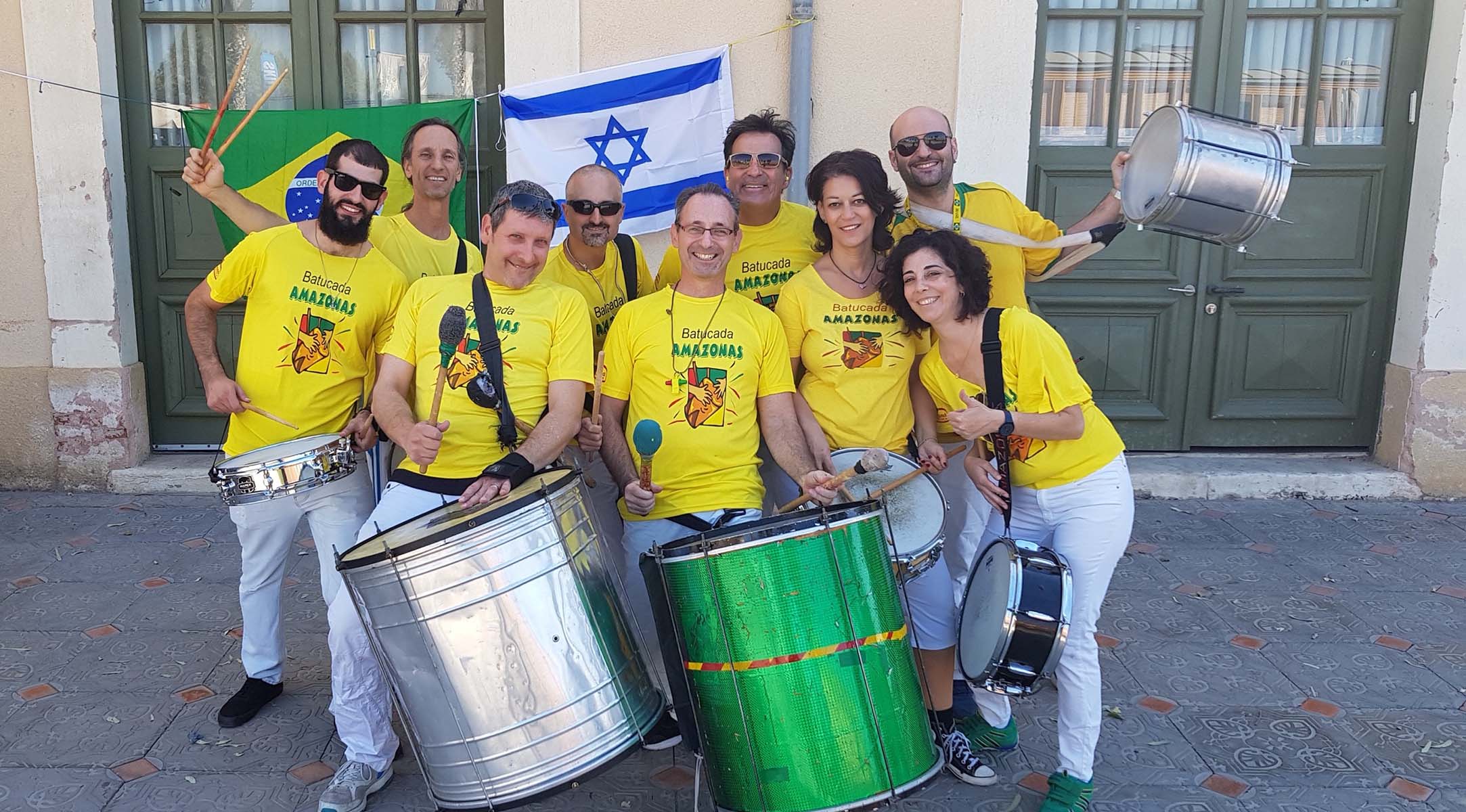 Performers are shown at the Hangar 11 venue at Tel Aviv’s port. (Tomer Raz)

Last April, the Brazilian embassy held a very first open event in Raanana, the upscale Tel Aviv suburb that gathers the largest concentration of Brazilians in Israel with some 300 families. In 2021, Rio and Raanana officially became sister cities.

“It brings immigrants closer to their roots, it makes Brazil still part of their lives,” said Gladis Berezowsky, the president of Olim do Brasil, a nonprofit that serves as the official voice of Brazilian immigrants in Israel. “We can only encourage such bond.”

Rio-born psychologist Rita Cohen Wolf, who has been living in Israel since 1994, runs a Portuguese-language news service. She is also one of the founders of Kehila Yalla Chaverim, a volunteering group to support Brazilians in Raanana and the region, including tips on how to cope with immigration challenges.

In 2021, some 550 Brazilians made aliyah, or immigrated to Israel, according to the Jewish Agency. In 2022, the number has trended back towards the average pre-COVID level of around 650 per year.

“When a plant is transplanted, it suffers until it adapts to the new soil, weather conditions and more,” Wolf said. “The same is true for immigration and the avalanche of novelties: language, food, customs. The contact with other immigrants makes the adaptation to the new soil more welcoming and peaceful.” 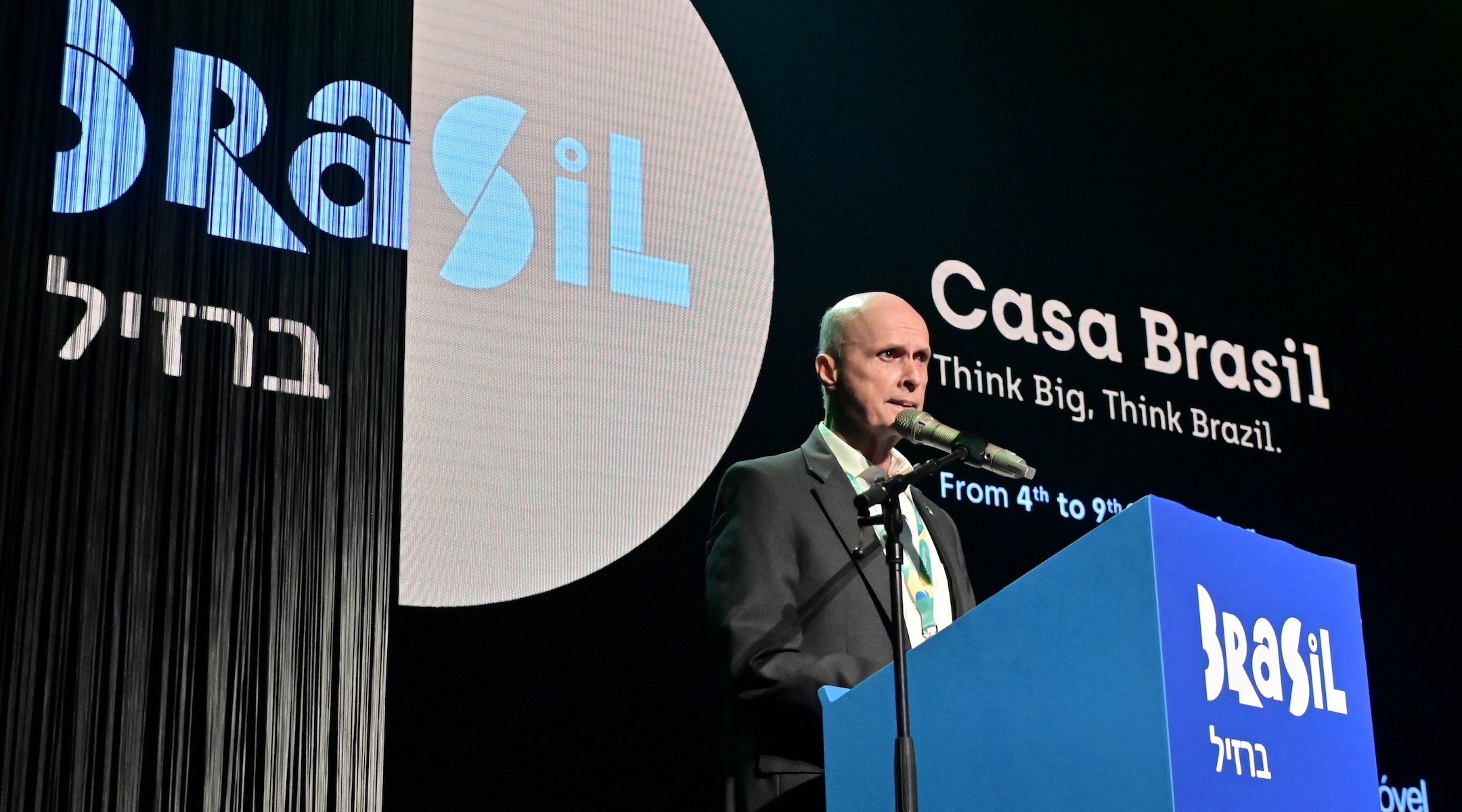