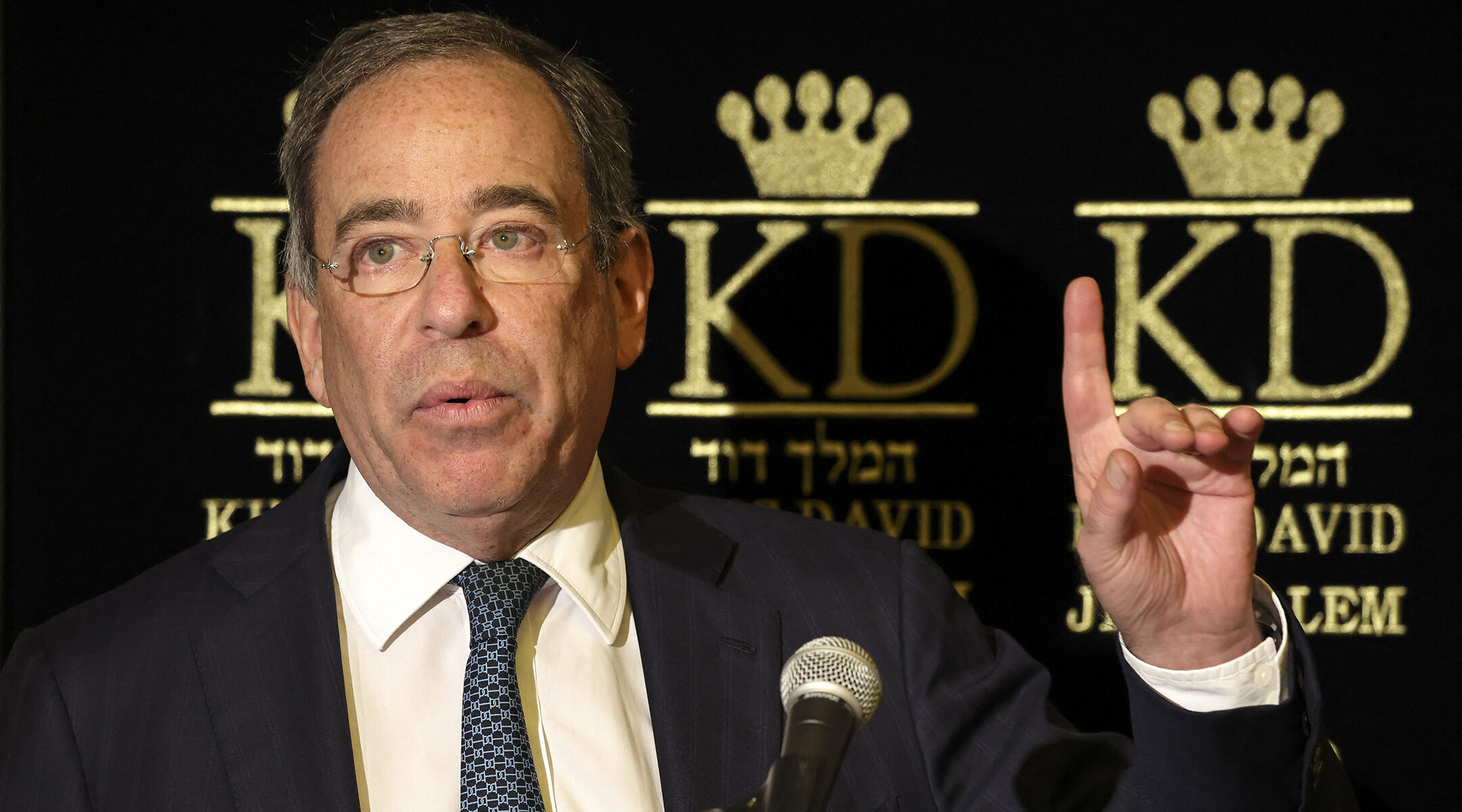 TEL AVIV (JTA) — Taking aim at claims made by Israel’s opposition leaders, including opposition leader Benjamin Netanyahu, America’s top diplomatic representative to Israel shot down claims that the U.S.-brokered deal on gas and maritime borders between Israel and Lebanon was a surrender to Hezbollah.

“That is ridiculous,” Ambassador Tom Nides told the Jewish Telegraphic Agency in an exclusive interview on Friday. He also rejected arguments by his predecessor, David Friedman, who tweeted that dividends from the dispute maritime gas fields would go “100% to Lebanon and 0% to Israel.”

“I have enormous respect for David [Friedman] and I’m not in any way criticizing him,” Nides said. “However, it’s wrong. In fact, former Prime Minister Netanyahu also supported a very similar deal a few years ago.”

The gas deal, now facing last-minute hurdles, has topped the news in the region in past weeks. Nides and the U.S. administration see it as a “historic deal” that he said “would be good for Lebanon” and “good for the Israelis in particular.” The U.S. ambassador still believes that it is possible to overcome differences and reach a deal, despite last-minute changes introduced by Lebanon and mounting criticism by the Israeli opposition.

“I’m quite confident we will get this done. Obviously, in no way will we ever support something that would create a security risk for the state of Israel or put Israel at a disadvantage,” Nides said.

He stressed that America is playing the role of an honest broker and flatly denied suggestions that the deal now proposed is significantly different than discussed in the past, while Netanyahu served as prime minister.

“It’s not true,” Nides said. “The reality is that the basis is basically the same and ultimately the benefits will be similar to what it would have been several years ago.”

Nides, 61, who took on his post in Israel last December, has a reputation of being open, and at times direct, even within the diplomatic confines in which he operates. In a wide-ranging interview in Tel Aviv, he took on some of the toughest issues creating friction between Jerusalem and Washington, including religious pluralism in Israel, settlement expansion, growing tensions between Israel and the Palestinian Authority and the upcoming elections in Israel.

Nides, who grew up in Minnesota as a liberal Reform Jew and went to synagogue only during the High Holidays, is a firm believer in equality at the Western Wall in Jerusalem, known in Hebrew as the Kotel. Recent incidents in which American Jewish families were attacked while celebrating their childrens’ bar and bat mitzvahs did not go unnoticed by the U.S. ambassador.

“I have no tolerance for anyone being hurt or attacked for doing what they believe is their religious belief at the Western Wall. Both on the Orthdodox and Reform side, and for women and men. I think everyone should use this religious site for their own spirituality,” he said.

Nides has been involved personally on this issue.

“I have had the opportunity to spend many evenings with the rabbi of the wall [Shmuel Rabinovich, an Orthodox rabbi]. I go to the Kotel quite often, and I’m respectful, but I make our position very clear vis a vis the importance of observant and non-observant Jews to share this beautiful place,” he said. “I like the rabbi but I disagree with him and some of the people around him on the conditions that should be set up for the non-religious Jews.”

Religious pluralism, a concern that tops the agenda of many Jewish Americans, does not feature significantly in Israel’s upcoming elections, scheduled for Nov. 1. Much of the debate concentrates on the question of including far-right politicians, including Itamar Ben-Gvir, a former Kahanist known inciting violence against Arabs, in a future coalition, if Netanyahu forms the next government. 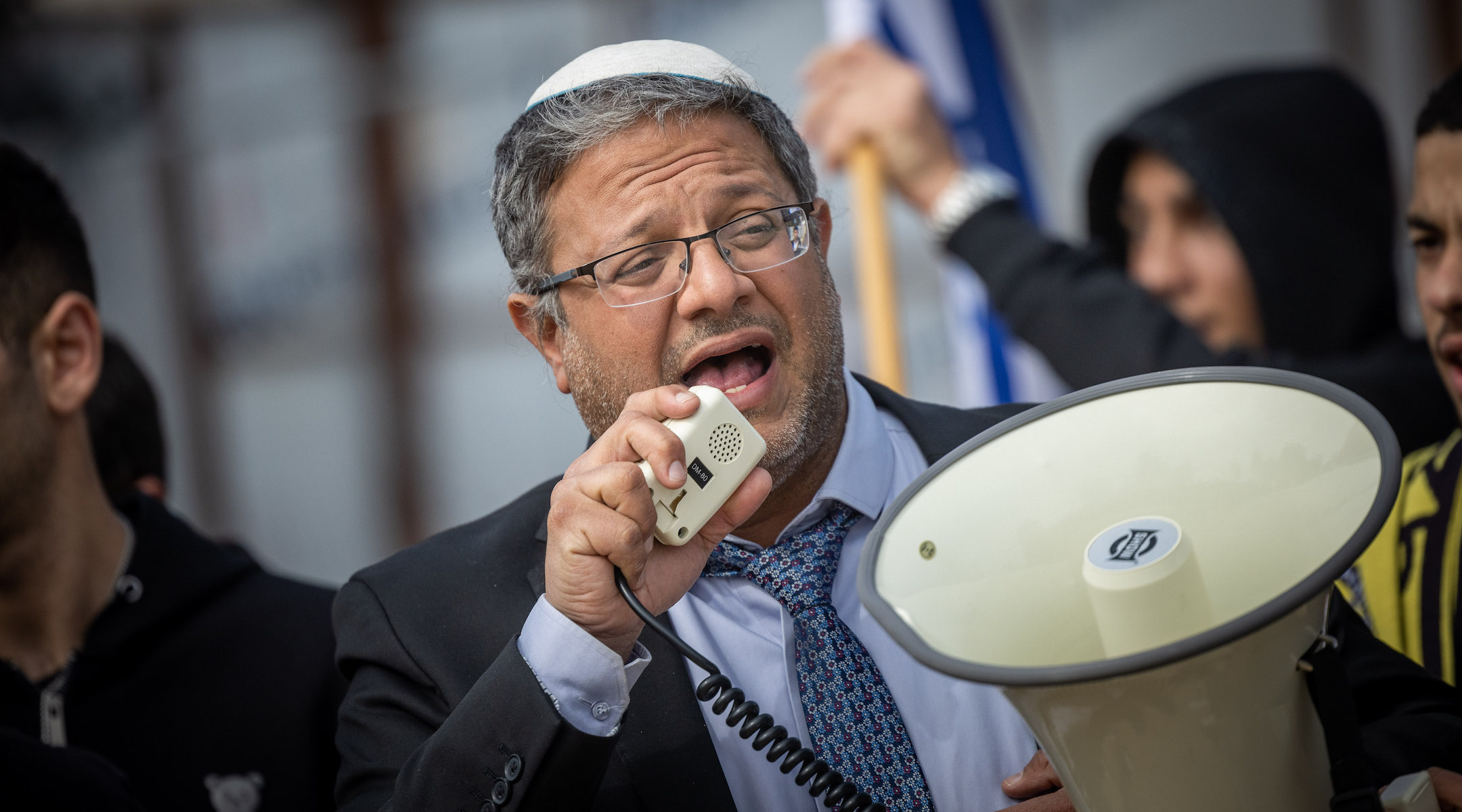 U.S. Democrats have weighed in, sending clear warnings against the move.

Ben-Gvir’s “outrageous views run contrary to Israel’s core principles of a democratic and Jewish state,” Sherman said. “These extremists undermine Israel’s interests and the US-Israel relationship, which I and my colleagues have worked to strengthen.”

Nides, cautiously stressing that he “won’t get involved in the politics of Israel before an election,” stood firm on the right of American politicians to voice their opinions on the issue: “We are free to articulate our anxieties or concerns vis-a-vis making sure that the values that we state are played out here in Israel as well as we believe they should be.”

The Israeli military has operated against Palestinian militants and terror suspects in the West Bank on an almost daily base since March, when Israel was hit by a terror wave.

More than 100 Palestinians have been killed in the West Bank in 2022, making it the most deadly year since 2015.

“We are always worried. We worry about the things happening in Nablus and Jenin, and we are obviously concerned about Israel’s security,” Nides said. He articulated a U.S. position that seeks to embolden the Palestinian Authority and acknowledge its role, at a time when President Mahmoud Abbas’ grip on the authority is widely seen as slipping away.

“We work with the PA every day, to help them provide the security they want. We want the PA to take their own lead with their own people. The PA has no interest in having terrorist cells exist” in the West Bank, Nides said.

While peace negotiations between the Israelis and Palestinians seem further away than ever, Nides praised Yair Lapid for “his brave comments on the importance of the two-state solution,” referring to the Israeli prime minister’s recent speech at the United Nations General Assembly.

“We are under no illusions here that I will be standing in the Rose Garden [at the White House] receiving the Nobel Peace Prize for getting the two-state solution, but it’s important that we create the conditions on the ground for a two-state solution,” Nides said. “And that includes helping the Palestinian people.”

On the issue of the expansion of Jewish settlements in the West Bank, Nides reiterated the Biden administration’s policy, saying, “We do not support settlement growth. Period. I work every day behind the scenes, with the Israelis, to try and eliminate, slow down or avoid that.”

He added, “This is a sovereign country. We can’t dictate to them what they can or can’t do, but I can put as much pressure as I can to make sure they understand our position.”

The Trump administration deserves praise for the Abraham Accords, Nides said, explaining that “they created a startup and we want to grow it into a real company.”

Israelis have emphasized their wish to expand the Abraham Accords to include other Arab nations, primarily Saudi Arabia. Nides is cautious.

“Ultimately, in sort of a dreamy way, it would be great if the Saudis normalized relations with Israel. It’s obviously the big prize. But this is not just about collecting countries, but about going deeper on security and taking this to a whole new level,” he said. “It’s imperative that we focus on what’s in front of us instead of chasing the next shiny object.” 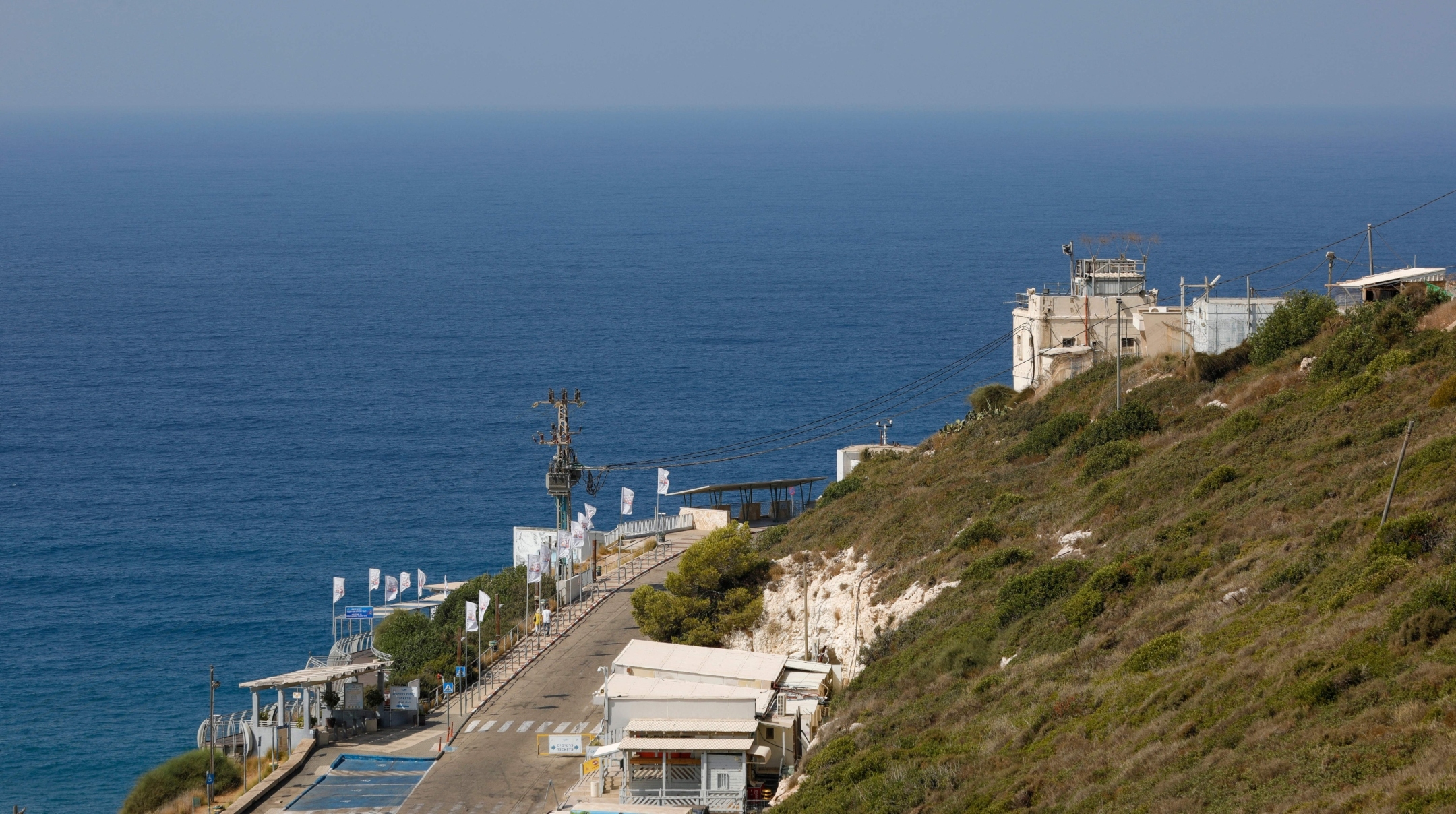 A picture shows a view of an Israeli military base at Rosh Hanikra, known in Lebanon as Ras al-Naqura, at the border between the two countries, Oct. 4, 2022. (Jalaa Marey/AFP via Getty Images)

Nides mentioned Jordan and Egypt as examples of countries that deserve Israel’s focus. After years of deteriorating relations between Israel and Jordan, a full-scale diplomatic effort to restore ties was launched in the last year.

While nurturing and striking new friendships in the region is a goal for Israel, the issue of Iran’s nuclear program remains a top priority. With a breakdown of the nuclear negotiations between world powers and Iran, the threat of escalation between Jerusalem and Tehran looms.

Conditions for returning to the nuclear deal with Iran “haven’t been met,” Nides said. “The ball is in Iran’s court,” he added.

But whether a deal is reached, as the Biden administration hopes, or not, as Israel wishes, Nides said the United States won’t dictate Israel’s behavior toward Iran.

“We will not tie Israel’s hands,” Nides said. “They don’t tell us everything but we have a pretty good security cooperation with them. We are not going to tell them what they can or can’t do. There’s full transparency between the U.S. and Israel.”