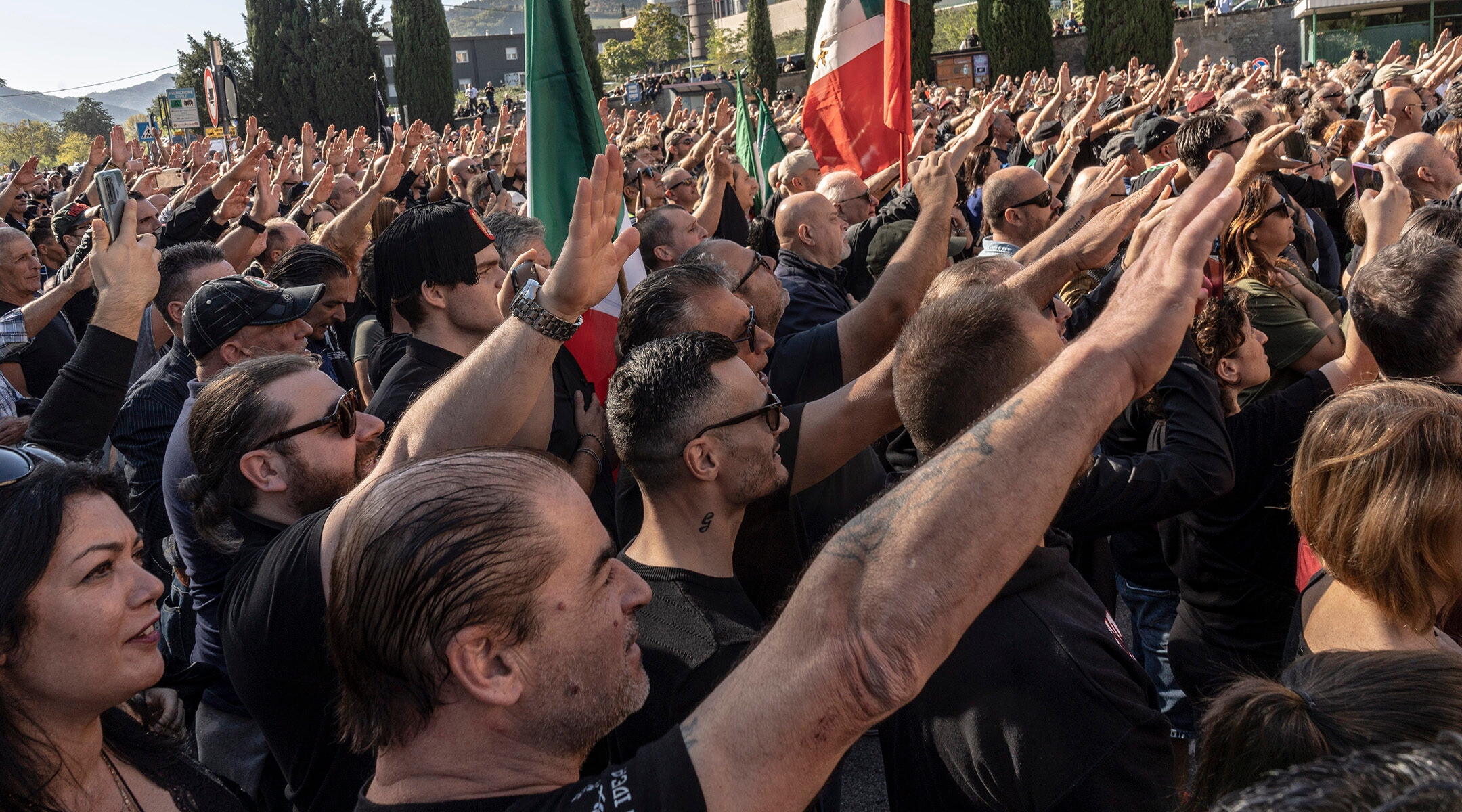 (JTA) — Thousands marched to the grave of the fascist dictator Benito Mussolini in Predappio on Sunday to commemorate the 100-year anniversary of his coming to power in Rome, days after the new Italian prime minister, whose party has fascist roots, decried the Italian race laws of the 1930s that targeted Jews.

The crowd of up to 4,000 wore all black and chanted praise for Mussolini, a key Hitler ally, according to the Associated Press.

Far-right Prime Minister Giorgia Meloni has worried Italian Jews through her past connections to the Italian Social Movement, known as MSI, a neofascist party founded in 1946 by people who had worked with Hitler and Mussolini. Meloni’s current party, Brothers of Italy, is closely tied to the group, even housing its office in the same building where MSI operated and using an identical logo, a tricolor flame.

At age 19, Meloni told French television that “Mussolini was a good politician, in that everything he did, he did for Italy.”

But on Wednesday, Meloni appeared to distance herself from past statements. Italy never went through a denazification process, and members of the MSI served in the country’s first postwar parliament.

“I have never felt sympathy or closeness to undemocratic regimes, fascism included, as I have always considered the racial laws of 1938 the lowest point in Italian history, a shame that will mark our people forever,” she told Italy’s lower house of parliament.

By the end of 1938, those race laws prohibited Jews from Italian schools and academia, politics, finances, the professional world and other sectors of public and private life. The laws later expanded, making it illegal for Jews to marry non-Jews or hire non-Jewish employees. Thousands of Italian Jews were killed during the Holocaust.

“This is a disturbing signal,” Gianfranco Pagliarulo, head of the National Association of Italian Partisans, which preserves the memory of World War II-era anti-fascist groups, told the AP. “It is evident that the victory of the nationalist right will lead to a resurgence of neo-fascist provocative attitudes.”