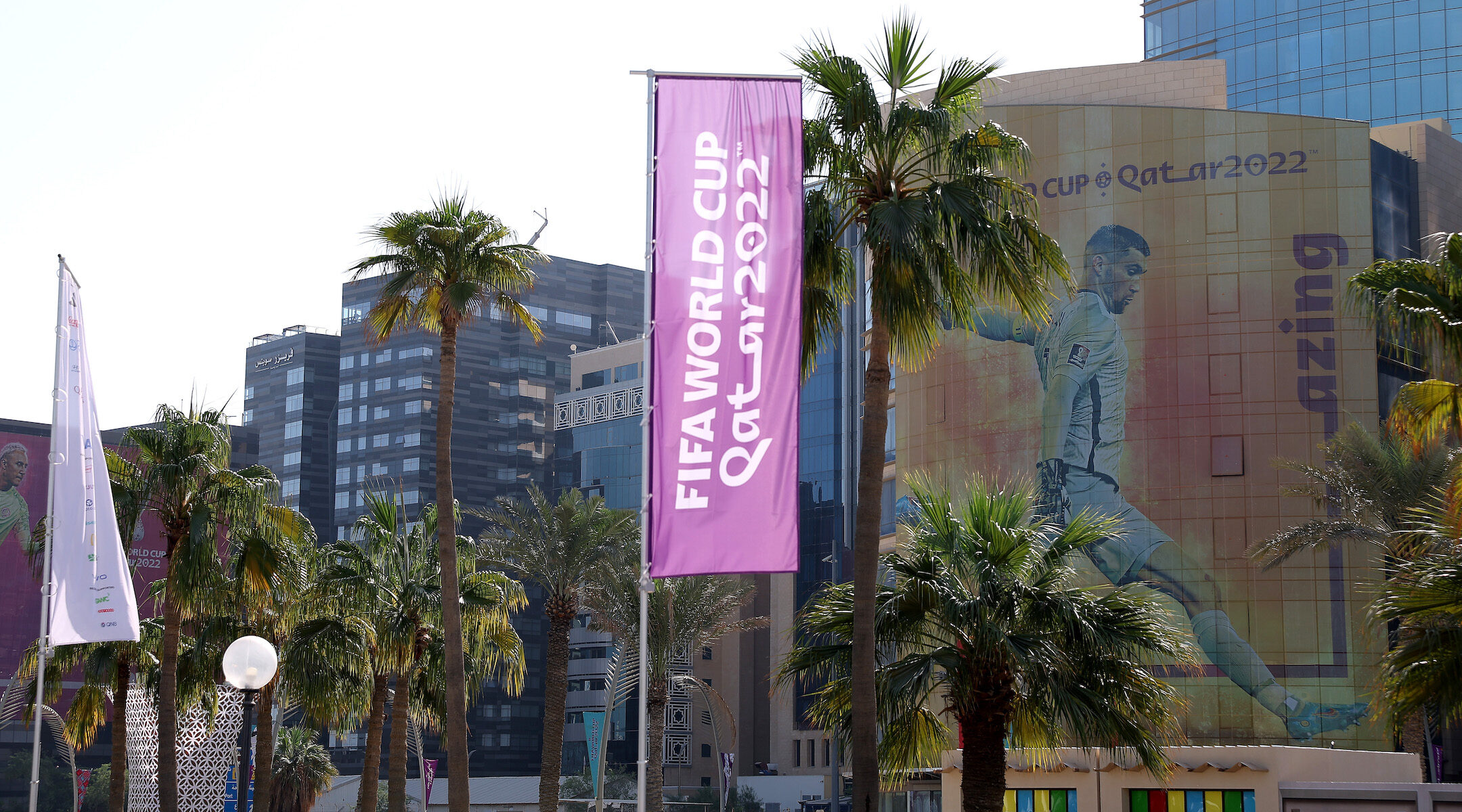 (JTA) — Qatar, which does not normally allow Israelis into the country, will permit Israeli visitors during the 2022 World Cup, prompting the Israeli government to warn travelers who make the trip to “downplay” their “Israeli identity.”

As many as 20,000 Israelis are expected to attend the 2022 FIFA World Cup beginning Sunday in Qatar, an Arab country run by a Muslim monarchy that does not have diplomatic ties with Israel.

Qatar has allowed for new direct flights from Tel Aviv to Doha, the Qatari capital, and an Israeli foreign ministry delegation is already there, Reuters reported, preparing to help Israeli visitors navigate local laws and customs and avoid any possible tensions with locals.

Despite the unprecedented openness, Israel’s Foreign Ministry launched a campaign to urge Israelis to exercise caution, particularly given the presence of Iran, which routinely calls for violence against Israel, at the World Cup. Qatar has close ties with Iran.

“The Iranian team will be in the World Cup and we estimate that tens of thousands fans will follow it, and there will be other fans from Gulf countries that we don’t have diplomatic relationship with,” Lior Haiat, a senior Israeli diplomat, said on Wednesday, according to the Associated Press, as the Foreign Ministry launched a website on the topic.

Haiat urged Israeli visitors to hide Israeli symbols, which could include Israeli flags or other things outwardly showing a Star of David. While an estimated 10-20,000 Israelis have purchased tickets to the quadrennial event, only 3,500 will be using their Israeli passport to make the trip, the Jerusalem Post reported.

“Downplay your Israeli presence and Israeli identity for the sake of your personal security,” Haiat said.

The campaign also advised against public displays of drunkenness and homosexual relationships, both of which are illegal in Qatar, which has been hit with widespread criticism over its human rights record ahead of the World Cup.

While some of Qatar’s Arab neighbors, including the United Arab Emirates and Bahrain, have signed recent normalization agreements with Israel, Qatar has said it will avoid negotiations with Israel until it sees a path forward for the creation of a Palestinian state.