As Jewish Republicans gather, Ron DeSantis is a star attraction while Donald Trump Zooms in 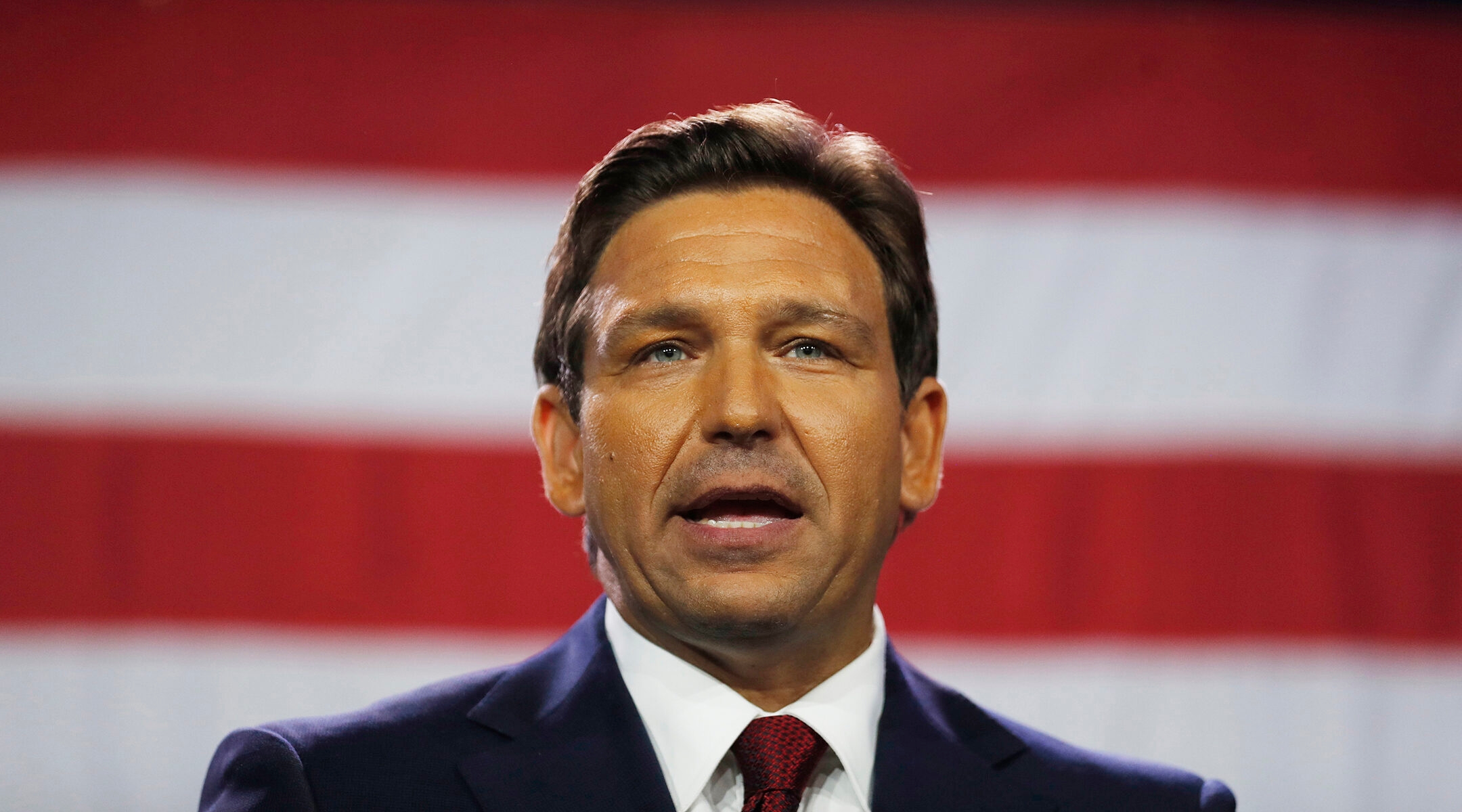 LAS VEGAS (JTA) — Donald Trump changed his mind and is ready to speak to the Republican Jewish Coalition. What’s not as clear is how ready Jewish Republicans are to hear from him.

As of last week, the group said Trump had cited an undefined “conflict” in turning down an invitation to address its annual convening in Las Vegas. But that was before he announced his bid for another shot at the presidency on Tuesday, making him the first and so far the only nominee to formally do so, and on Thursday the organization said Trump would speak via satellite.

The star of the conference appears to be Florida Gov. Ron DeSantis, who has a prime speaking slot, as opposed to Trump’s less auspicious slot. One influential conference-goer who spoke on the condition of anonymity in order not to be attached to a presidential nominee too early in the process said DeSantis was his favorite going into the weekend. DeSantis, he said, embraced Trump’s policies, but more effectively and with “discipline.”

The conference is taking place, as it has for years, in the Venetian casino resort, until recently owned by Miriam Adelson, the widow of Sheldon Adelson, who was until he died in 2021 a Republican kingmaker; his endorsement of Trump in May 2016 was seen as a sign that the entire GOP was now embracing the one-time outsider.

The conference is an opportunity for candidates to meet with donors who could make or break their campaigns. As it got underway this week, delegates wandered the halls among the slot machines and crap games reconnecting and checking in; former New Jersey Gov. Chris Christie was seen rolling his carry-on bag through the lobby.

Organizers said they expected at least 850 delegates throughout the event (the Saturday night dinner usually attracts more), a bigger number than last year, when travel was still depressed because of the pandemic and there were still three years before the next presidential election.

RJC conferences are often the first stop for likely contenders ahead of presidential election years, which is why Trump made personal appearances in 2015 and again in 2019. This conference is drawing national attention; organizers said they had about 100 RSVPs from the media.

Trump’s speaking slot, crammed in during a crowded Saturday-morning schedule, and his remote participation are signals that relations between Trump and the signature Republican Jewish group, which have blown hot and cold, are in a cooling-off stage. (The only other speaker phoning it in is Israeli Prime Minister-designate Benjamin Netanyahu, who has a government to form in a distant land.)

Trump’s lies about the 2020 election, which he lost to President Joe Biden, and his insistence that his endorsees echo the lies, are seen as a drag on the GOP. Republicans are now openly criticizing him after the Nov. 8 midterms, in which they expected to win the U.S. House of Representatives by a broad margin and retake the Senate, fell flat. Republicans barely retook the House, and the Senate remains in Democratic hands.

DeSantis stood out in those elections for wiping out the Democratic opposition in his state, on a day Republicans fared much more poorly than expected nationwide, losing a slew of statewide elections they thought would be shoo-ins.

DeSantis has the coveted Saturday night slot, sharing it with Nikki Haley, the former ambassador to the United Nations. DeSantis is already making inroads among Jewish conservatives, and from the start of his governorship sought to prove his pro-Israel credentials, leading one early Cabinet meeting from Jerusalem. Haley, who has not yet made clear whether she is running in 2024, is a star for right-leaning pro-Israel groups for helping to shepherd through changes in U.S. and U.N. policy that marginalized Palestinians.

Trump is squeezed among 12 speakers on Saturday morning, a time when folks are expected to keep it short and sweet. Joining him are a number of speakers either not in contention for the presidency — Jewish Republican congressmen David Kustoff of Tennessee, Max Miller of Ohio and George Santos of New York — or long-shots such as South Carolina Sen. Tim Scott and also-rans whom Trump annihilated in 2016, including Christie and Texas Sen. Ted Cruz. (Miller and Santos are freshman Trump endorsees who have embraced Trump’s election denialism; Santos was at the Jan. 6 protests.)

Opening the conference Friday night are four speakers, three of whom have notably separated themselves from Trump: former Vice President Mike Pence, who has said this week that he and Trump no longer speak and that he remains angry at the president for not stopping the angry mob that called for Pence’s death during the deadly Jan. 6, 2001 insurrection; Maryland Gov. Larry Hogan, a consistent opponent of Trump since 2015; and Mike Pompeo, Trump’s secretary of state who has in recent days said Trump’s victim act is getting old. All three are seen as presidential contenders.

The conference is open to the public on Friday and Saturday, But it really started earlier in the week with smaller private meetings between the major Jewish Republican donors and others in the party. Virginia Gov. Glenn Youngkin, who has also distanced himself from Trump, was to have spoken privately with RJC bigwigs on Thursday night, but canceled at the last minute because of a deadly shooting at the University of Virginia.

Trump remains popular in some Jewish conservative circles; he was honored by the Zionist Organization of America earlier this month — an event that he attended in person. Trump executed historic changes in Israel policy, among other things, moving the U.S. embassy to Jerusalem, dropping a commitment to a two-state outcome and quitting the Iran nuclear deal. Biden is keeping the embassy in Jerusalem, but hopes to restore two-state outcome ambitions and reenter the Iran deal.