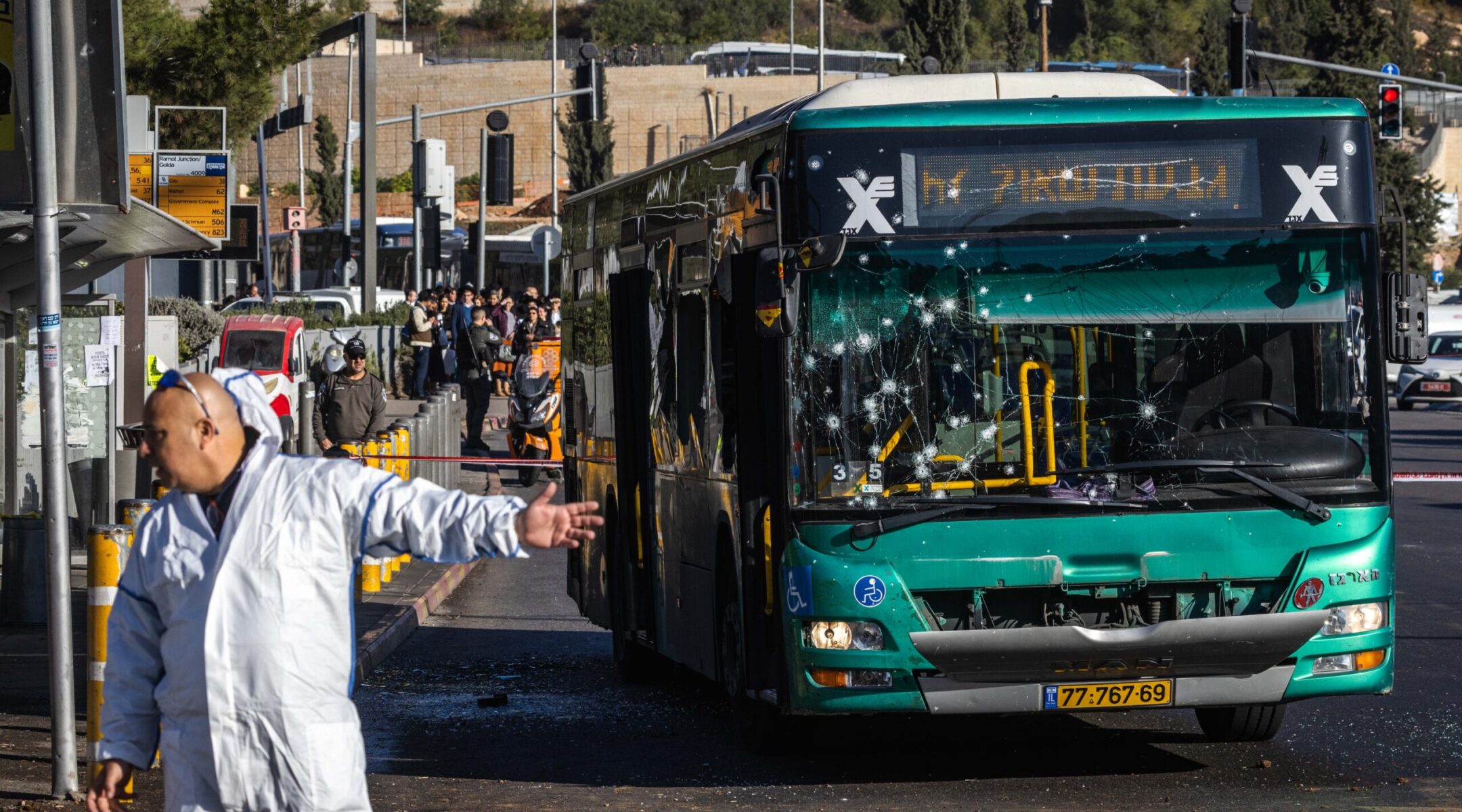 Police and security personnel at the scene of a terror attack in Jerusalem, Nov. 22, 2022. (Olivier Fitoussil/Flash90)
Advertisement

(JTA) — Two bombs rocked bus stops at crowded entrances to Jerusalem early Wednesday morning, killing a teenager and sending about 20 people to the hospital, some in serious condition.

The fatality was a 16-year-old yeshiva student named Aryeh Shtsupak from Har Nof, a largely Orthodox neighborhood in Jerusalem. He may have held Canadian and American citizenship, according to local media reports.

The attacks represented the first time in years that terrorists used bombs in a deadly assault against Israelis, and police say they believe the bombs were detonated remotely. In recent months, Israel has seen a wave of terrorist attacks comprised mostly of stabbings and car rammings, including in an attack in the West Bank last week that consisted of both and killed three people. Tight Israeli security is credited with thwarting terrorists’ use of more sophisticated attack methods, and Wednesday’s bombings are being seen as a failure of Israeli security.

The bombings come amid the deadliest year in nearly a decade for Israelis and Palestinians, following a wave of terrorist attacks in the spring and an intense response by Israel’s army. The army has said most of the people killed in the raids it has conducted in the West Bank, including the city of Jenin, which is controlled by militants, have been involved in terrorism; some, including the Palestinian-American journalism Shireen Abu Akleh, were not.

Also Wednesday, an Israeli Arab 18-year-old who was involved in a serious car accident near Jenin a day earlier and was then hospitalized in Jenin before dying was seized by armed militants who entered the healthcare facility and snatched the man’s body. His father said the teenager died when the militants disconnected him from medical equipment to take him away. Another Israeli Arab man who had been involved in the car accident was then relocated to Rambam hospital in Haifa.

Meanwhile, a right-wing politician who is angling for a Cabinet position in charge of security in the new government traveled to the scene of one of the bombings to call for a heavy response to terror attacks, including targeted killings and curfews on the towns from which attackers are seen to have come.

“It’s time to establish a right-wing government as soon as possible,” Itamar Ben-Gvir, head of the Otzma Yehudit party, said at the scene. “Terror does not wait.”

Among those injured in the blasts were a classmate of Shtsupak who was seriously wounded. (Shtsupak’s name has appeared with multiple English spellings.) Uri Pilichowski, an American rabbi who moved to the West Bank and has used his social media presence to try to explain the perspective of Jewish settlers, said his teenage daughter was injured in one of the blasts. “Thank God she is fine, just a small cut,” he tweeted on Wednesday morning.