How do teenagers fit Judaism into their after-school activities? Spoiler: Many don’t. 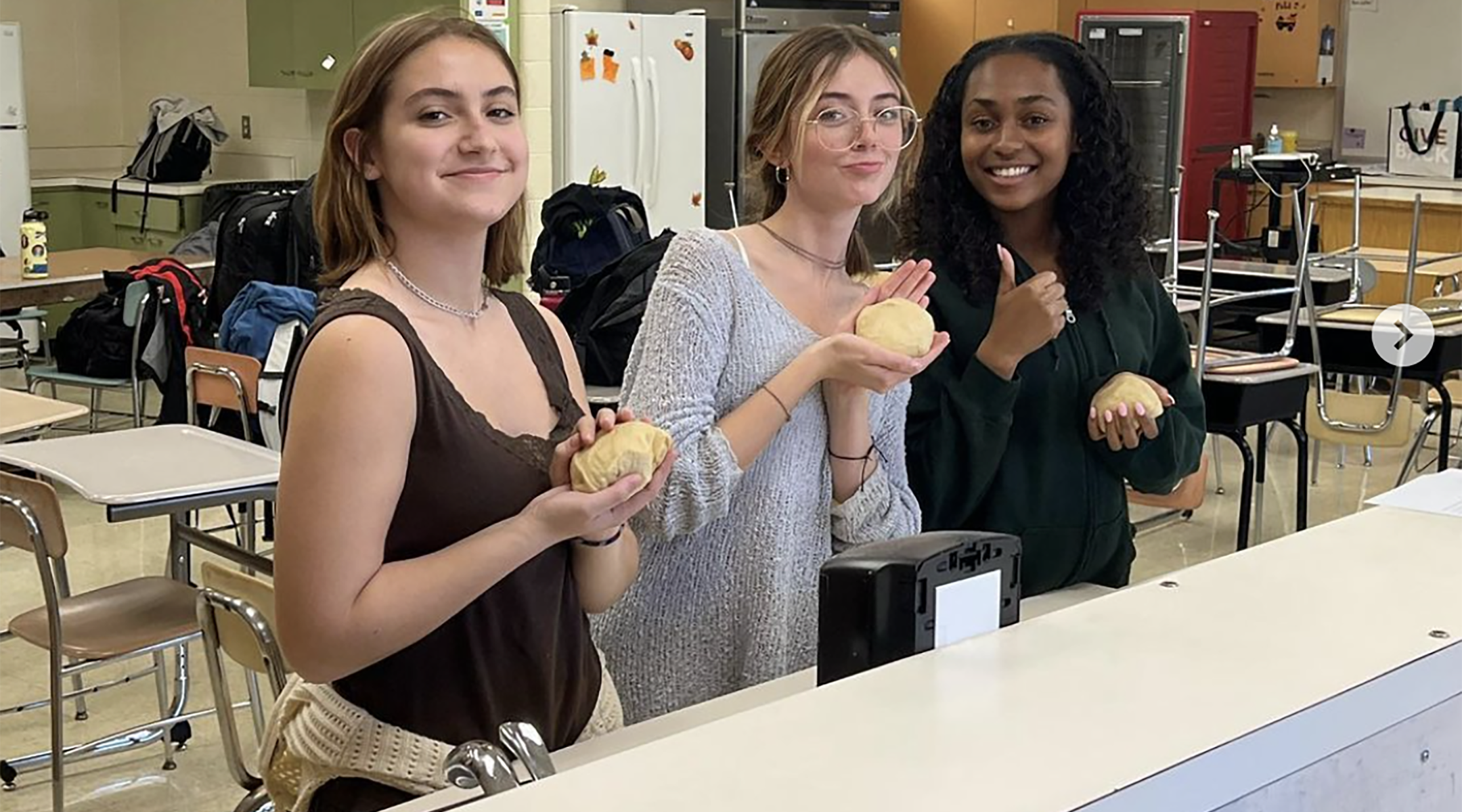 (JTA) — When youth group leader Evan Shrier first started organizing events for his peers at Temple Kol Tikvah in Woodland Hills, California, he was excited to take on the leadership role. Two years later, he struggles to keep the spark alive in his work now that so few young people show up after their b’nai mitzvah.

“I got to watch it grow and watch 20-30 people, mostly high schoolers and some 8th graders, coming to events, and now it just hasn’t really been the same,” Shrier, 17, said. “We still try to put on really fun events, but it doesn’t feel very rewarding when there’s one person besides the board that comes to them.”

Shrier is experiencing what many religious leaders witness every year: a drop off of synagogue participation after b’nei mitzvah. As teens grow older, some struggle with making time for religious activities because their focus is pulled by sports and extracurricular activities that build their college resumes.

“When I apply to college for kinesiology and to be on the track team they’re going to look at my sports medicine and running team” experience, says Shrier. “They’re not going to look as much at Kol Tikvah.” While he still makes time for Kol Tikvah, he says he needs to prioritize activities that get him merit scholarships for college.

A 2016 report commissioned by the San Francisco-based Jim Joseph Foundation found that Jewish teens feel torn on how to balance their secular and non-secular activities, and more often choose to prioritize the former.

Most surveyed said that they don’t consider Jewish activities as chosen free time. Instead, they look at them as a meaningful third category between school obligations and fun pastimes. The students — between 12-and-a-half and 17 years of age — said that having Jewish friends impacted their involvement in Jewish activities.

The report also found that encouraging “cognitive competence” among teens is a key factor for engagement in Jewish activities. “They’re seeing the world around them, they’re building their identity, they’re developing values,” stated Rabbi David Kessel, former BBYO chief program officer, in the report. “And if we help them do so in a sophisticated and engaging way by providing these content-rich experiences, they will come and they will resonate with it.”

Many organizations are working hard to provide such “content-rich experiences.” For example, BBYO provides leadership training, community service and Jewish education for teens. The Religious Action Center of Reform Judaism funds the social justice program L’Taken for high schoolers across the United States, where they learn how to lobby senators and representatives in Washington, D.C. Another organization, Moving Traditions, teaches the importance of personal wellbeing, justice and caring relationships through a Jewish lens. The emphasis on leadership and tikkun olam — social justice — in these organizations bridges teen’s Jewish and secular interests through meaningful and “[non-]boring Jewish content,” said Kessel.

Kessel and the 2016 Jim Joseph study also suggest that teens are more likely to engage in Jewish activities that are compelling and add value to their lives. Said Shrier: “I carry myself through life a lot differently with the values I see in Judaism and that I’ve created for myself through my connection with Judaism. There’s a lot of things I do now that I wouldn’t do if I hadn’t connected with the temple, and I’m really happy that I do them.”

However, teens are involved in other enriching, secular activities that compete with Jewish extracurriculars, causing the teens to grapple with how to spend their limited time.

Ava Naiditch, 16, of Los Angeles, ranks soccer as her most important extracurricular. As a Reform Jew, she resonates with the youth group culture at her temple and wants to stay involved in activities such as confirmation, but has a life-long commitment to her sport. She says she can’t stop soccer now to make more time for her Jewish activities because it would feel like quitting and abandoning years of dedication and hard work.

Academic pursuits also pull teens’ attention away from synagogue. Orli Adamski, 15, from New York City, serves on the editorial board for jGirls+ Magazine, a publication for teen journalists, and may pursue writing in college. The magazine offered her professional, resume-building experience, which was her primary goal in joining. “It being a Jewish magazine was just a bonus,” Adamski said.

However, for some teens, pulling away from synagogue does not mean they cut themselves off from their Jewish community.

Julien Deculus hasn’t been active in the synagogue where he got bar mitzvahed seven years ago, but the 20-year-old is still close to friends he made at the Los Angeles temple.

“The relationships I fostered at temple extended outside temple youth groups so I did not feel like I was losing connection to the Kol Tikvah family,” he said.

The relationships teens develop at temples connect them more with Judaism than synagogue itself in some cases.

“I do care about Judaism but I care more about the connection and the friendships that come along with it,” said Nathan Gaffin, 16, a junior from Waltham, Massachusetts. “I can confidently say that if I didn’t have a lot of friends at my temple, I would not go as much, although I still do feel Judaism is very important.”

Gaffin co-founded the Jewish Student Union at his high school, where only about 30 out of 1,800 students are Jewish. “It’s very important to have that small, safe space where we can say what we want without feeling threatened, we can have fun, and make connections with people that are similar to us,” he said. Gaffin’s club addresses topics like antisemitism in pop culture and at school along with intersectionality within Judaism. He also makes sure there is time for light-hearted activities and just hanging out.

Gaffin dedicates a lot of his time to his tennis team, while also working as an assistant Hebrew school teacher at his synagogue, and on the board of his temple chapter of United Synagogue Youth. During the tennis season, Gaffin misses a lot of his Hebrew school classes, but says “he doesn’t feel like he’s missing out on too much,” but wishes he could make time for both.

Naiditch regrets not staying involved in Jewish activities because, like Gaffin, they provided a “safe place” where she felt comfortable discussing the prejudice Jews face. Especially with the recent backlash regarding rapper Kanye West’s antisemitic tweets, talk amongst ignorant teens has spread antisemitism around her school. She realizes how uncomfortable she feels and misses the connection she had at her synagogue. Naiditch wants to join her temple’s confirmation class, even though it conflicts with her Youth and Government meetings.

Making the time to engage in Jewish activities isn’t a big concern for Charlotte Saada. “If it weren’t for my parents’ connection to Judaism, I wouldn’t be as connected as I am,” says the 16-year-old from Los Angeles, whose family attends a Conservative synagogue.

She takes part in her family’s religious activities, like weekly Shabbat, but acknowledges that once she moves out and becomes more independent, she will likely not maintain her family’s traditions because she’s “too lazy” and would rather spend her time building her crocheting business.

Time management is a challenge for all young people, but Shrier, the youth group leader, won’t trade in his Jewish connection. “Even though I don’t have the time, I love the temple and the little time that I have to give I want to give,” he said.