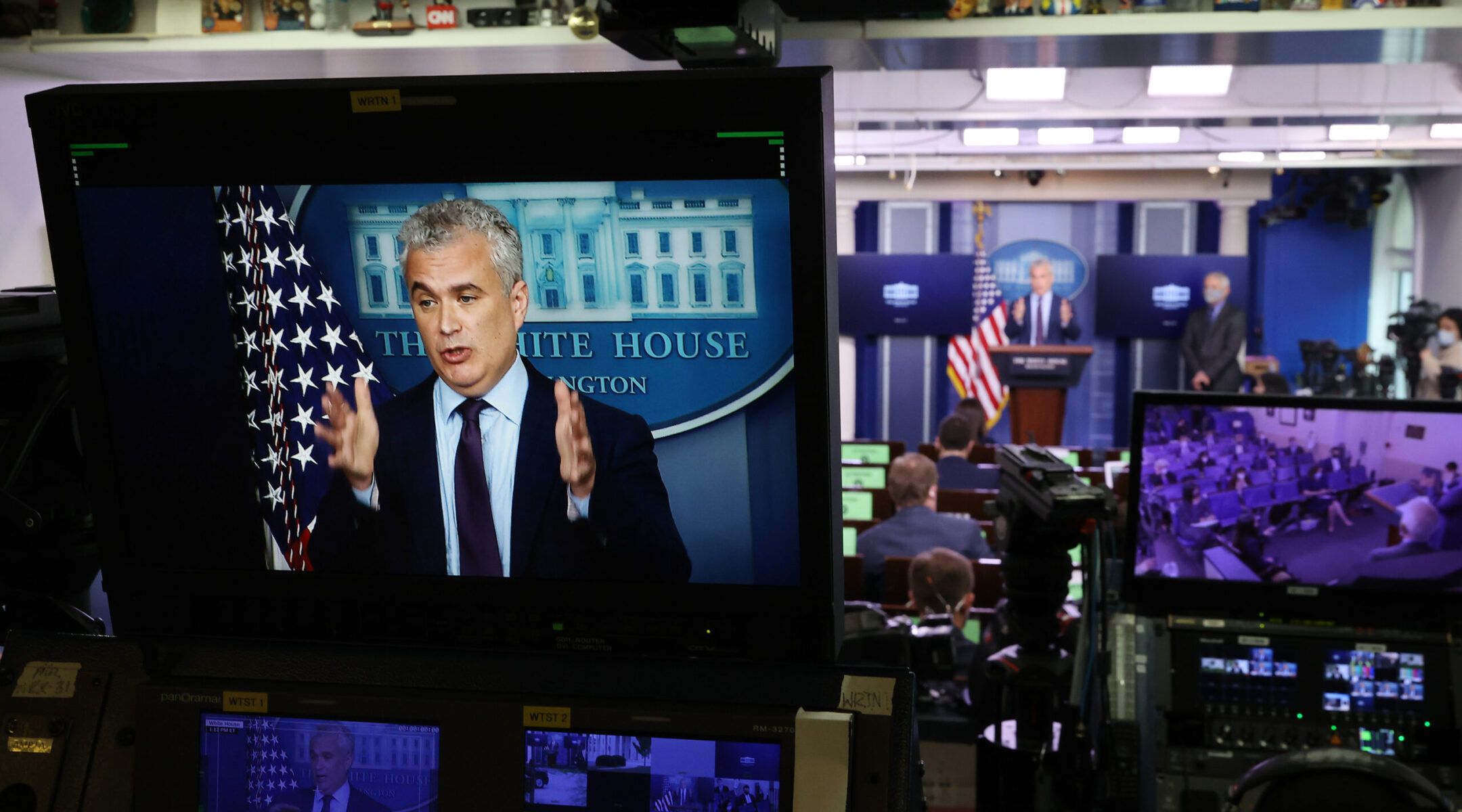 (JTA) — Days after his first chief of staff announced that he would step down, President Joe Biden has announced a replacement: another Jewish advisor, this time an investor in a popular Washington, D.C., Jewish deli.

Jeff Zients, led the Biden administration’s COVID-19 response from 2021 to 2022. He had previously held multiple positions in government, including as advisor to the Biden transition team and the Obama administration and director of the National Economic Council, following a career in business.

Zients is also known locally in Washington as the businessman who helped start the chain Call Your Mother, which says it serves “Jew-ish deli favorites.” Now operating in seven D.C.-area locations with an expansion planned to Denver, Call Your Mother offers bagels, smoked salmon, whitefish salad and black-and-white cookies, as well as an assortment of gear that has turned the Jewish catchphrase into a local fashion statement.

Some of the recipe testing for the deli’s first location was done at Zients’ home, according to Washingtonian magazine. Zients first connected with Andrew Dana, the Jewish chef behind Call Your Mother and his business partner, through Dana’s father’s friend from summer camp; he reportedly wanted the deli to be called Apples and Honey. Dana told the magazine that Zients had fallen out of communication with him after joining the Biden transition team.

“He has far more important things to worry about than bagels right now,” Dana said.

Starting next month, Zients will take over for Ron Klain, Biden’s chief of staff since he was inaugurated. Klain, who is open about his Jewish identity and tweets frequently about it, reportedly has described himself as worn down by the intensity of the chief of staff role.