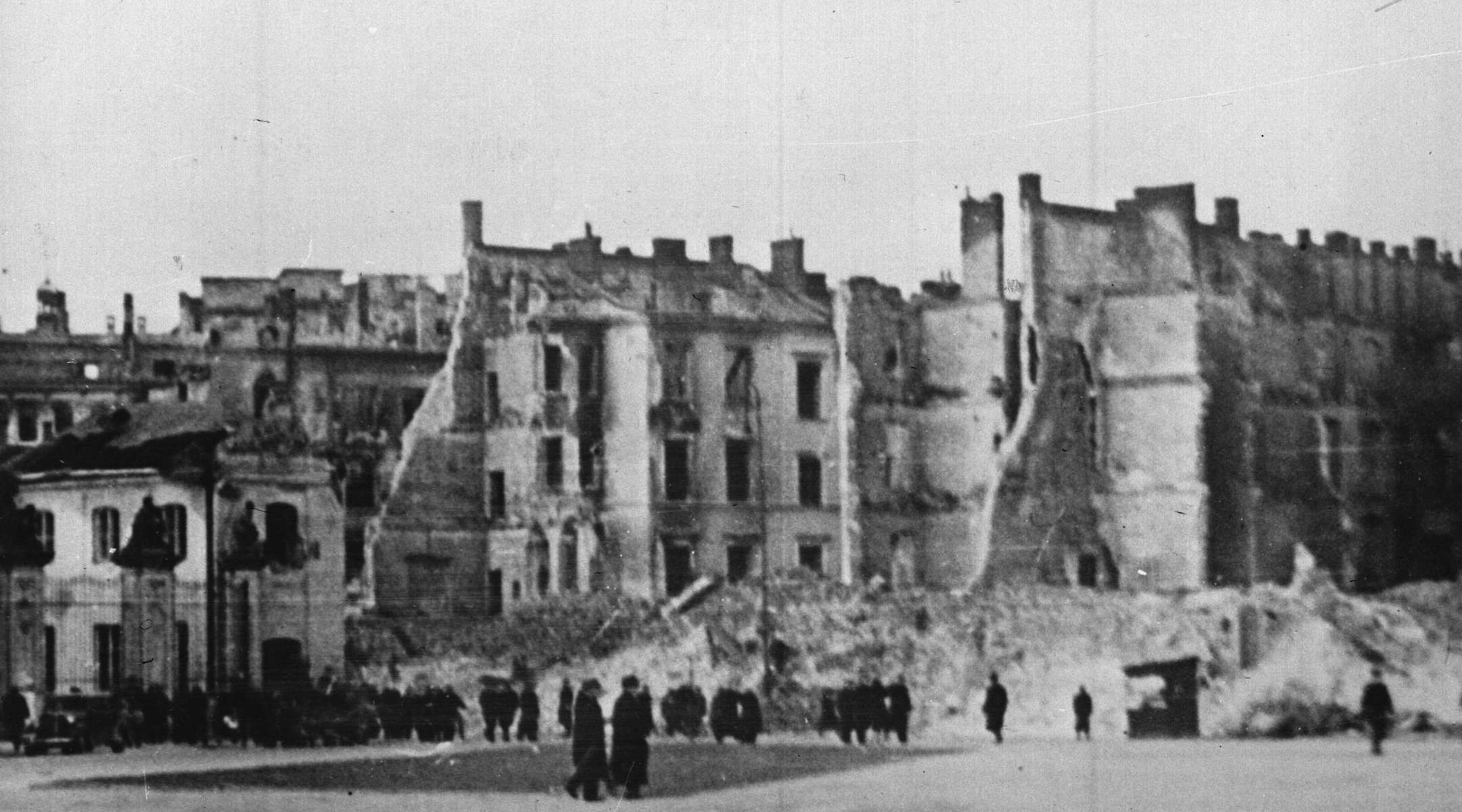 A view of bombed-out Warsaw in 1939. (Albert Harlingue/Roger Viollet via Getty Images)
See Original Daily Bulletin From This Date
Advertisement

Religious Jews participating in Warsaw’s defense Friday evening and Saturday gathered on the barricades for the observance of Yom Kippur, the Day of Atonement and most solemn holiday of the Hebrew calendar, according to news received through Polish channels.

Old bearded men in long kaftans and yarmelkes, who had been digging trenches under German bombardment, were released from active defense work for Yom Kippur, but were obliged to remain at the front since their homes and synagogues were in ruins.

Side by side with them, the children of the religious schools in their long coats were helping dig trenches in the front lines. These children make up 30 per cent of the socalled “Children’s Battalion” which is active in the defense of the beleaguered Polish capital.

The old Jews, while digging trenches, recited psalms and chanted “Vidui,” the confessional prayer said before death. They met each exploding bomb with a shouted “Sh’ma Yisroel!” (“Hear, O Israel”–prayer recited in time of distress). They were quite reconciled to death after the days of Nazi siege with insufficient food and sleepless nights.