Before the 19th century, there wasn’t a Jewish tradition to give Hanukkah presents.

Then again, points out Brandeis University professor Jonathan Sarna, before the 19th century, there also wasn’t much of a Christian tradition to give gifts during the Christmas season. Then American stores started encouraging the giving (and buying) of gifts, and the modern conception of Santa Claus gained popularity.

A much-older Hanukkah custom is the giving of gelt, or coins. The precise origin of giving Hanukkah gelt is unclear, though according to one popular explanation, it was a result of the Maccabee victory and the Jews’ regained ability to mint their own coins (and, thus, establish an independent economy).

In the 1950s, Hanukkah gifts became de rigeur for mainstream Jewish families. In fact, Jewish child psychologists as well as rabbis started promoting gifts as a way to make post-Holocaust Jewish kids happy to be Jewish, rather than miserable about missing out on Christmas.

To learn more about giving on Hanukkah, including some different customs from around the world, read MyJewishLearning’s article on Hanukkah gifts.

The 2013 Nice Jewish Guys Calendar is Here!
The Baddest Yiddish-Speaking Jews of Warsaw and New York 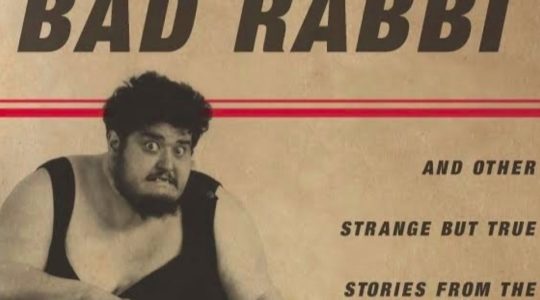