Oi to the World

“Our biggest sages were totally nonconformists,” says Yishai Romanoff, the lead singer and founder of Moshiach Oi!. “Abraham didn’t accept the status quo–all the leaders were liars. He wanted to smash it all; he smashed all the idols. That was as punk rock as it gets!”

Moshiach Oi! is a Hasidic Jewish punk band. Through songs like “This World Is Nothing” and “Smash Your Idols,” they retell ancient stories in a new light, recasting biblical heavyweights like Abraham and Moses as (what else?) punks and daydreamers…and as world-changers as well.

The members of Moshiach Oi!, in their call-and-response singalongs, offer tribute songs that are the sincerest form of punk-rock flattery, all within the context of rebellion and revolution. They make old Jewish stories relevant for a new generation of crazy dancers and mischief-makers. 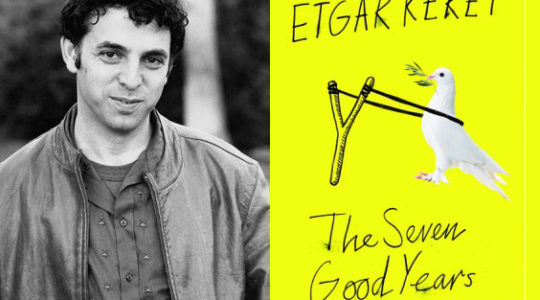