You’ve never not listened to music like this before.

During the 49-day period from Passover to Shavuot, the time of counting the Omer, many Jews abstain from listening to music. (Like all things Jewish, there are variable customs–some only abstain from live music; others wait 33 days and then turn the music back on.)

Y-Love, a black Orthodox Jewish M.C., recorded his 2008 album Count It using no DJ’s or backing tracks–only the vocals of Yuri Lane, a Chicago beatboxer who created all the album’s sounds using only his mouth. The title of the album is named after the act of counting the Omer, and, according to some, the album’s a capella theme renders it acceptable for this period. Despite that, its songs are intensely danceable. The album’s nine tracks are each inspired by a different holiday, from the mystical feel of “Lag Ba’omer” to the dance-party vibe of “Megillah Freestyle (Purim).”

Count It is a surprising endeavor. The variety of sounds that Lane is able to produce with his vocal chords is prodigious–but its narrative journey through the Jewish calendar, both musically and lyrically, is even more compelling. 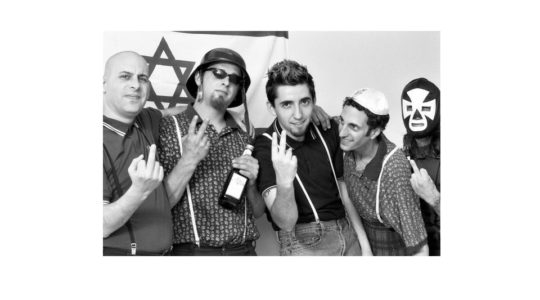